Group portrait of members of a Jewish girl scouting movement on an outing. 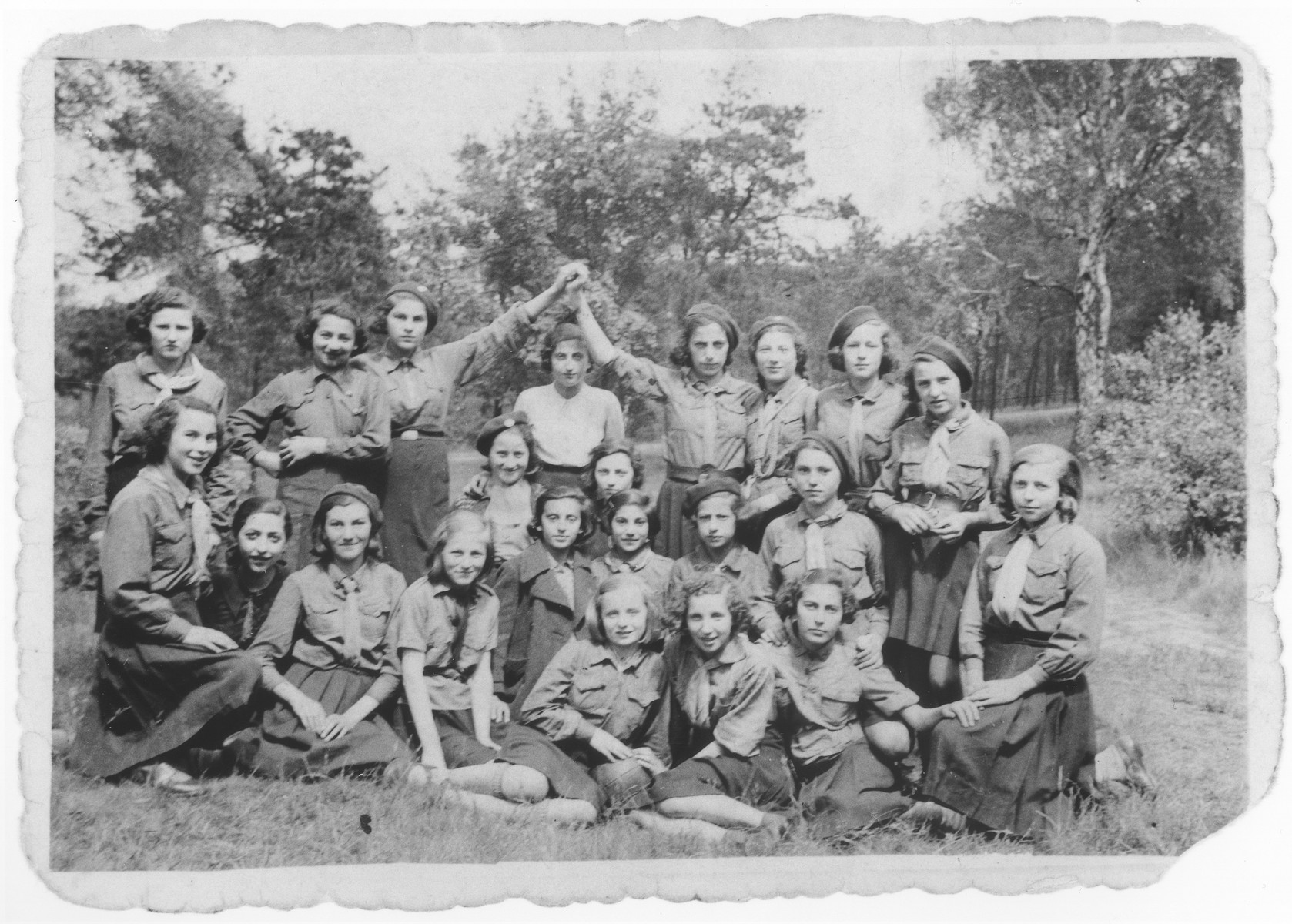 Group portrait of members of a Jewish girl scouting movement on an outing.

Biography
Hadassa Cudzynowski (now Gerstner) is the daughter of Bezalel and Sara Cudzynowski. She was born November 15, 1926 in Sosnowiec, Poland, where her father owned a kosher butcher shop, as had his father before him. Hadassa had one older sister, Lola (b. 1923). Hadassa attended the Maria Kononicka Jewish elementary school and belonged to the Hanoar Hatzioni Zionist youth movement. The Cudzynowski family remained in Sosnowiec after the German invasion of Poland. They continued to live in the same apartment, but soon had to share it with other families. Hadassa obtained work in a metal factory in town. In March 1943, at the time her family was being moved to the Srodula ghetto between Bedzin and Sosnowiec, Hadassa was taken for forced labor to the Faulbrück camp in Lower Silesia. At the end of the year she was transferred to the Langenbilan camp, where she made clothing for German parachutists. Hadassa remained in Langenbilan until her liberation by the Soviet army on May 8, 1945. She then returned to Sosnowiec, where she was reunited with her sister. Lola had been deported to Auschwitz in August 1943 along with her parents. They were murdered, but Lola managed to survive on her own through the last year of the camp's existence and the death march that followed its evacuation. After a brief stay in Sosnowiec, Hadassa left Poland for Germany with a group organized by the Bricha. She was detained for a month along the way in Nachod, Czechoslovakia, but eventually made it to Beiden, Germany in September 1945. For the next three years she resided in Beiden, where she studied at the local ORT school. For a time she also joined the nearby Nocham kibbutz hachshara [Zionist collective]. During this period she met and married Menachem Gerstner, a fellow Polish Jewish survivor from Chrzanow. Together they immigrated to Israel in the fall of 1948.