A group of children pose in a cabana on the beach in Duhnen, Germany. 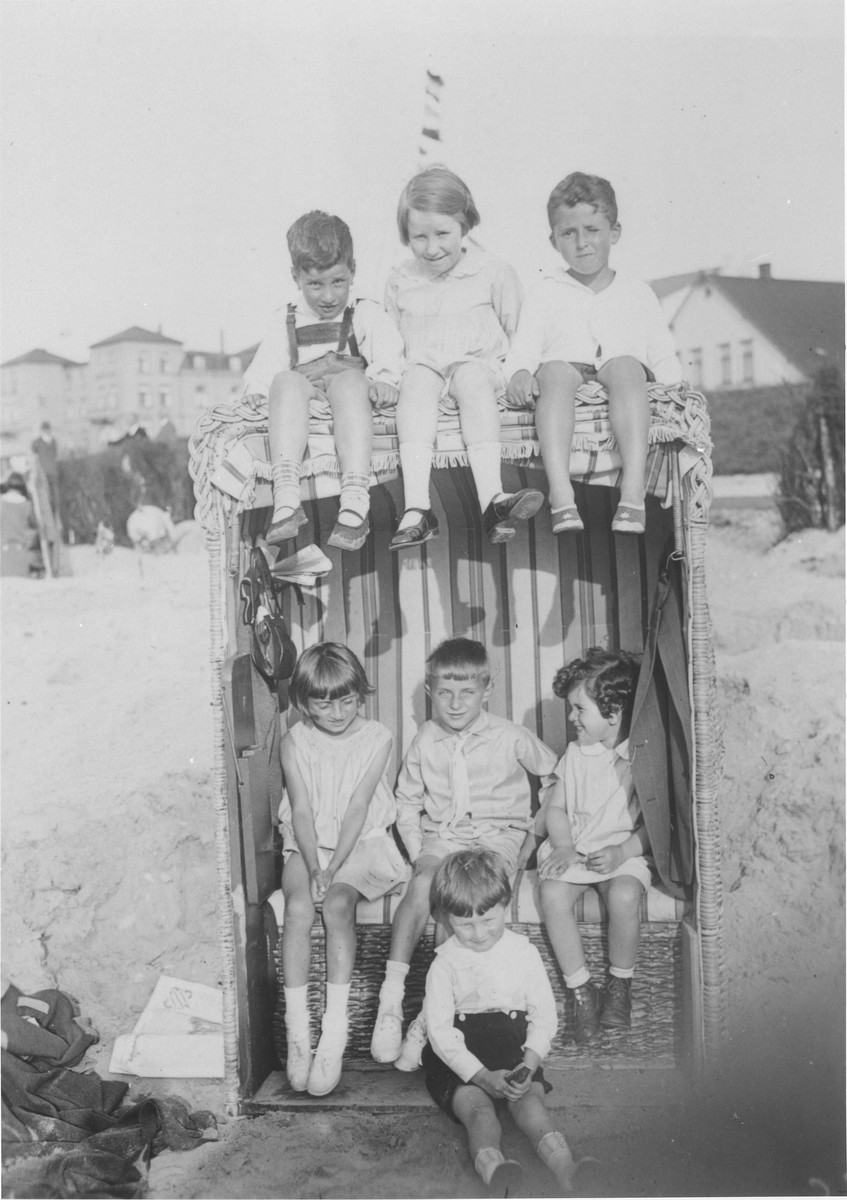 A group of children pose in a cabana on the beach in Duhnen, Germany.

Eva Rosenbaum is pictured sitting inside at the right; her brother Heinz Peter is sitting on top at the left.