Passport issued to Eva Rosenbaum a few days before she left on a Kindertransport to England. 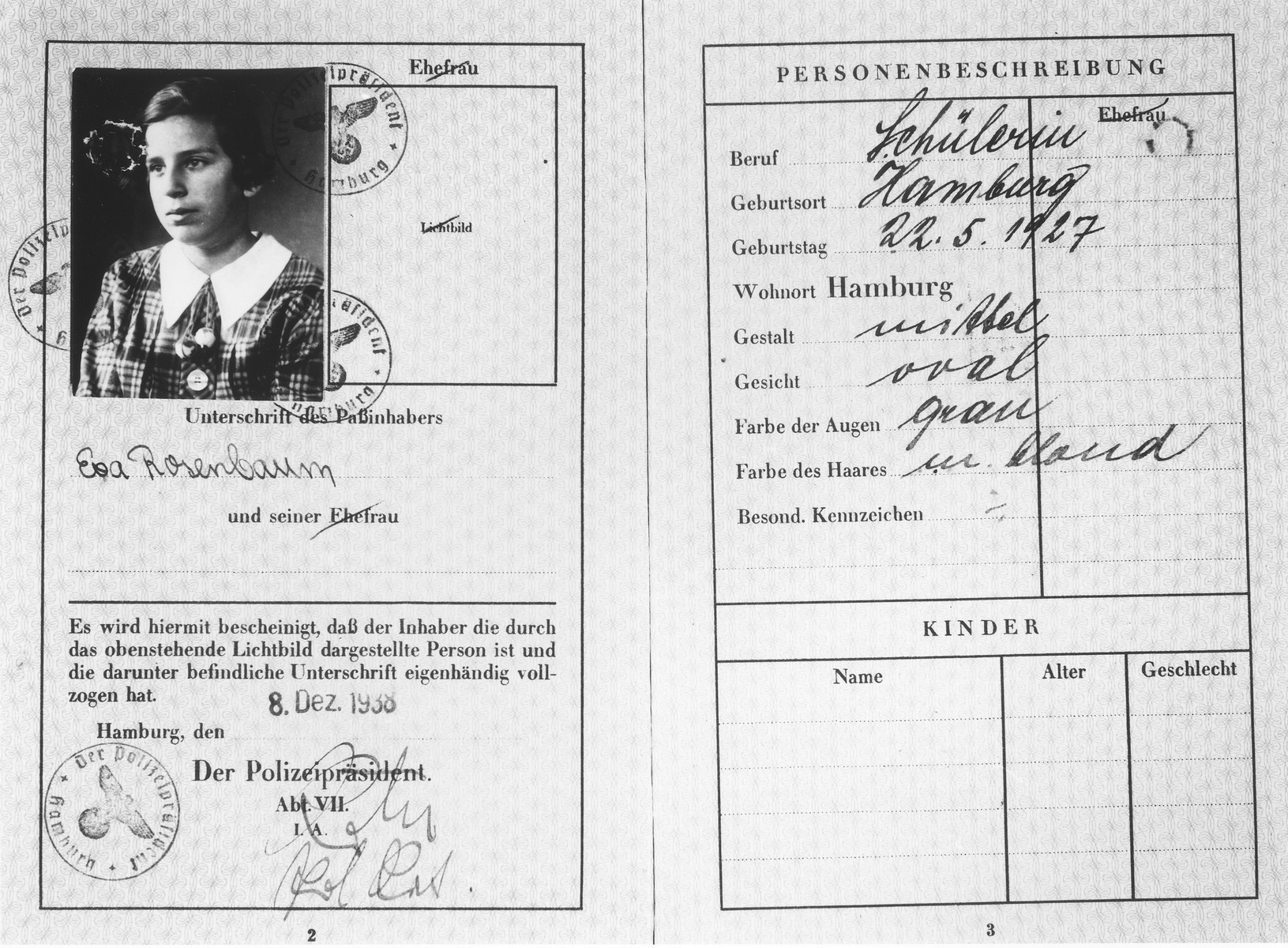 Passport issued to Eva Rosenbaum a few days before she left on a Kindertransport to England.

https://encyclopedia.ushmm.org/content/en/article/kindertransport-1938-1940.
Biography
Eva Abraham-Podietz (born Eva Rosenbaum) is the daughter of Ernst and Else (Jacobus) Rosenbaum. She was born on May 22, 1927 in Hamburg, Germany, where her father was in the import-export business. She had one brother, Heinz-Peter (b. 1924). During the summer of 1938 Eva's father moved to England and made preparations for his family to join him. Heinz-Peter followed him in September, after being sponsored by Mrs. Marder, a British woman who provided sponsorship to a number of German Jewish refugee children. On December 12, 1938 Eva left for England on the second Kindertransport. After arriving in Harwich, she was taken to a temporary shelter at the nearby Dovercourt Bay holiday camp. A few weeks later Eva was sent to live with a foster family in Nottingham, where she worked as a nanny for their two-year-old daughter. Neither Eva nor her brother, who was living with another family in Nottingham, could join their father, who did not have the means to house and support them. Eva's mother was the last to reach England, arriving in August 1939, only a short time before the outbreak of WWII. After her parents found an apartment in London, Eva moved in with them. A few weeks later, however, she was evacuated with her new classmates to Northampton, where she stayed with a series of foster families over the next three years. In the fall of 1942 Eva returned to London, where she matriculated and received training as a teacher and social worker. After the war Eva worked for the American Jewish Joint Distribution Committee assisting Jewish displaced persons in Germany and Brazil.