A father watches his son walk to school down a street of the shtetl. 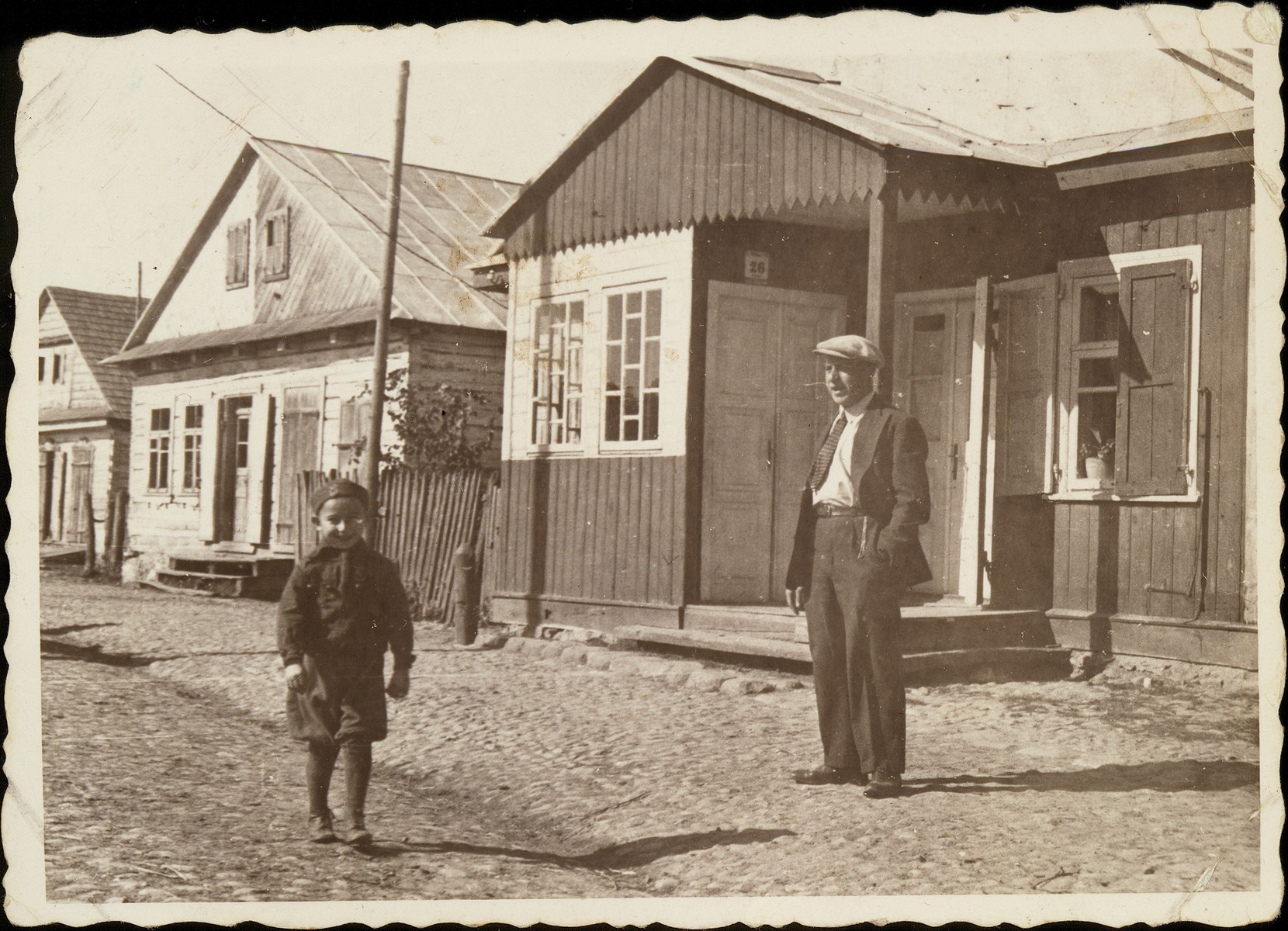 A father watches his son walk to school down a street of the shtetl.

Biography
Morris and Yitzhak Asner immigrated from Nacha to America before World War I. Morris remained in America; he is the father of actor Ed Asner. Yitzhak returned to Nacha. He later was murdered by a Polish policeman in the Radun ghetto. His sons Avraham and Yankl served in the Polish army in the 1930s. Avraham survived several attacks by members of the Polish Home Army, including one that left a bullet lodged in his leg. Yankl Asner survived the Holocaust as a partisan with his brothers only to be arrested and tortured after the war. He shot himself. All other members of the family perished.