The Rushkin family poses with their new motorcycle. 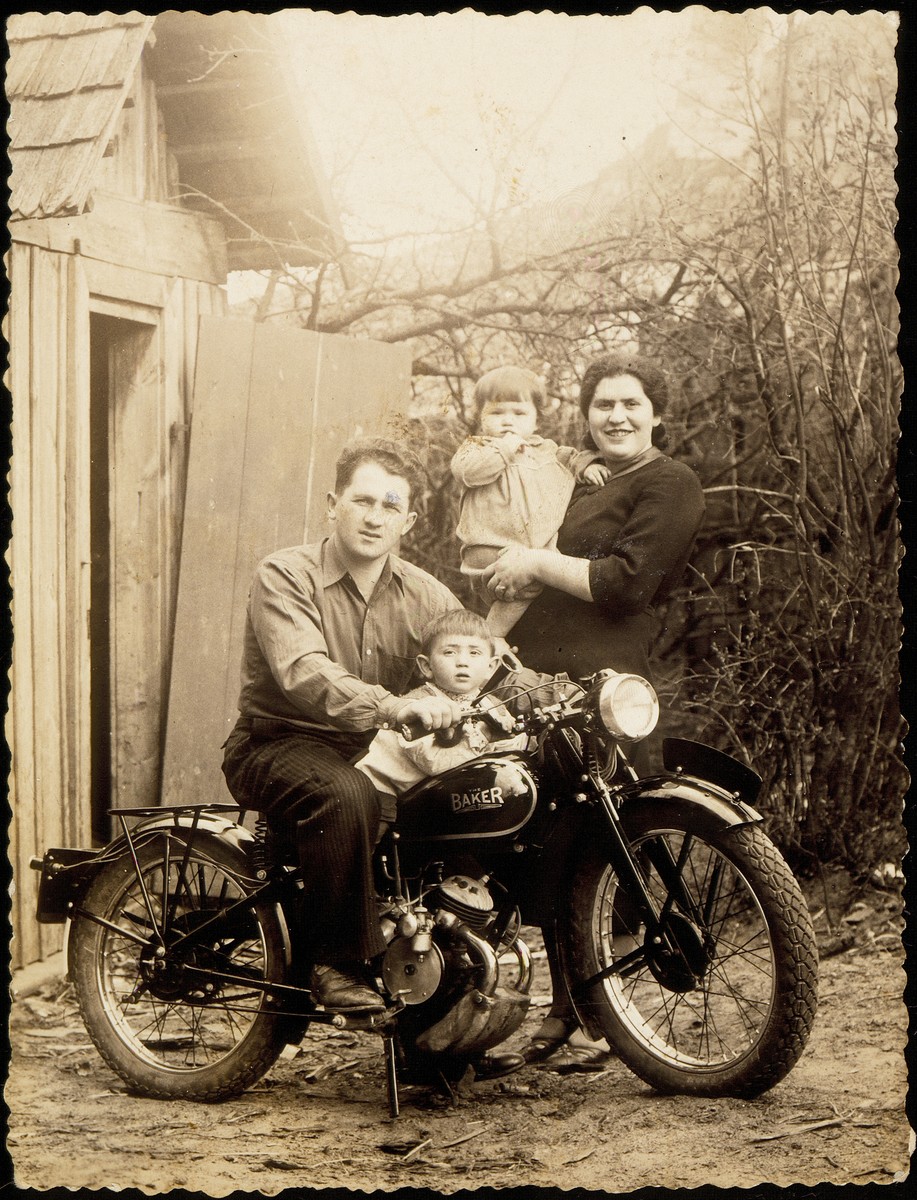 The Rushkin family poses with their new motorcycle.

Biography
Avraham Rushkin and Miriam Koppelman Rushkin had a son Elisha and a daughter Sarale. Miriam (Mirke) died in 1940. Sarale was murdered in the Dyatlovo ghetto in August 1942. Avraham, a dentist, went from his hiding place in the forest to a former patient, a Polish farmer, to ask for food for him and his son. After a warm reception and a gracious supper, the farmer shot Avraham at close range. Elisha was caught by the Germans. In order not to waste bullets, they split open the head of the six-year-old boy with the butt of a machine gun. Though they left him bleeding in the snow, Elisha survived the war.

Copyright: Agency Agreement
Provenance: Frischer Family
Source Record ID: RN26-31
Published Source
There Once Was a World - Eliach, Yaffa - Little, Brown - p. 311
Restriction
NOT FOR RELEASE without the permission of the The Shtetl Foundation
Record last modified: 2004-05-10 00:00:00
This page: https://collections.ushmm.org/search/catalog/pa1125612