A special meeting of Hashomer Hatzair in Eisiskes attended by counselors from Vilna, including Abba Kovner. 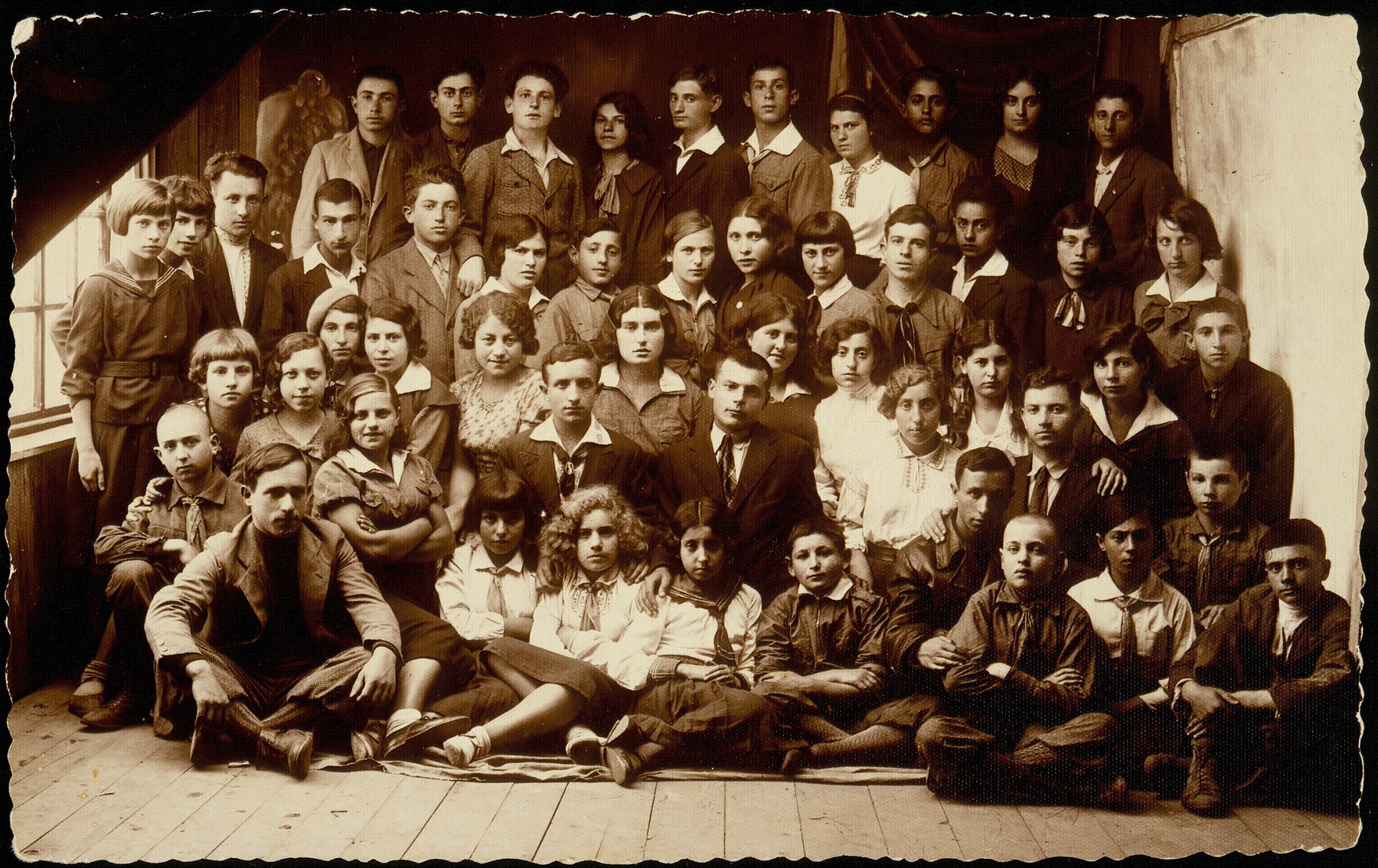 A special meeting of Hashomer Hatzair in Eisiskes attended by counselors from Vilna, including Abba Kovner.

Among those pictured are: top row, from right to left: Boyarski, Krupski, Kaplan, Bichvid, unknown, son of Aronka, Reb Yoshe the coachman's son, unknown; second rowfrom the top: Michalowski, Boyarski, Krupski, Bichvid, Cofnas, Portnoy, Borshanski, Levitan (first names are unknown); third row from the top: Herzl, Miriam Lewinson, Lebovitz, Ginunski; fourth row from the top: Garmenishki, Rosenblum, Shalom Kahn, Reuven Paikowski. Sitting on the floor are Abba Kovner (with his hand on the boy in front of him), Manosh Blacharowicz, and Stoller (the girl in the center with blond curly hair).

Only 11 of those pictured survived the Holocaust, among them Abba Kovner and Reuven Paikowski.