Young people enjoy a Saturday night get-together at the house of Sorl Kabacznik. 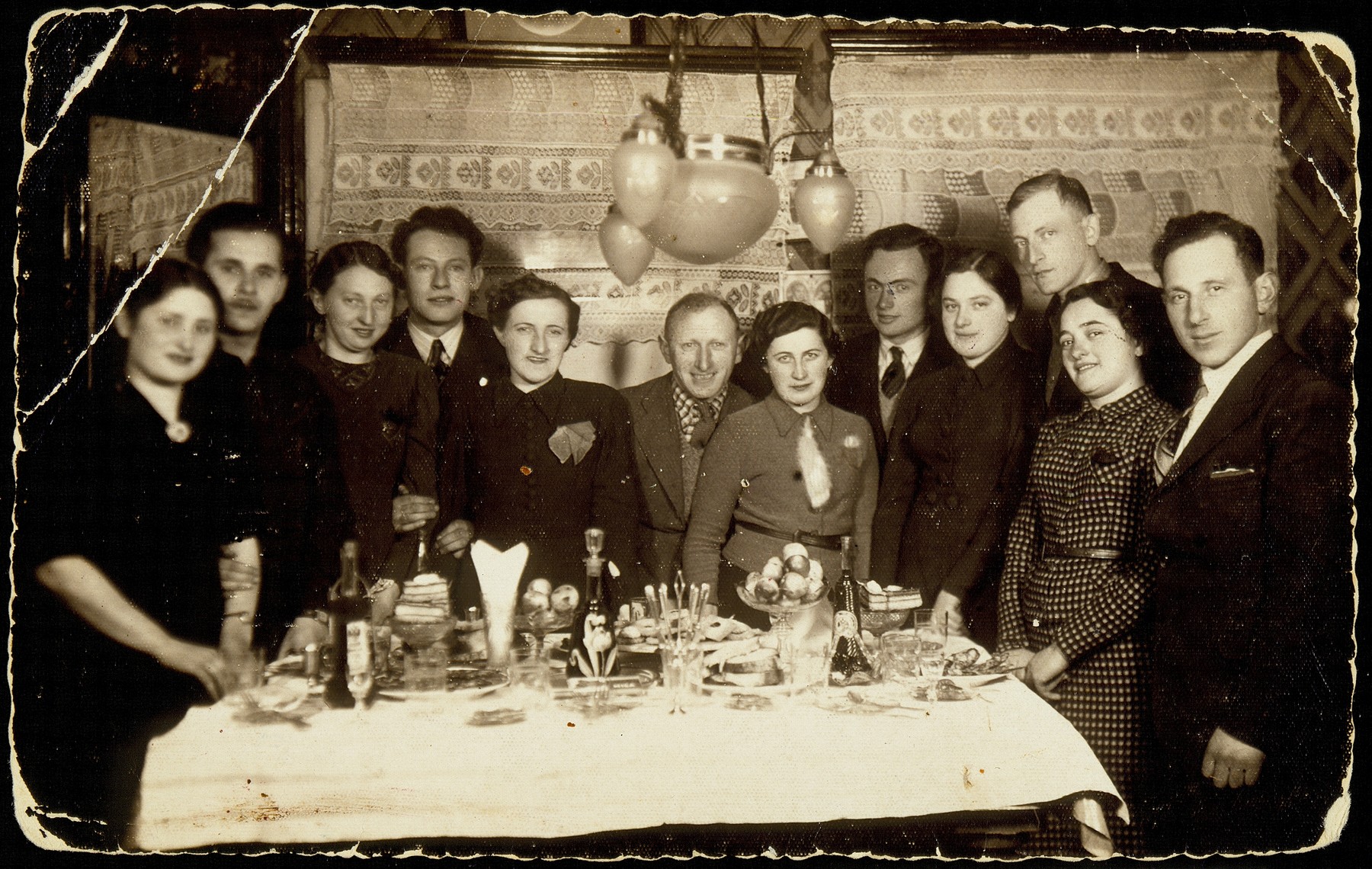 Young people enjoy a Saturday night get-together at the house of Sorl Kabacznik.

Biography
Aron Koplowicz (b. 1884) and his wife Rywka (Gutman) Koplowicz (b. 1886) lived in Bedzin, Poland, where they owned a textile business located in the Old Market Square. The couple had seven children: Judl, Mirele, Gelcia, Szlomo, Roza (b. 1914), Cesia (b. 1920), and Sara (Sala b. 1922). Aron belonged to the Gerer Hasidim and was a respected member of the Jewish community. The Koplowicz household was strictly observant and the children attended only orthodox religious schools. The family traveled regularly to popular spas like Kaminsk, Krynica, and Rabka and to Lodz to visit their daughter Gelcia Zajdman and her family. Despite their religious life style the Koplowicz daughters were always fashionably dressed and on occasion were photographed in swimwear. After the German occupation began, Aron Koplowicz stopped wearing traditional orthodox dress in order to protect himself from random acts of violence often aimed at religious Jews. During the war Gelcia moved back to Bedzin with her family. The extended family of approximately 30 people lived together in the ghetto in three small rooms. Though their textile store was Aryanized, the family continued to run it. Roza and Cesia found jobs at another Aryanized Jewish store which protected the family from deportation for some time. Roza was married at the beginning of 1943. During the liquidation of the ghetto in August of that year most of the Koplowicz family was deported to Auschwitz. Gelcia and her family evaded the action by hiding in a bunker, but apparently did not survive the war. Cesia was the only member of the immediate family to survive. After the war she immigrated to Israel where she died in the 1980s. A cousin named Chana Koplowicz also survived and moved to Israel. She passed away in 1997.