Group portrait of German Jewish refugee children and their caretakers who came to England from the Netherlands. 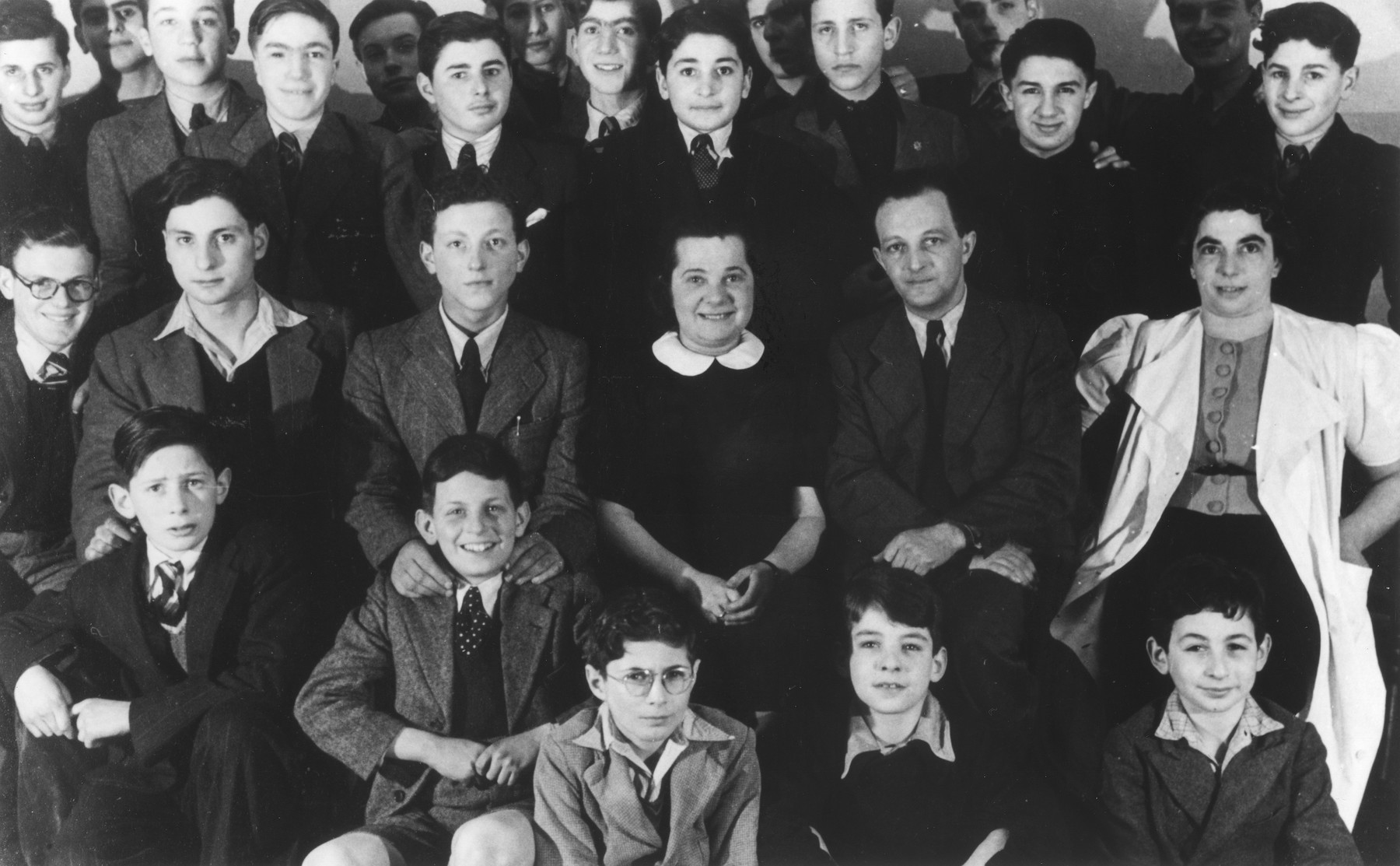 Group portrait of German Jewish refugee children and their caretakers who came to England from the Netherlands.

Among those pictured are Mr. Siegfried Alexander and his wife Erna and the housemother, Martha Strauss (in the white coat).