Group portrait of German Jewish refugee children who had come to the Netherlands on a Kindertransport, shortly before their evacuation to Britain. 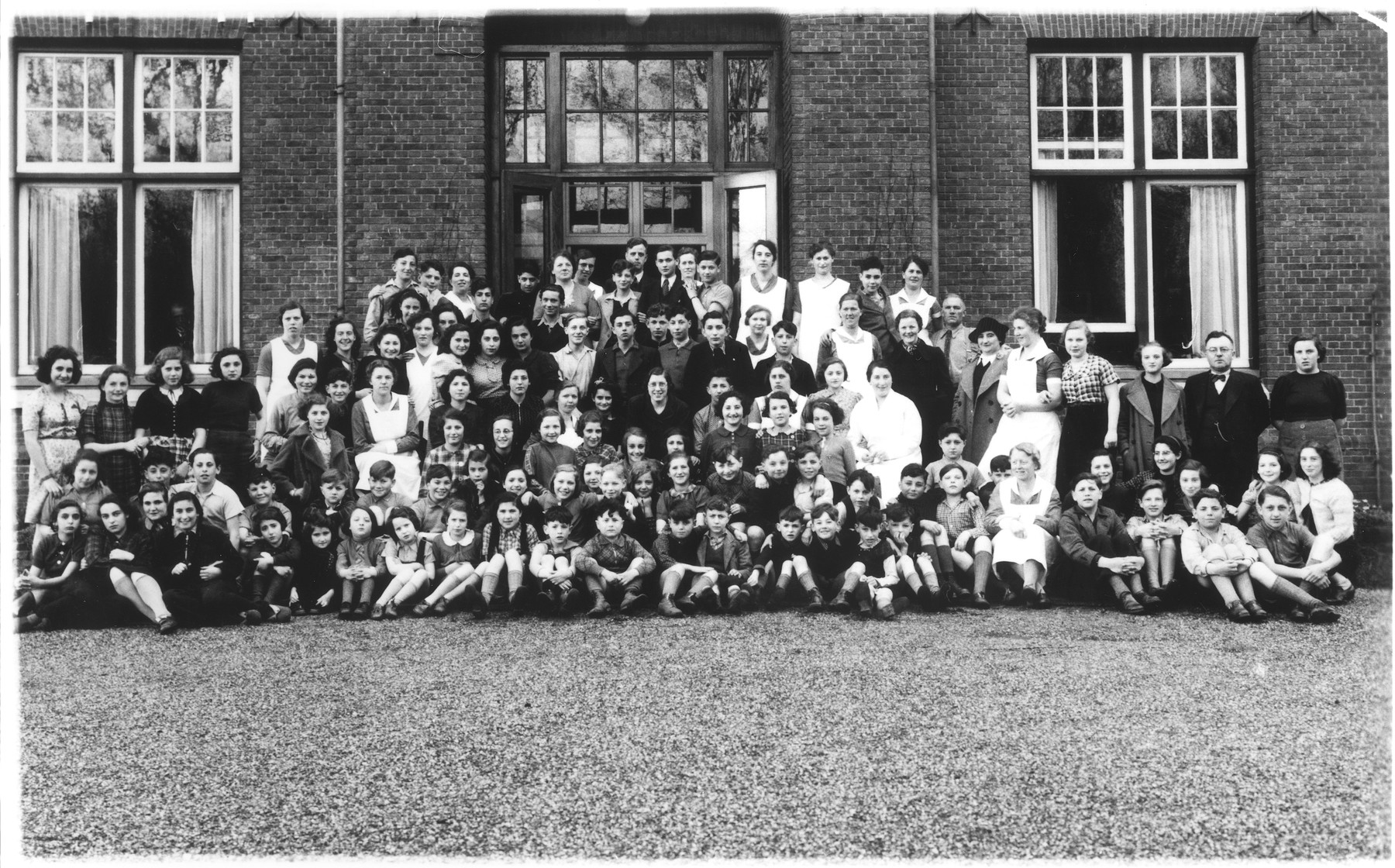 Group portrait of German Jewish refugee children who had come to the Netherlands on a Kindertransport, shortly before their evacuation to Britain.

Those pictured include Hans and Oskar Levy, Helga and Kurt Gottschalk, Mirjam [and probably Otto and Edith] Szpiro.