A Jewish refugee family lights a Hanukkah menorah in their room at the Fort Ontario refugee shelter. 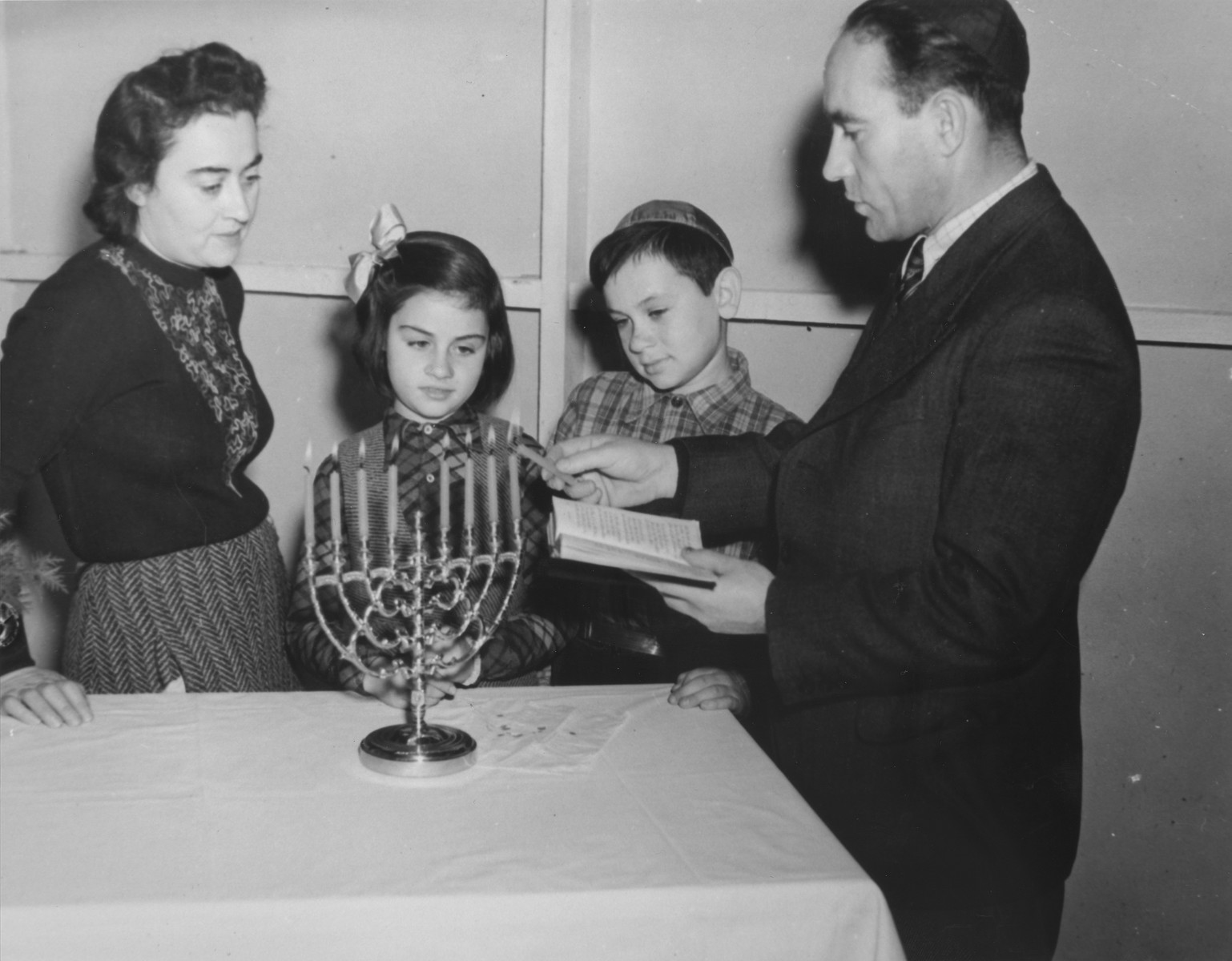 A Jewish refugee family lights a Hanukkah menorah in their room at the Fort Ontario refugee shelter.

Pictured are Eisig and Hana Hendel, their daughter Ruth, and nephew Vilko Kremer.

https://encyclopedia.ushmm.org/content/en/article/the-war-refugee-board.
Biography
David Hendell (born David Hendel) is the son of Hana Weissman Hendel and Eisig Hendel. He was born on September 11, 1928 in Zagreb, Croatia where his father was a textile merchant. He had one younger sister, Ruth born on April 26, 1935. After the German invasion of Yugoslavia, the family fled from Zagreb to the Italian occupied zone. Hana and Ruth left first, and after several unsuccessful attempts, David and his father joined them. They stayed in Iin Susak for a about a month and then went to Ljubljana, Slovenia for several months. David's grandmother Yetta Weissman, and Hana's sister, Bertha Kremer, together with her two boys, Vilko and Herman, joined them in Ljublijana. They fled Zagreb after the Ustashi killed Bertha's husband, Aron, and David's grandfather, Mordechai Weissman. From there they eventually came to Italy proper and lived in the town on Rovigo until the German invasion of Italy in September 1943. They then left for Rome and lived under false papers. David, together with his cousin Herman Kremer, studied in the Coleggio San Leone Magno, a Catholic Vatican school. In August 1944, following the American liberation of southern Italy, the Hendel family registered to join a refugee transport to the United States. After crossing the Atlantic on the naval vessel, the Henry Gibbins, David and his family were brought to the refugee camp, Fort Ontario in Oswego, New York. Bertha, Herman and Vilko also came to Oswego while Yetta stayed with her two other daughters, Hajka and Darika and eventually immigrated to Brazil. The Hendels lived in Oswego for the next year and a half and after they were granted permission to remain permanently in the United States in 1946, David and his family moved to New York City. David served two years in the military and then attended Columbia University School of Dental and Oral Surgery, graduating in 1959.