A group of young Jewish men wearing suits and ties sits outside around a table. 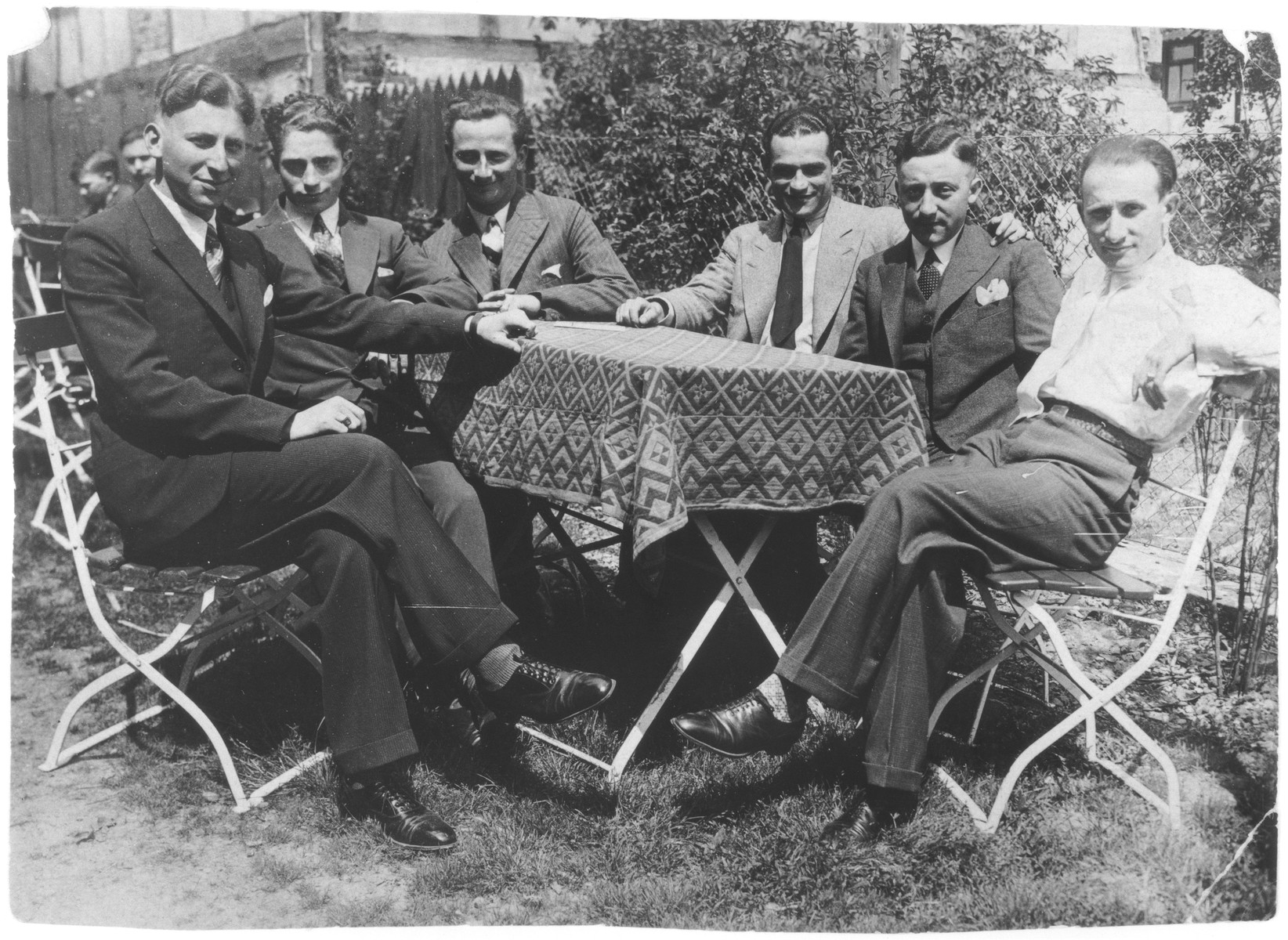 A group of young Jewish men wearing suits and ties sits outside around a table.

Among those pictured is Siegfried Kaiser.

Biography
Sonja Kirschner (born Sonja Kaiser) is the daughter of Siegfried and Ruth (Kaufmann) Kaiser. She was born on May 29, 1934 in Schwarzenborn, Germany, where her mother's family had lived for generations. Soon after the Nazis came to power, Siegfried could no longer work as a butcher and sausage maker. For a time he tried to earn a living by buying and selling cattle in neighboring towns. When this failed the family moved to Frankfurt am Main in 1936. There, Siegfried found work as a chauffeur for a wealthy Jew. His duties included smuggling Jewish men across the border to Switzerland. Each refugee was bandaged to look like a burn victim in need of medical treatment. Siegfried, who did not look Jewish, posed as a loyal Nazi and exchanged Hitler salutes with the German border guards. He carried on this task for almost two years until he was arrested on the day after Kristallnacht and sent to Dachau. He was released three months later on condition that he leave the country within thirty days. The family quickly arranged passage to Shanghai, sailing out of Genoa on the Conte Bianco Mano. Travelling with them were Sonja's aunt and uncle Rosi and Adolf Kaiser. When the family arrived in Shanghai, they first lived in a Heim, where Siegfried and Ruth operated a soup kitchen sponsored by a charitable organization. Later they rented their own apartment in Hongkew, and Siegfried opened a small butcher shop. After the Hongkew ghetto was established in 1943, Siegfried abandoned the butcher shop that was outside its borders. The Kaisers then bought a building within the ghetto and lived on the top floor with another family, while Siegfried ran a sausage factory on the first floor. After the war the Kaisers remained in Shanghai for another two years. After receiving immigration visas for the United States, they left Shanghai on March 20, 1947 on board the SS Marine Lynx. Siegfried's parents and most of his siblings immigrated to Argentina in 1935, except for his oldest sister, Hanna who was killed in Riga along with six of her seven children. Ruth's mother, Jetchen Kaufmann, who declined to go with the rest of the family to Shanghai in 1939, was deported to Theresienstadt in 1942, where she died six months later.