A group of children sit behind a barracks in the Ulm displaced persons camp. 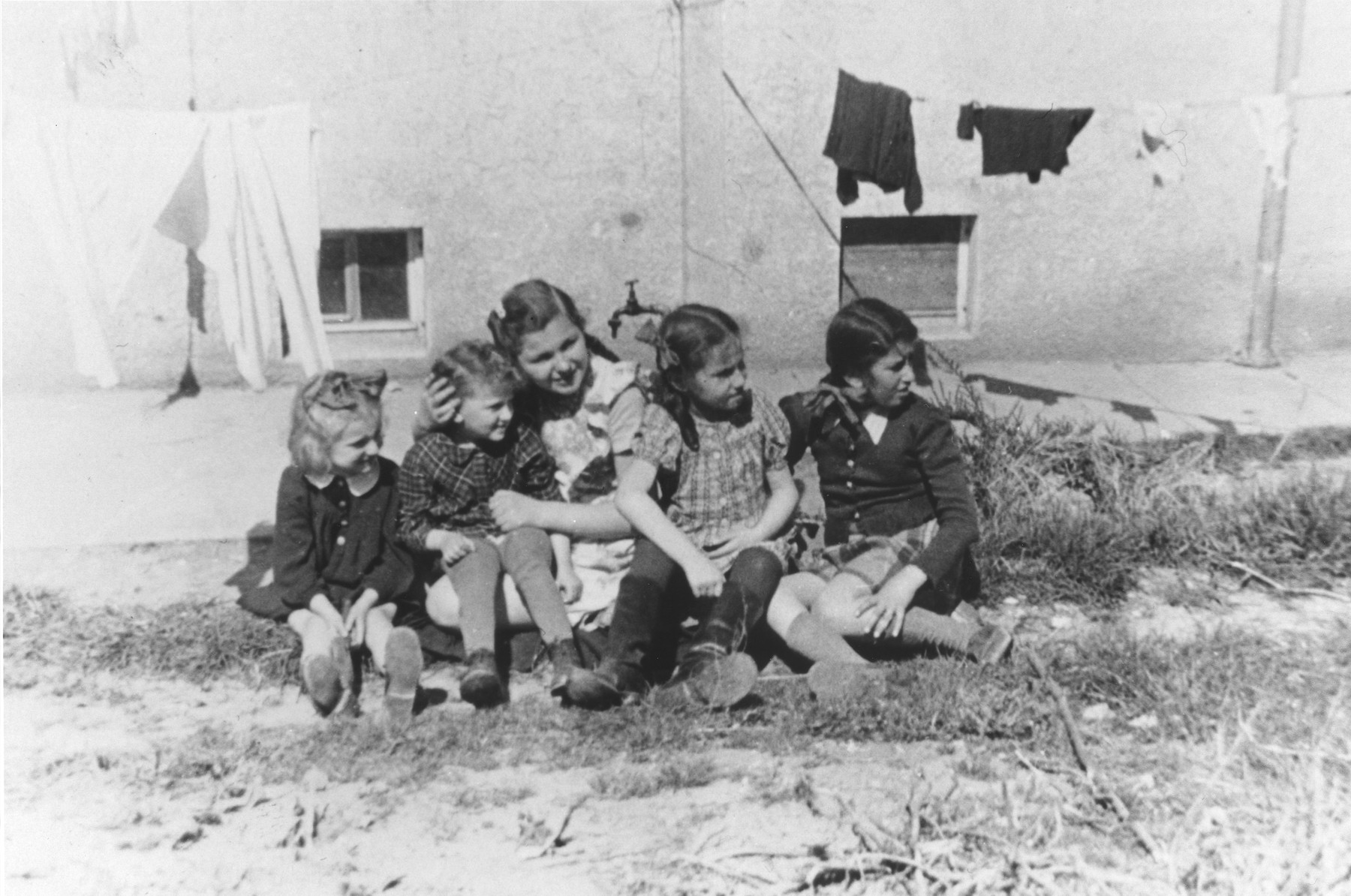 A group of children sit behind a barracks in the Ulm displaced persons camp.

Among those pictured is Lila Rajs (center) and Yanka Galler (far right).