Breine Plotnik stands with three friends in front of her house. 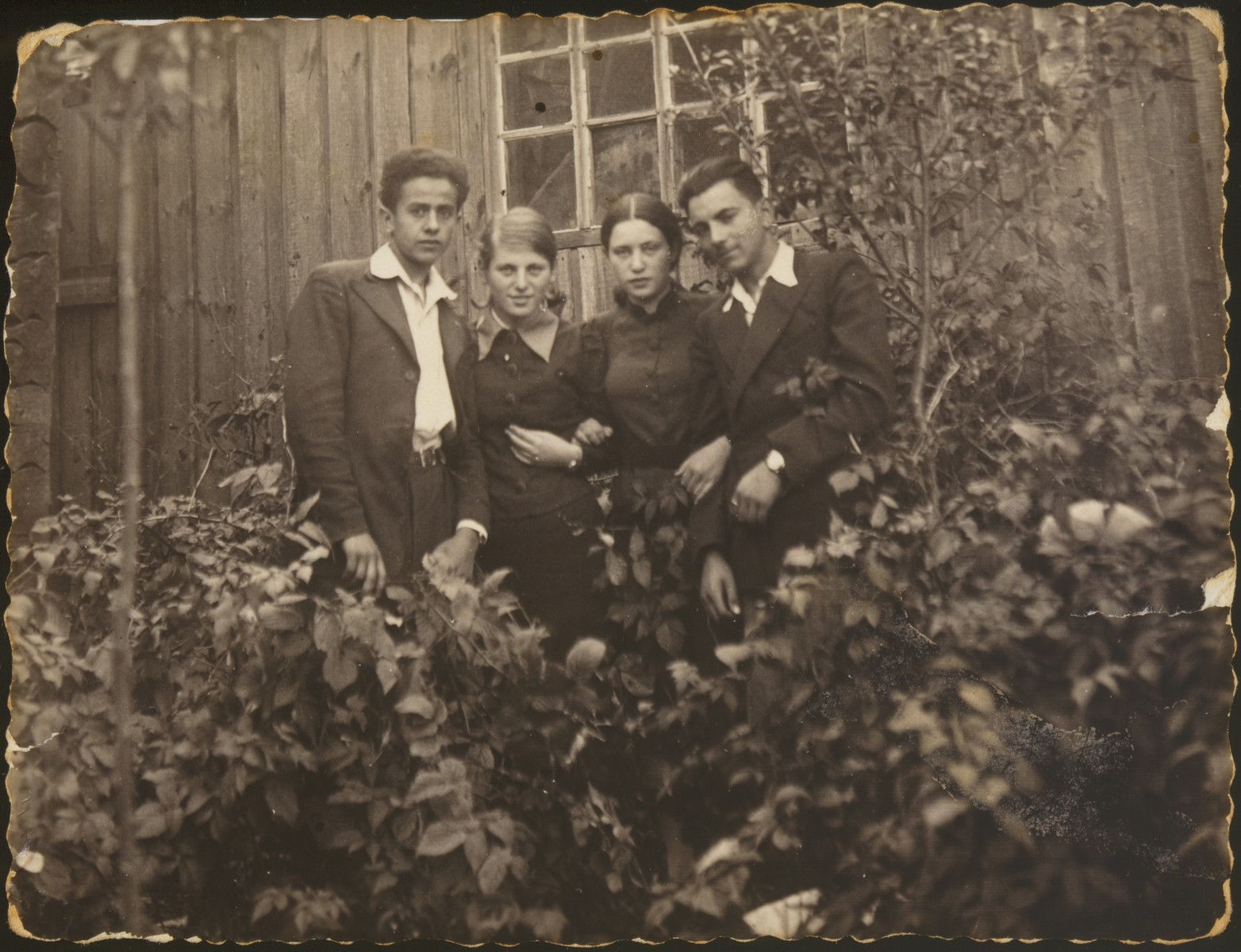 Breine Plotnik stands with three friends in front of her house.

Breine Plotnik is standing second from left. The photo was inscribed in Yiddish, "In memory for Hayya Sarah Plotnik from me your sister friend and friend Breine Plotnik, Eishyshok. January 1, 1938."