Group portrait of the children and staff of the Château de Vaucelle children's home in Taverny. 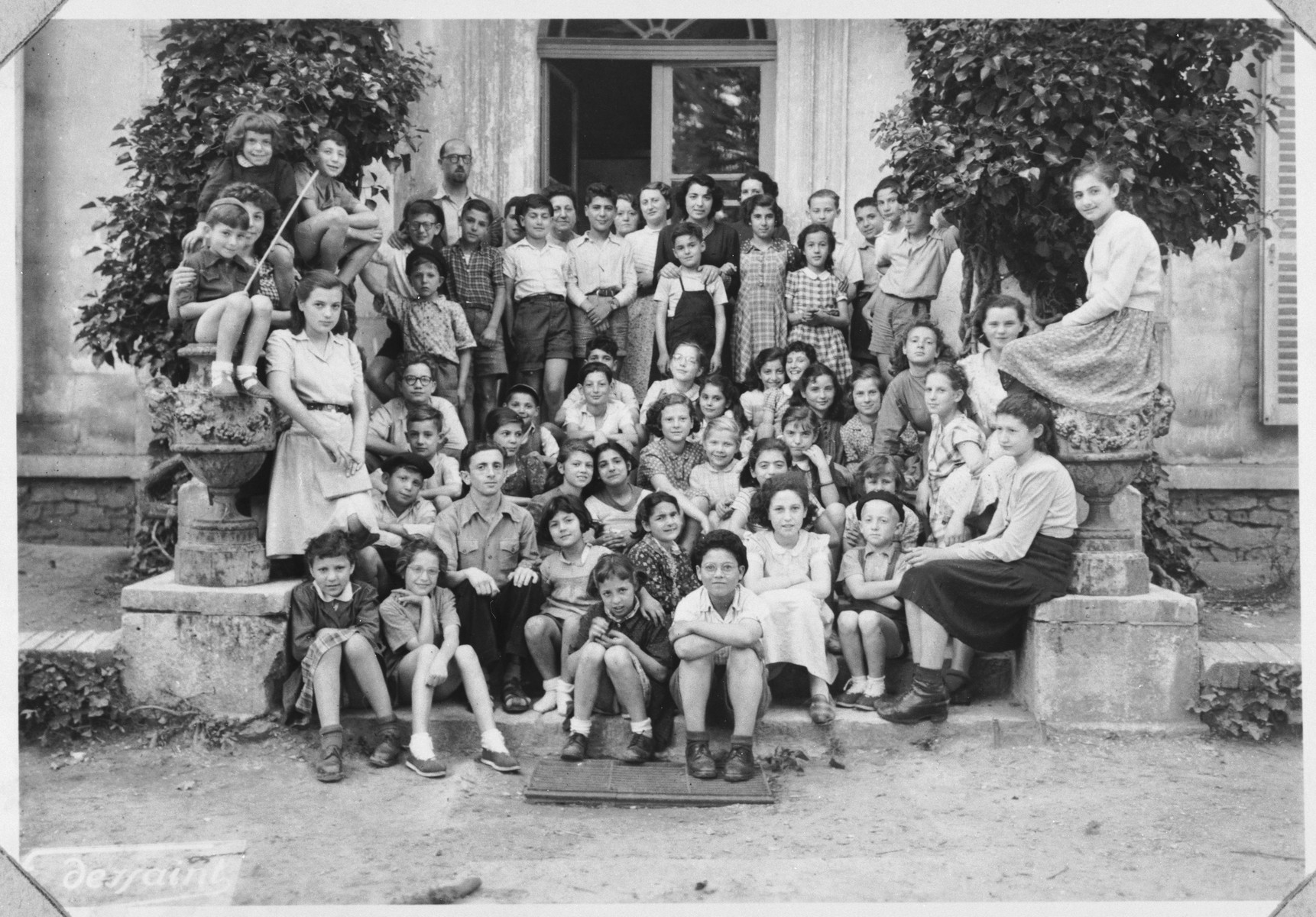 Group portrait of the children and staff of the Château de Vaucelle children's home in Taverny.

Event History
The Taverny children's home, Chateau de Vaucelles, was opened in 1945 to accommodate 60 religious child survivors of Buchenwald. It was directed by Judith Hemmediger and her assistant Gaby (Nini) Wolf.
Biography
Beate Michael (born Beate Zimmern) is the daughter of David and Lydia (Bloch) Zimmern. She was born on December 30, 1937 in Mannheim, Germany, where her father worked for a restaurant. Shortly after Beate's birth the family moved to Walldürn, where her younger sister, Felice, was born two years later. The family remained there until they were deported to the Gurs internment camp in France on October 10, 1940. While in Gurs, relief workers contacted the family and requested permission to remove the two girls to an OSE children's home. They agreed and the girls were sent to La Pouponniere in Limoges, a home for preschool age children. After staying at the home for two years, Beate was placed in hiding in a convent, while her sister was sent to live in the home of Gaston and Juliette Patoux, French farmers who owned a vineyard in La Caillaudiere, near Châteauroux. Beate joined her sister at the Patoux home three months before the end of the war. The Patoux family cared for the girls as their own until liberation. After the war, Beate and Felice spent three years at the OSE children's home in Draveil, followed by another three years at the Château de Vaucelle home in Taverny. In January 1951 they immigrated to the United States on board the S.S. Washington. Their parents, David and Lydia Zimmern, did not survive. They were transferred from Gurs to Rivesaltes and then to Drancy, where on November 4, 1942, they were sent on convoy #40 to Auschwitz and murdered.