Joel, Reha and Judis Fabian present a bouquet of flowers to Rabbi Leo Baeck upon his arrival in Hamburg at the start of a three week visit to Germany. 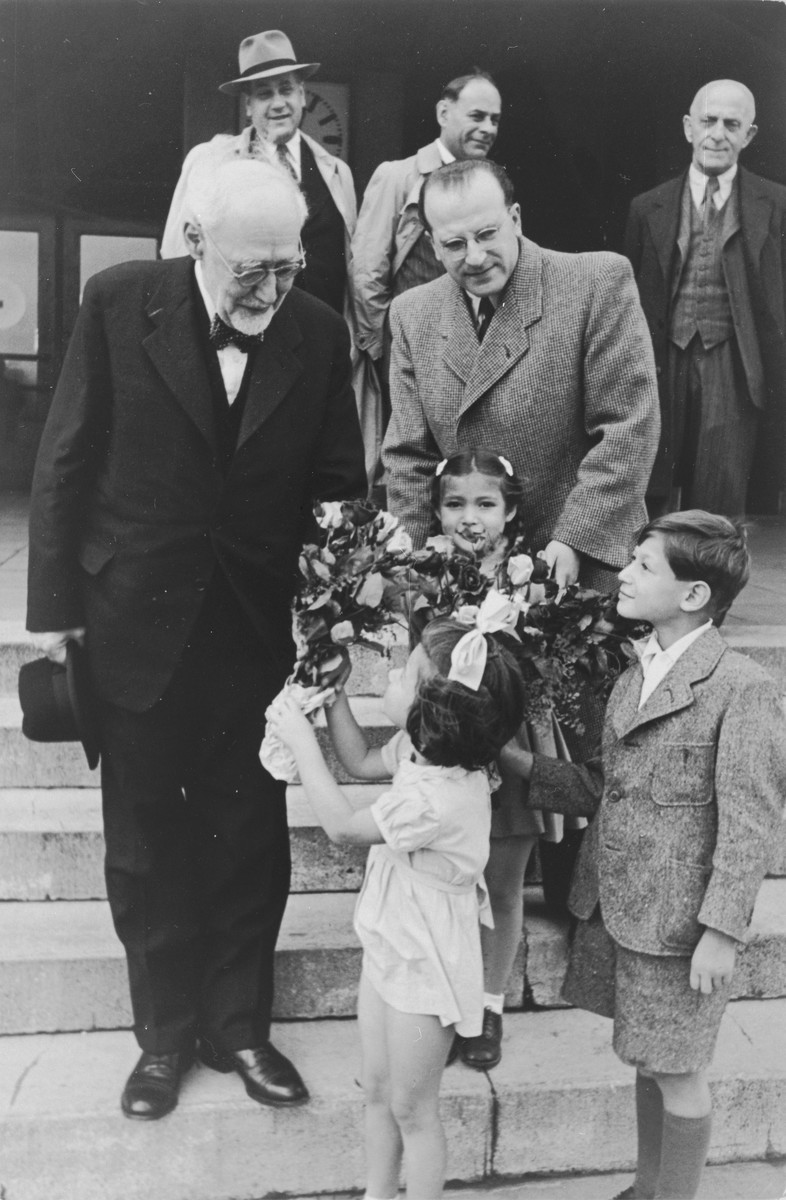 Joel, Reha and Judis Fabian present a bouquet of flowers to Rabbi Leo Baeck upon his arrival in Hamburg at the start of a three week visit to Germany.

The three children are survivors of Theresienstadt. Their father Hans Erich Fabian is standing in the background wearing a hat.