Rabbi Leo Baeck is interviewed by a British soldier upon his arrival in Hamburg at the start of a three week visit to Germany. 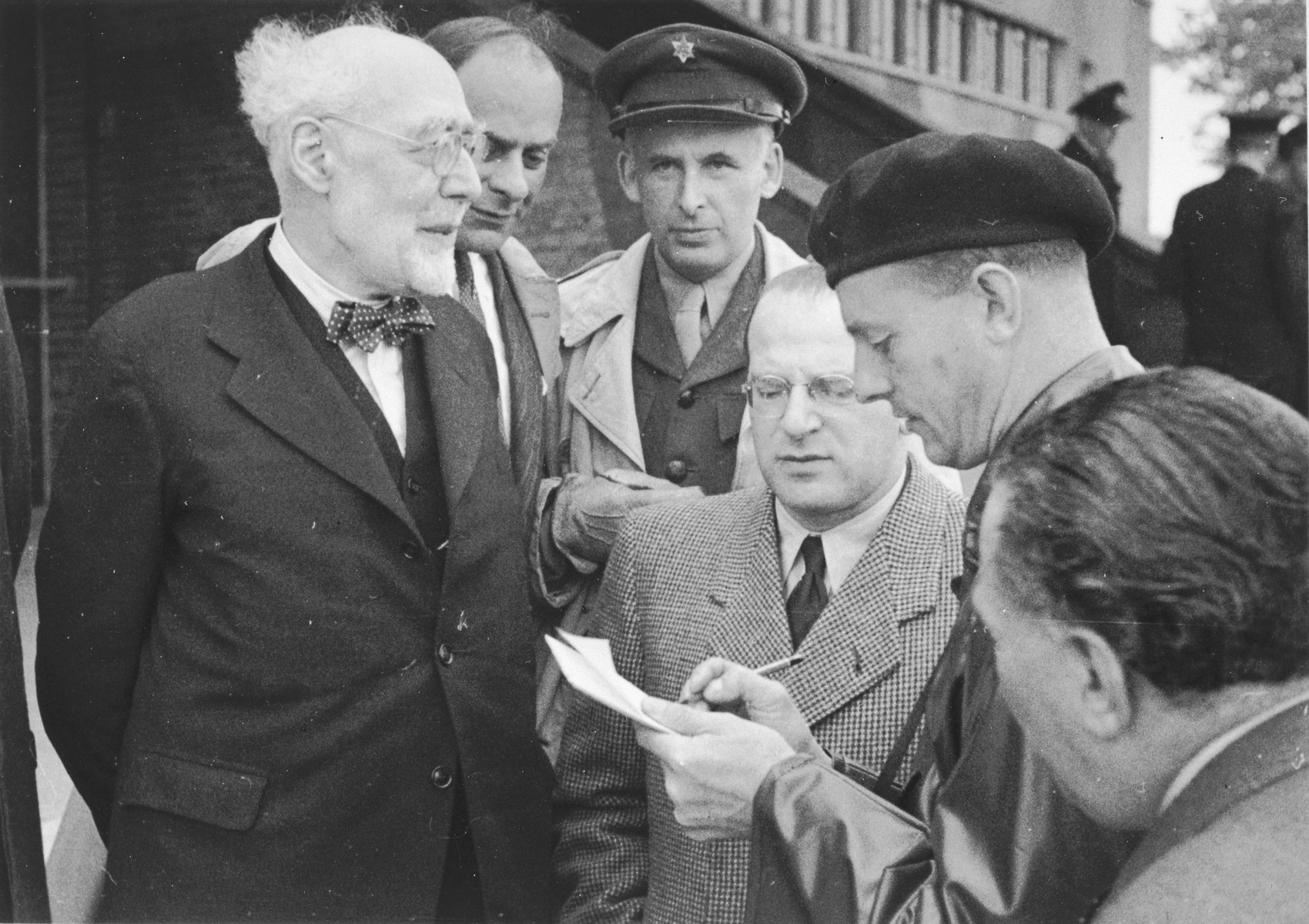 Rabbi Leo Baeck is interviewed by a British soldier upon his arrival in Hamburg at the start of a three week visit to Germany.

Also pictured are Norbert Wollheim (wearing glasses in the center) and Heinz Salomon, Leader of Jewish Welfare after the war (behind Leo Baeck).