Group portrait of passengers on board the Asama Maru en route from Yokohama via Oahu to San Francisco. 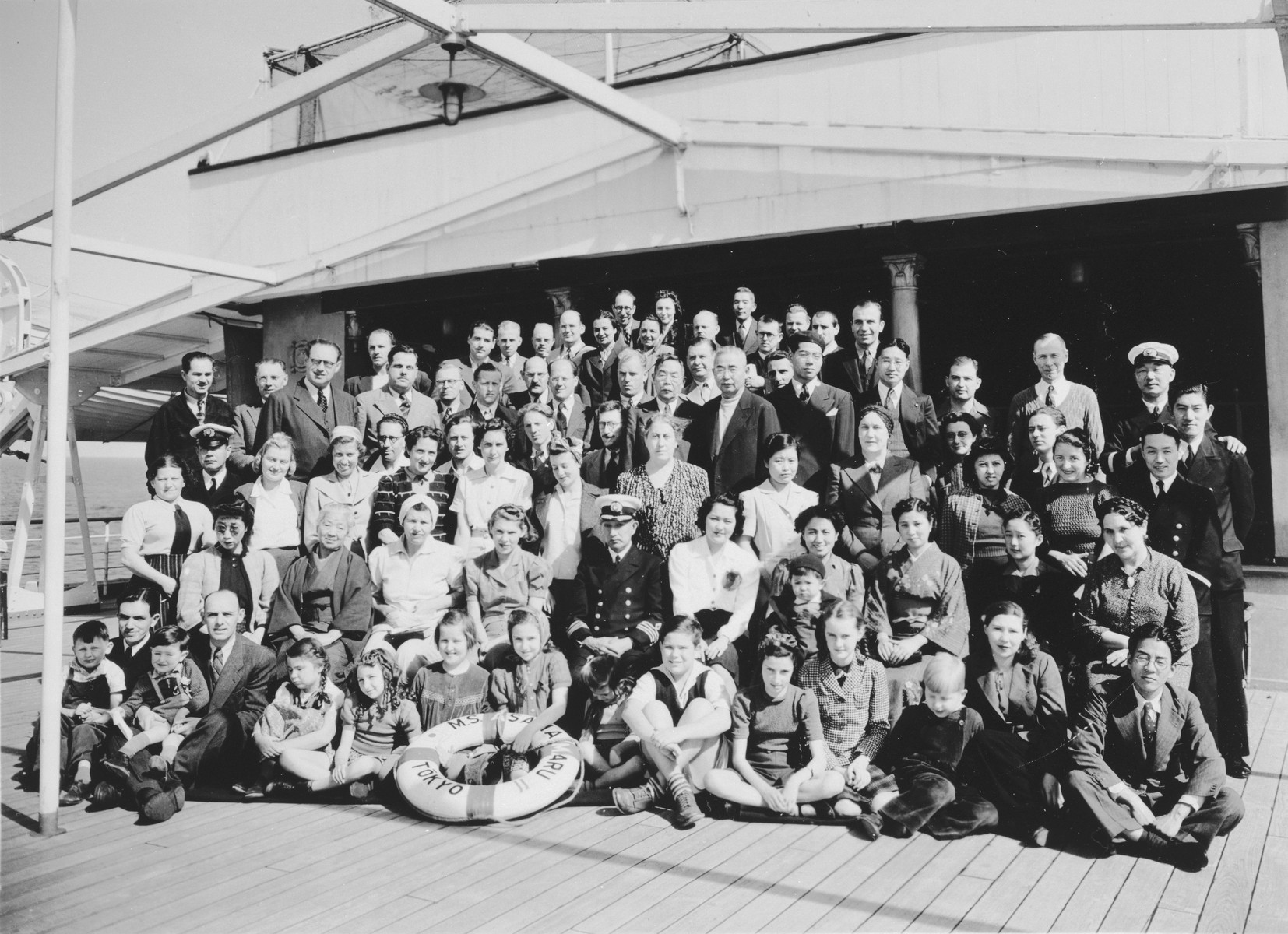 Group portrait of passengers on board the Asama Maru en route from Yokohama via Oahu to San Francisco.

Biography
Irene Rothenberg (born Irena Malowist) is the daughter of Szymon and Maria Malowist. She was born in 1928 in Lodz, Poland, where her father was a physician. Her parents were friends of the Dynenson family, with whom they met frequently in the months before the war to discuss the deteriorating political situation. Anticipating the outbreak of hostilities, Maria took Irena and fled the city together with the Dynenson women and children on August 29, 1939. Fleeing eastward, they found refuge in a town that was later taken over by the Soviets. Soon after they left Lodz, Szymon was mobilized by the Polish army. When the fighting ended, Szymon was also in eastern Poland. After the Soviets marched into the area, he was instructed to report to an internment camp for Polish officers. Szymon asked the Soviet officer in charge of the camp whether he could first be given a temporary pass to find his wife and daughter who were living somewhere nearby. His request was granted and he found his family, but he did not return to the camp. Meanwhile, the Dynensons, who had moved on to Vilna, cabled the Malowists that "Lidochka is marrying a Lithuanian. Come to the wedding." The Malowists correctly interpreted the cable to read that Lida was in independent Lithuanian, and they should proceed there. Everyone remained in Vilna for about a year, all the while looking for a final destination. Szymon was able to obtain legal immigration certificates for Palestine, but had no way to get there. He then learned about the Japanese consul in Kaunas who was issuing transit visas to Japan. After receiving the coveted visas, the family left Lithuania in October 1940. Once in Japan, the Malowists hoped to proceed on to Palestine, but the British would not let them travel through Iran and Iraq. Eventually, Szymon was able to secure visas to the United States. They sailed from Yokahama on board the Japanese liner Asama Maru which arrived in San Francisco on March 6, 1941.