Jews drive a wagon along a snow covered street in the Zawiercie ghetto. 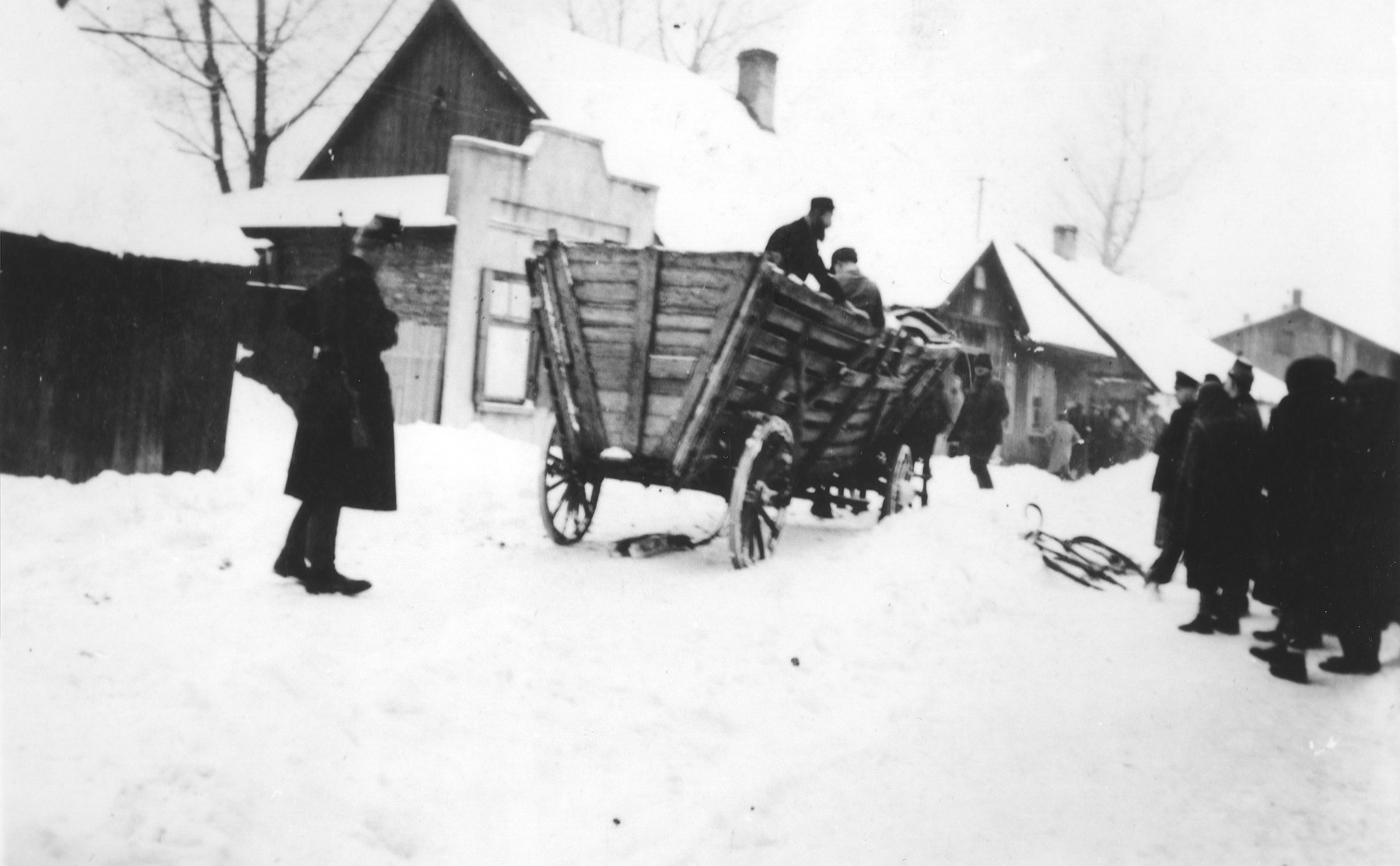 Jews drive a wagon along a snow covered street in the Zawiercie ghetto.

"Zawiercie" in Encyclopedia of Camps and Ghettos, Volume 2, Part A.