German police stop a group of Jews on a snow covered street in the Zawiercie ghetto. 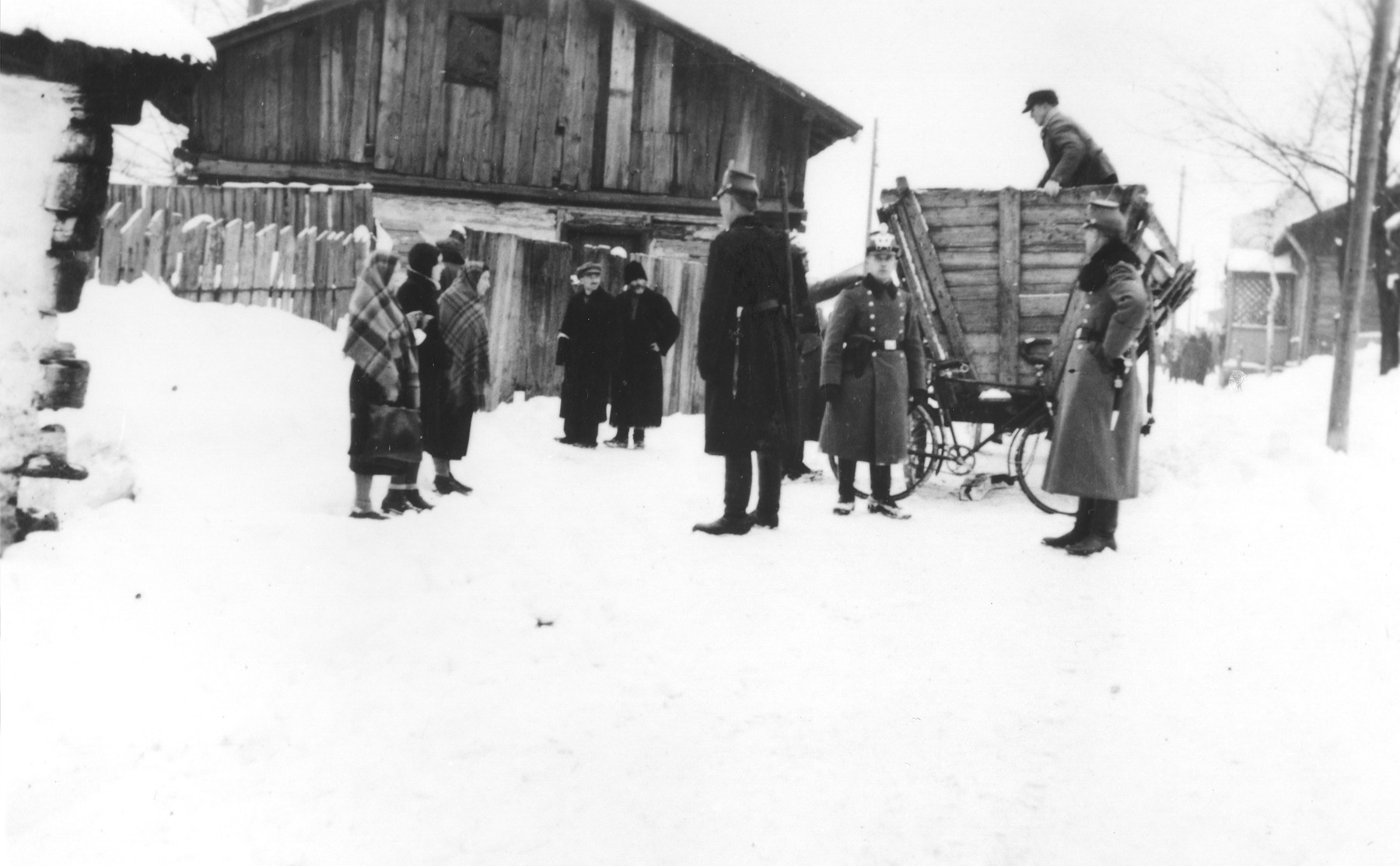 German police stop a group of Jews on a snow covered street in the Zawiercie ghetto.

Event History
In 1939 there were approximately 7,000 Jews in Zawiercie. On September 2, 1939 about 2,000 of them fled as German troops occupied the city. During the first days of the occupation all Jewish males between the ages of 17 and 50 were ordered to assemble in the market square. They were detained and tortured for nine days before being released. A formal ghetto was established in Zawiercie in the summer of 1940. That fall about 500 young Jews were deported to labor camps in Germany. In a deportation action that took place in May 1942 approximately 2,000 Jews were sent to Auschwitz. The ghetto was finally liquidated on August 26, 1943, when most of the remaining Jews were deported to Auschwitz. During the deportation action 100 Jews were shot on the spot. The 500 remaining Jews were kept at the newly established Zawiercie labor camp, which was subsequently liquidated on October 17, 1943.
"Zawiercie" in Encyclopedia of Camps and Ghettos, Volume 2, Part A.