Sylvia Ruthling and her mother perform a cabaret act. 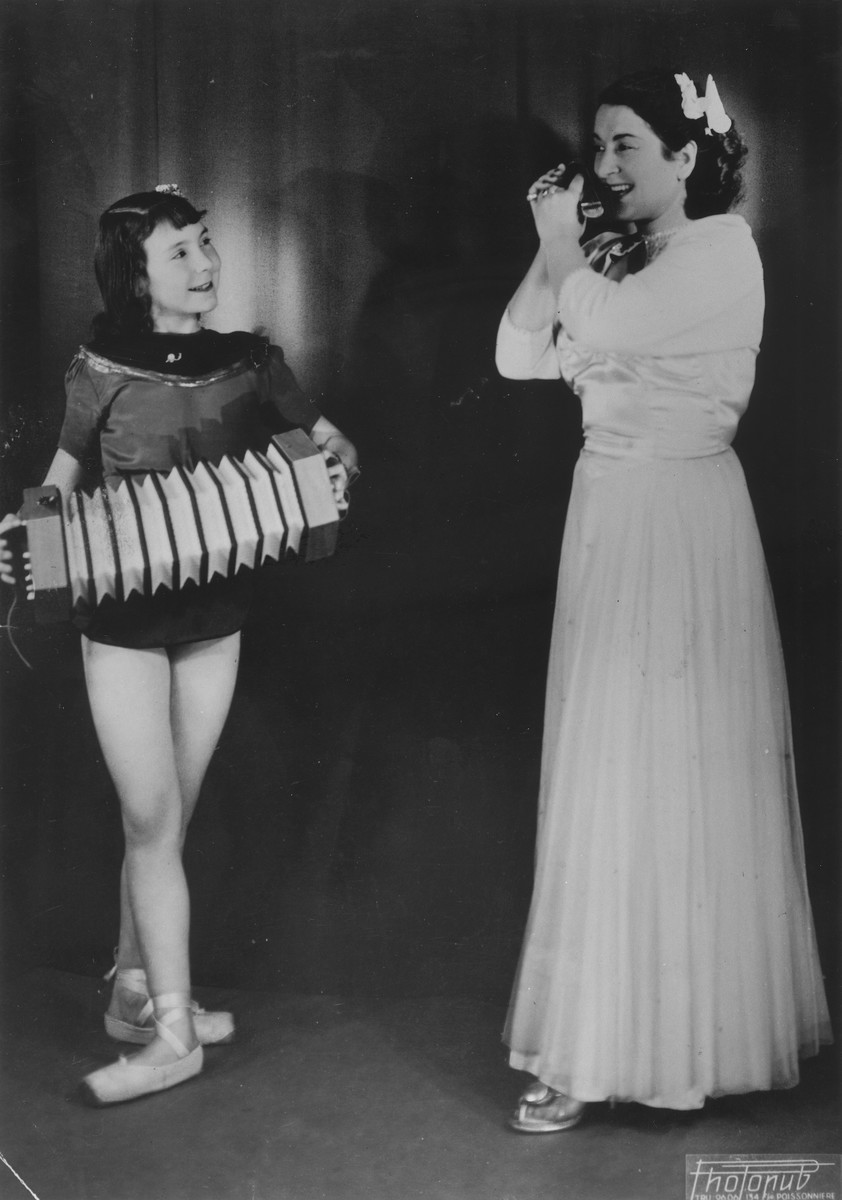 Sylvia Ruthling and her mother perform a cabaret act.

Biography
Sylvia Beard (born Sylvia Ruthling) is the daughter of a Swiss Gentile father, Emil Fritz Ruthling, and a Polish Jewish mother, Paula (Pesla Brusha) Rubin. She was born on August 20, 1941 in Paris, where her father was a painter and her mother, a dancer. Paula had moved from Poland to Germany in 1918. There, she met Emil and lived with him in Frankfurt am Main. Two years after the Nazi takeover of power, Fritz was expelled from Germany as an undesirable Swiss alien and communist collaborator. He and Paula moved to Paris in 1935 and married the following year. They combined their talents into an unusual cabaret act and gave performances at night clubs in the city. After the French defeat, the couple remained in Paris, where their daughter was born one year later. As a mixed family, the Ruthlings were left alone during the initial deportation actions of 1941 and 1942, which targeted first foreign and then French-born Jews. However, in September 1943, they too were arrested and imprisoned in the Drancy transit camp, where they were kept until March 1944. Emil was then sent to Dachau, while Paula was deported to Auschwitz. As the child of a mixed marriage, Sylvia was separated from her mother and sent to Berlin. She was placed at the former Jewish hospital which was then functioning as an enclosed ghetto/assembly center under the supervision of the Gestapo. Sylvia remained there until the city was liberated in May 1945. In the days following the German defeat, a Red Cross worker found Sylvia wandering through the streets of Berlin. Not quite four years old, the child was given over to Mr. Doeblin, the Jewish director of the hospital and his wife, who took care of Sylvia for the next three years until she was reunited with her parents in 1948.