Michael Fink poses in his family's living quarters in the Westerbork internment camp. 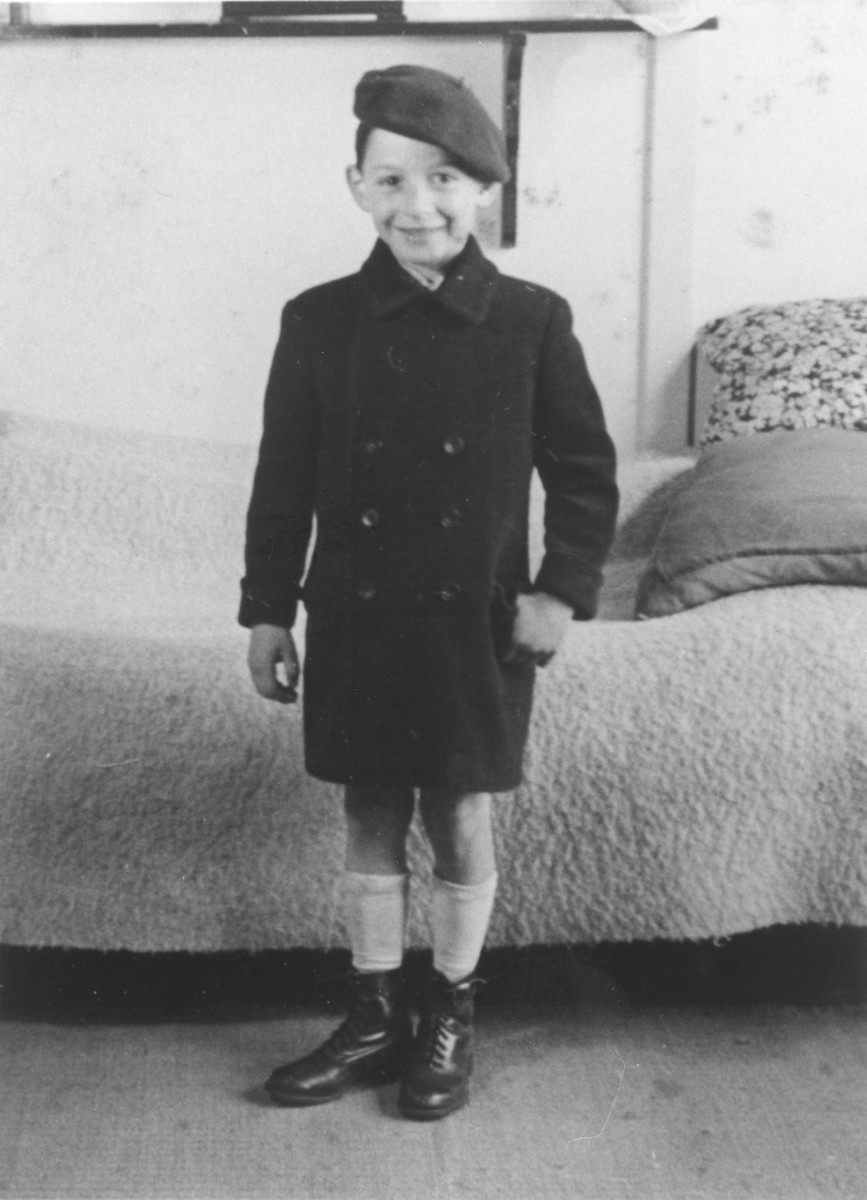 Michael Fink poses in his family's living quarters in the Westerbork internment camp.

[Source: The Holocaust: Lest we Forget. "Refugee Camp Westerbork circa 1939." 23 April 2003. http://www.cympm.com/westerbork.html (16 September 2003); Gutman, Israel. "Encyclopedia of the Holocaust." MacMillan, 1990. pp.1645-8.]
https://encyclopedia.ushmm.org/content/en/article/westerbork.
Biography
Michael Barak (born Michael Fink) is the son of Manfred and Herta (Hurtig) Fink. He was born on June 21, 1935 in Oppel, Germany but grew up in Breslau where his father was a grain merchant. The Finks decided to leave for Cuba on the advice of a brother-in-law who had already moved there in anticipation of obtaining permission to settle in the United States. In May 1939 Michael and his parents set sail aboard the St. Louis for Havana. After the ship's forced to return to Europe, they received permission to settle in Holland and lived for a short time in Rotterdam. After the outbreak of World War II, the Finks were detained as enemy aliens and sent to the Westerbork camp. They remained there for the next four years. Michael was able to attend school part of the time, while his father managed the camp's laundry facility. In the spring of 1944, the Fink family was deported to Theresienstadt. From there, Manfred was sent to Auschwitz on September 29, 1944. He was subsequently transferred to a series of camps including Golleschau, Sachsenhausen, Flossenbuerg (February 6, 1945) and Bergen-Belsen (March 8) where he died. Michael and his mother were liberated in Theresienstadt in May 1945. They made their way back to Holland, where they lived for a time with friends. In April 1946 Michael legally immigrated to Palestine aboard the SS Cairo. His mother joined him two years later.