A group of men gather around Ernst Eizikowits to celebrate his wedding to Helena Friedmann. 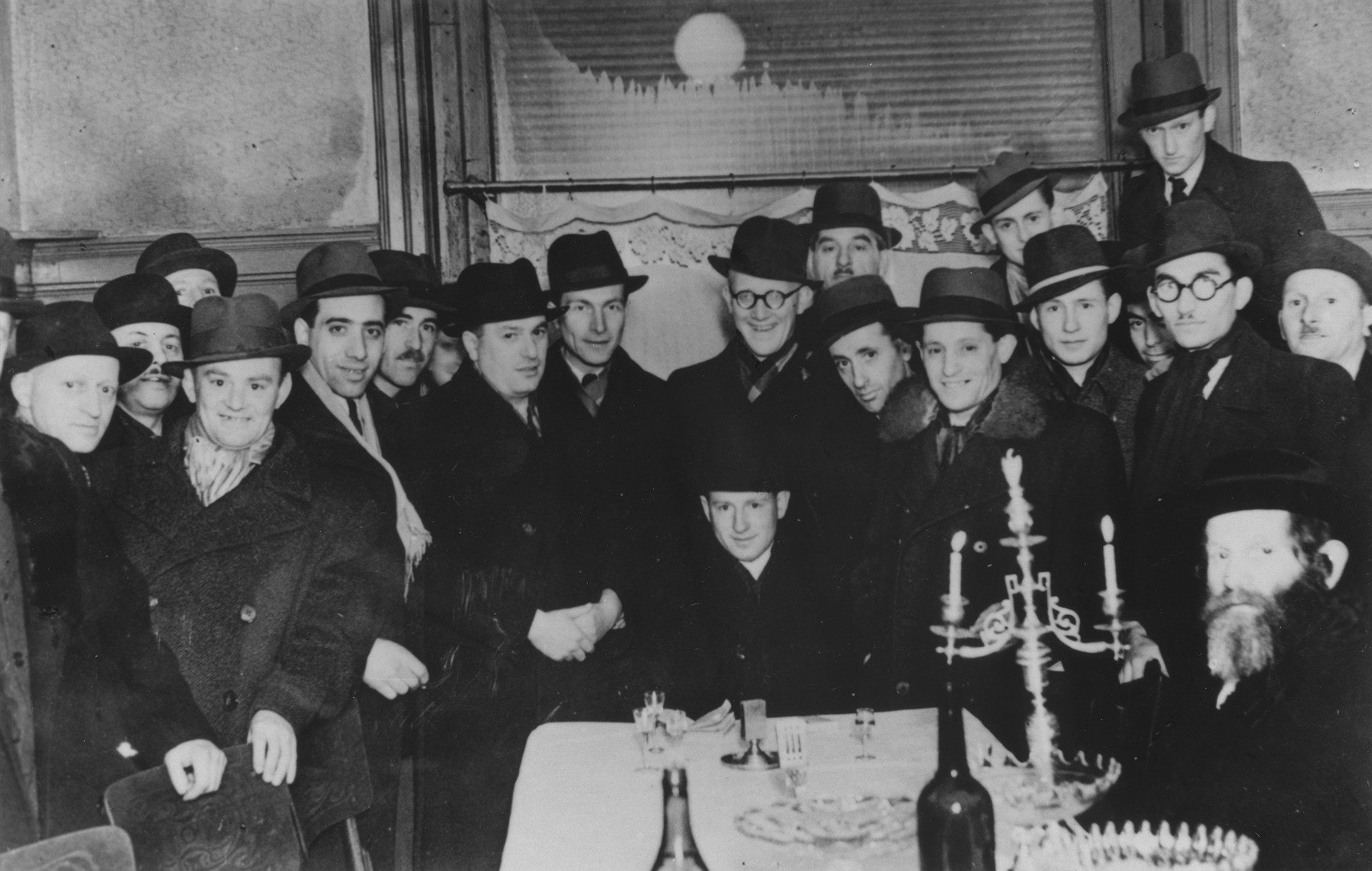 A group of men gather around Ernst Eizikowits to celebrate his wedding to Helena Friedmann.

All but two of those pictured perished. Shortly after the wedding, Ernst was taken to the Sarospatak labor camp. He was killed in 1943 at the age of 29.

Biography
Eliahu Alon (born Eliahu Eizikowits) is the son of Asher and Perle (Fischer) Eizikowits. He was born February 14, 1921 in Kosice, Slovakia where his father worked as a tailor. Eliahu had four older siblings: Ernst (b. 1913), Shulamit (b. 1911), Sima (b. 1916) and Arieh (b. 1918). His father died in 1934. In 1938 Eliahu, together with a group of Zionist youth from the Hashomer Hatzair, brought food, clothing and blankets to the Jewish refugees stranded in the Mischdorf camp in the no man's land between Slovakia and Hungary. He then assisted in bringing the refugees to Kosice where they were housed in the Neolog school before being dispersed to other villages in northern Slovakia. In 1942, Eliahu was conscripted into a Hungarian forced labor battalion in Koszeg. He served there as an engineer from October 1942 until the liberation in 1945. A few months after the war he married Yardena Beer, who was also from Kosice. From January 1945 until November 1946 Eliahu worked with the Mossad le Aliyah Bet [underground immigration movement] to bring children to Palestine. He himself arrived in Palestine on board the SS Providence in April 1947. Traveling on the false identification papers of a Polish Jew who had lived in prewar Palestine, Eliahu was part of Aliyah Dalet, the small coordinated immigration scheme for a number of Mossad activists.