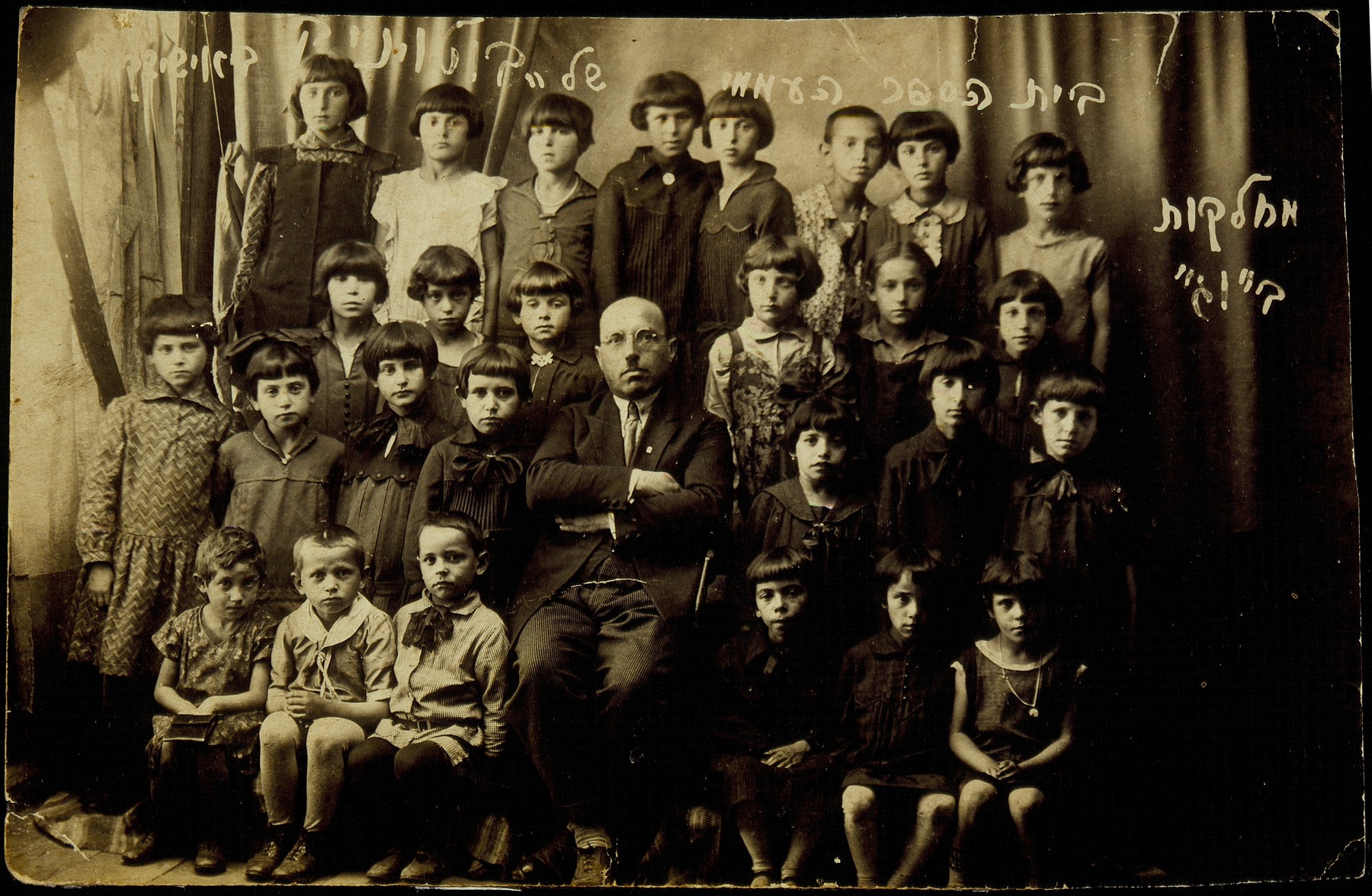 Seated in the center is the principal Moshe Yaakov Botwinik.