Gedalia Cofnas and his son, Pessah, work in their carpentry shop. 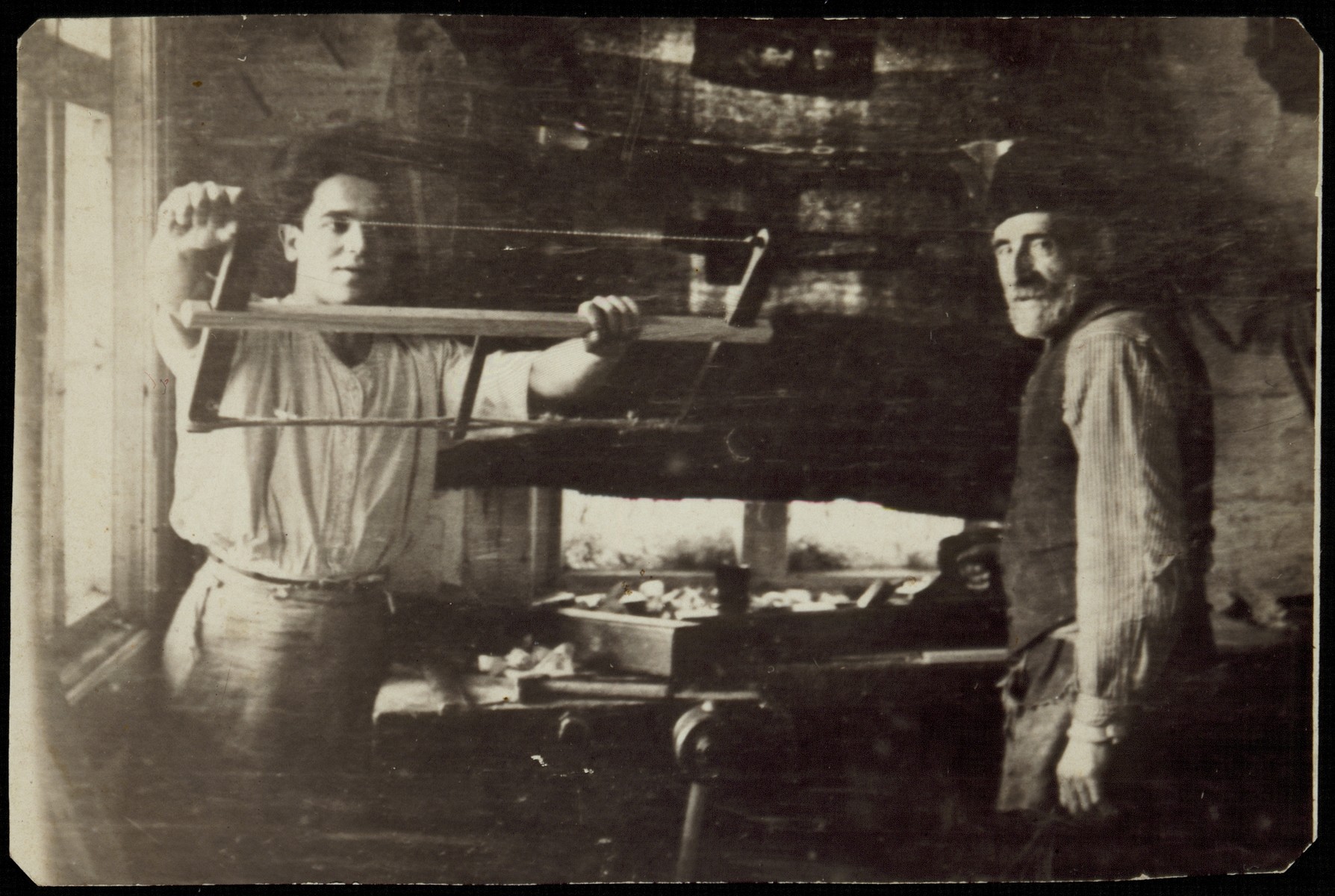 Gedalia Cofnas and his son, Pessah, work in their carpentry shop.

Gedalia was murdered by the Germans during the September 1941 mass killing action in Eisiskes, and Pessah survived in Russia.