A group of young Greek Jews poses in front of a tobacco store in Salonika. 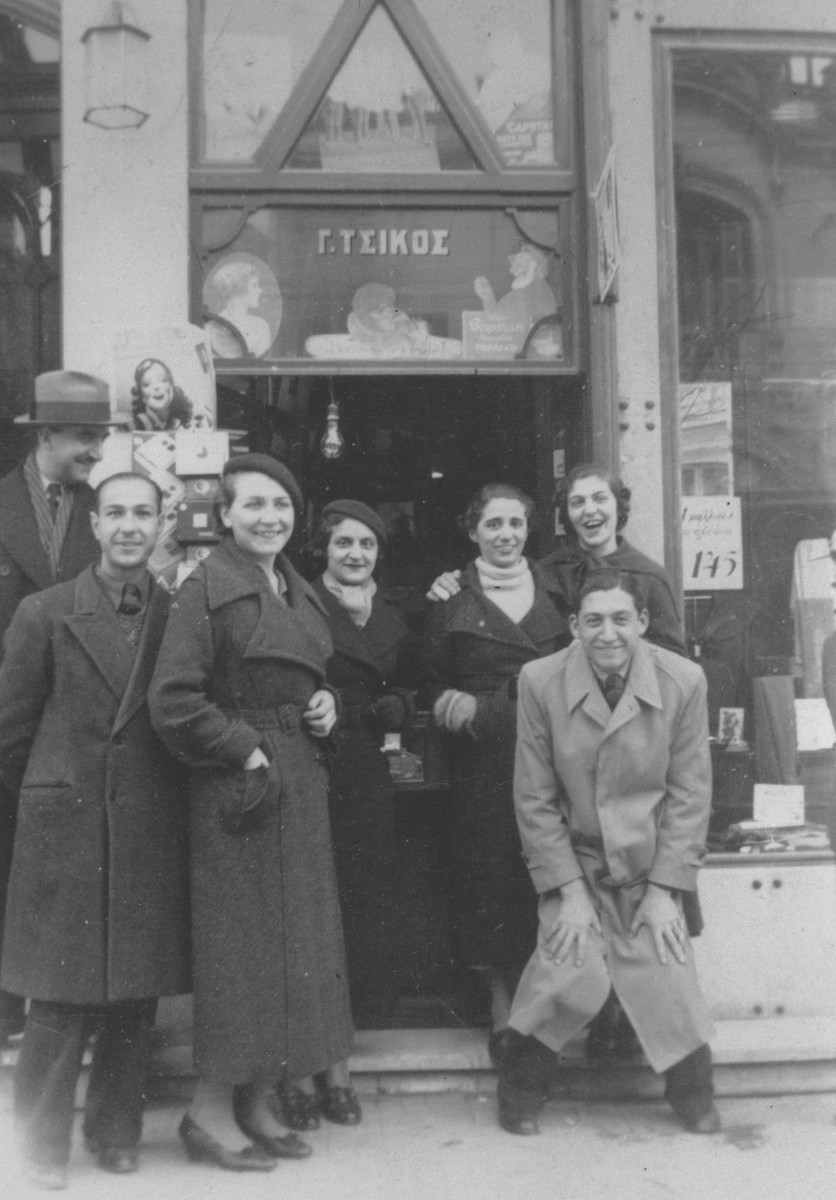 A group of young Greek Jews poses in front of a tobacco store in Salonika.

Among those pictured are Yehuda and Miriam Beraha (front row, left).