The family of the school principal Moshe Yaakov Botwinik. 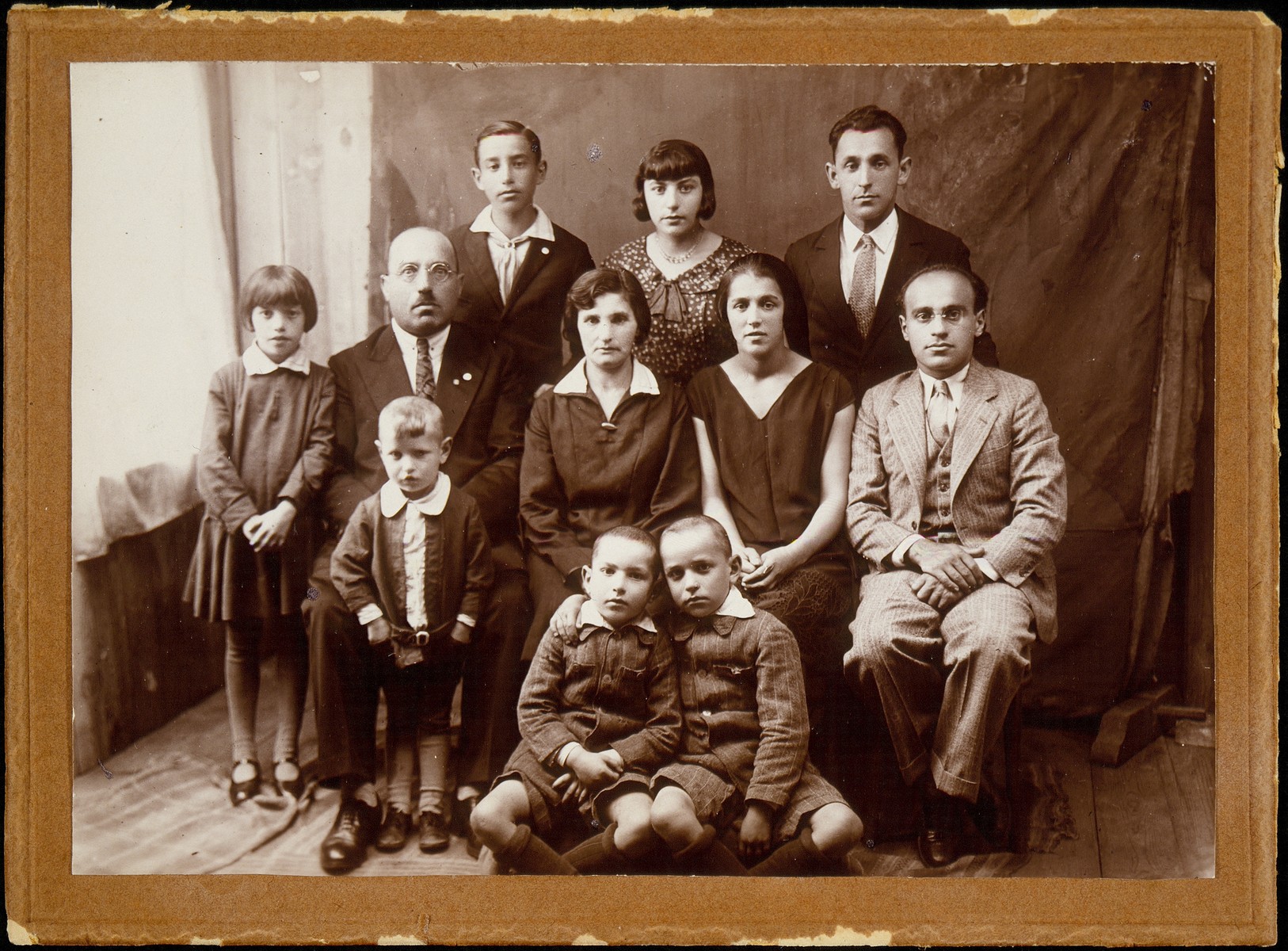 The family of the school principal Moshe Yaakov Botwinik.

(top row, right to left) Layzer, a relative; daughter Fania; and son Leibke; (middle row, right to left) two relatives named Rakow; Shoshana and Moshe Yaakov. Standing in front of his father is the youngest son, Avremele; next to him is a daughter Zipporah. Sitting on the floor are sons Hillel (right) and Yitzhak.

Biography
Moshe Yaakov Botwinik was born in Minsk Mazowieck. He studied in the Volozhin Yeshiva and in Odessa where he became acquainted with Chaim Nachman Bialik and became involved in the Jewish haskala and Hebraic movements. After marrying Shoshana, he settled in her hometown of Eisiskes and became principal of the Hebrew Tarbut school. The Botwinik family escaped the mass killing in Eisiskes and fled to the Radun ghetto. Both Botwinik and his son Leibke taught Hebrew classes in the ghetto. Moshe Botwinik, his wife Shoshana, daughter Fania and son Hillel were killed there. His three older sons, Leibke, Yitzhak and Avremele escaped from the ghetto to the forest where they joined the Leninski partisan battalion. Leibke was gravely wounded in an attack by the Polish Home Army. Knowing that he stood no chance of recovery, he begged Yitzhak to put an end to his misery. With a single bullet Yitzhak killed his own brother. Yitzhak was later killed by his own troops after falling asleep on guard duty. Avremele, also a partisan, was the sole survivor of the family.

Copyright: Agency Agreement
Provenance: Epstein Family
Source Record ID: RN109-2
Published Source
There Once Was a World - Eliach, Yaffa - Little, Brown - p. 583
Restriction
NOT FOR RELEASE without the permission of the The Shtetl Foundation
Record last modified: 2004-05-10 00:00:00
This page: https://collections.ushmm.org/search/catalog/pa1129060