The emblem of the Surviving Remnant [Sheerit Hapletah] hangs above the dais at the Third Conference of Liberated Jews in the US Zone of Germany. 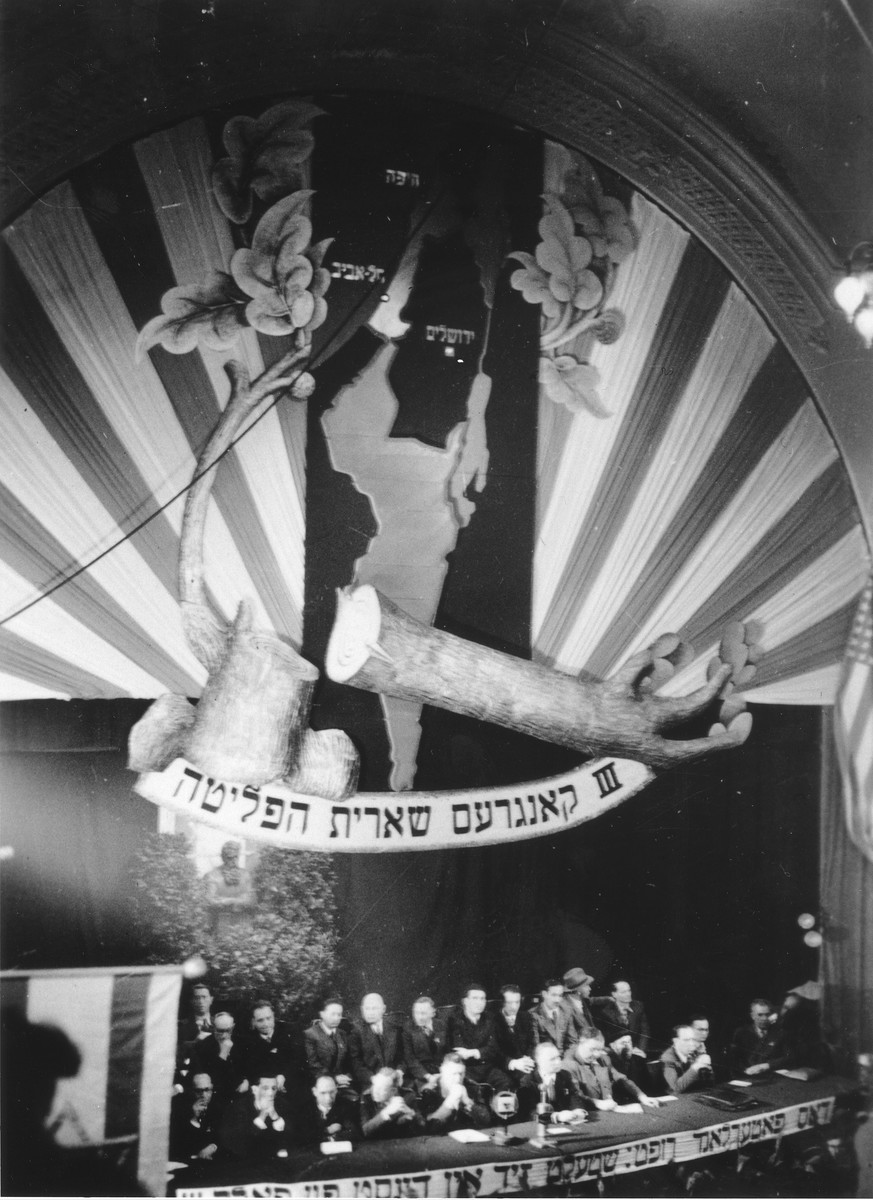 The emblem of the Surviving Remnant [Sheerit Hapletah] hangs above the dais at the Third Conference of Liberated Jews in the US Zone of Germany.

The emblem consists of a felled tree with a small branch growing from it superimposed upon a map of Palestine.