Syma Klok teaches English to displaced children in a classroom at the Bad Schallerbach children's home in Austria. 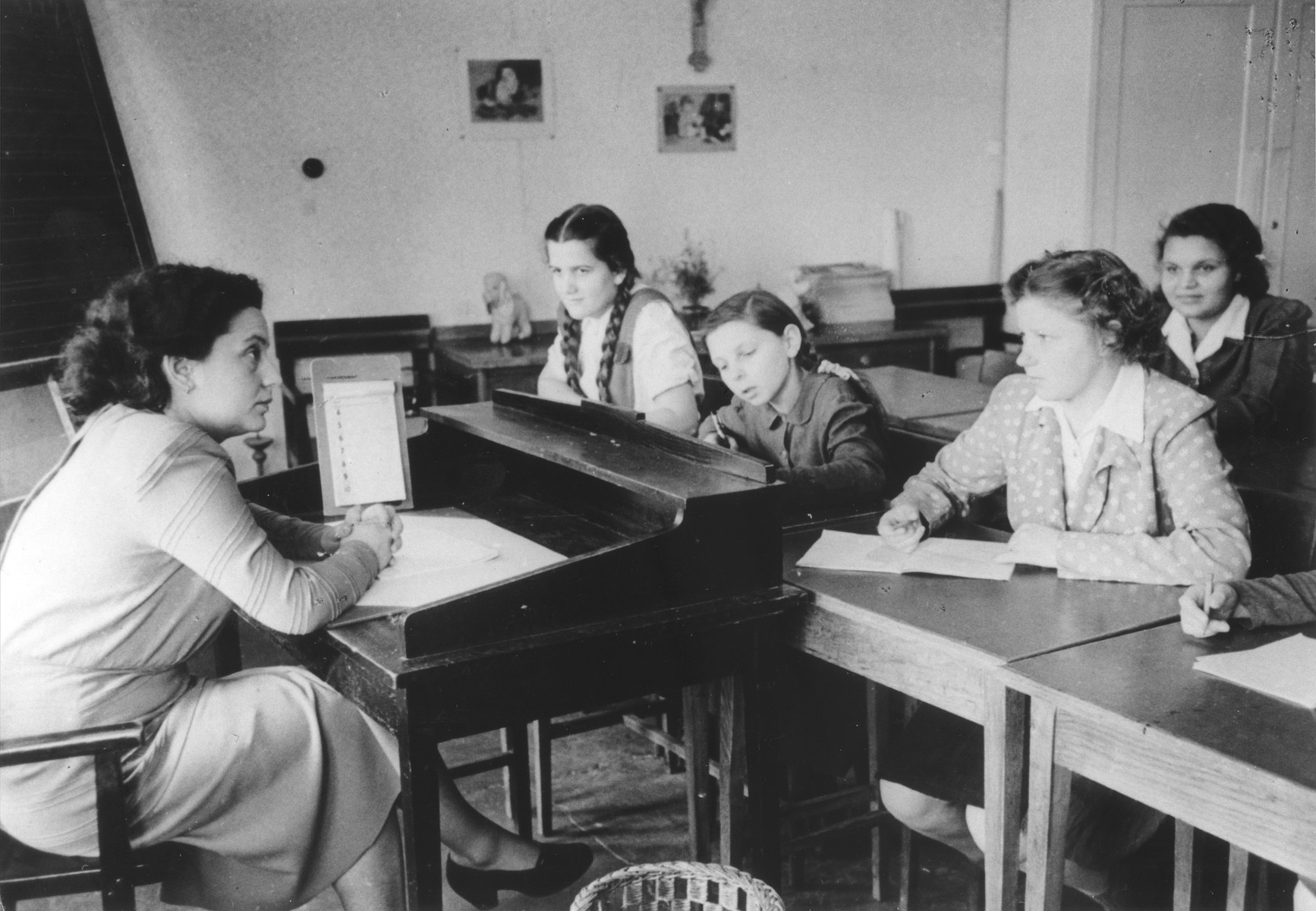 Syma Klok teaches English to displaced children in a classroom at the Bad Schallerbach children's home in Austria.

Biography
Syma Crane (born Syma Minc, later Syma Klok) is the daughter of Chaim Beryl and Basia Minc. She was born March 4, 1921 in Vilna and had three siblings: Calel, Sonja and Chaya. Syma married Marcus Klok, a member of the Jewish Socialist Bund and a president of the leather workers union in Poland. Marcus' father was a pharmacist in a well-known pharmaceutical factory. After the Soviets took control of Vilna in 1940, they confiscated the pharmaceutical plant, and both Marcus and his father were targeted for arrest, one as a socialist, the other as a businessman. The two went into hiding. With the help of individuals in the American labor movement and the Bund in New York, Marcus was able to get Sugihara transit visas to Japan for himself and Syma. In order to evade arrest, they travelled under the false names of Syma and Marcus Miller. After their arrival in Kobe, Japan, they went to the Polish consulate and had new papers issued under their real names. They remained in Kobe until 1942, when they were sent by the Japanese to Shanghai. There, they succeeded in obtaining passage on a ship bound for Africa. After sailing to Capetown, the Kloks were supposed to disembark and proceed on to Rhodesia or Kenya, but instead, they stayed on board and arrived in England at the end of 1942. Szmul Arthur Zygielbojm, a Bund leader and a member of the London-based Polish government-in-exile, helped them get settled in England. Marcus immediately joined the Polish army-in-exile, while Syma went to school to learn English. After the war, Syma went to work for UNRRA. For the next several years she ran homes for displaced children in Austria and Germany. Syma travelled throughout the countryside looking for abandoned children and requisitioning resources for homes to shelter them. She set up a special home for children over the age of 12 called Camp Leitendorf near Bad Schallerbach. After the war she and her husband divorced, and Syma married George Crane. Her brother, Calel, survived the war in hiding in Belgium, but both of her sisters perished along with their husbands and children.