Group portrait of foreign workers assigned to the food supply department at the Gurs internment camp. 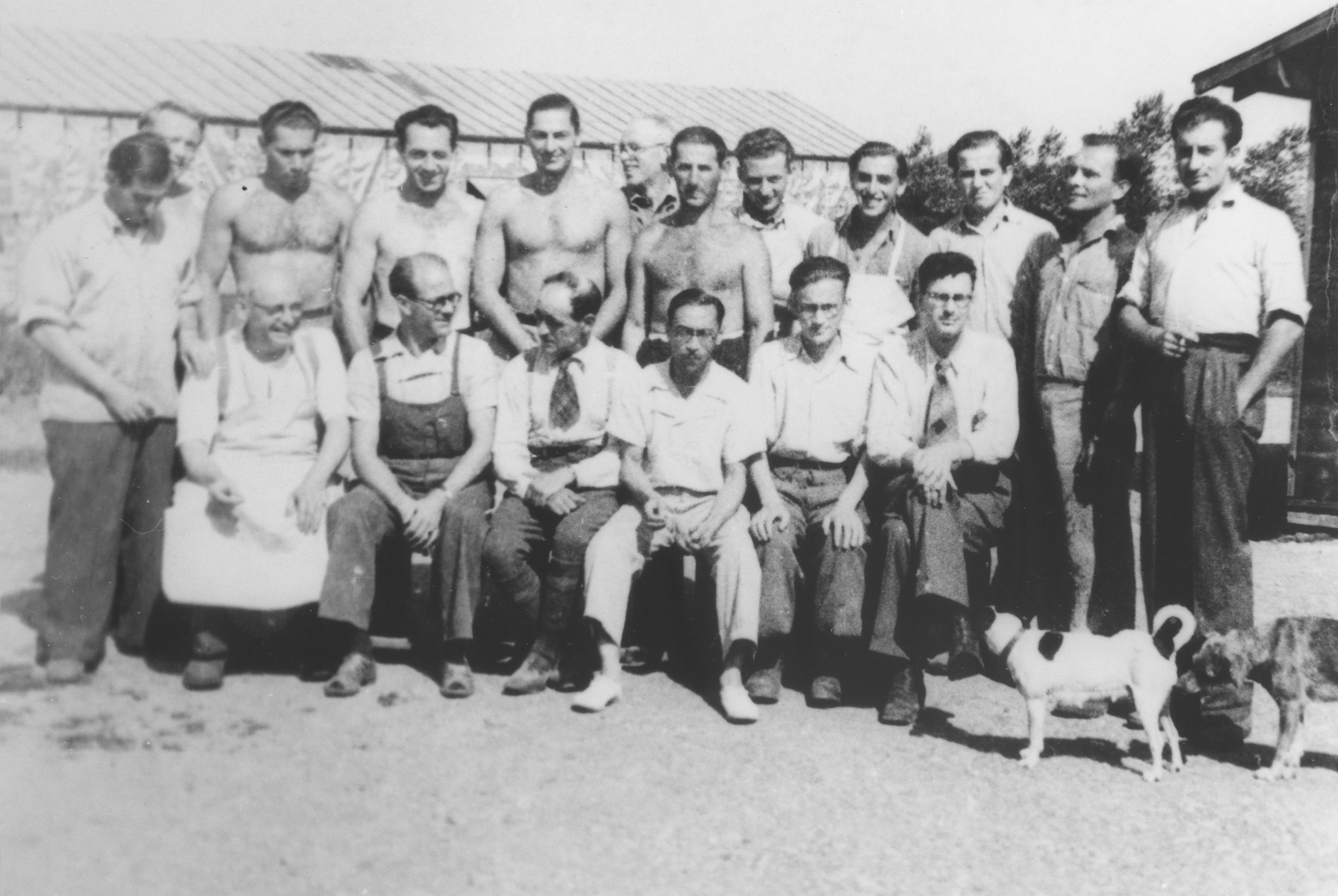 Group portrait of foreign workers assigned to the food supply department at the Gurs internment camp.

Two of those pictured, Bustamante and Vigo, were former members of the Spanish Republican army. Vigo had been the mayor of Badalona. All the others were Jewish.

Biography
René Karschon was born in Düsseldorf, Germany on November 3, 1919. His father, Grisha, was a Jewish grain merchant who had immigrated to Germany from Odessa. In 1930 the family moved from Düsseldorf to Berlin, and in 1938 they fled the country for Belgium. After settling in Brussels, René enrolled at the Agronomy Institute in Gambloux. In May 1940, immediately following the German invasion of Belgium, René was arrested in Brussels and deported to France. He spent four-and-a-half months at the St. Cyprien internment camp before being transferred to Gurs in October 1940. There he was conscripted in the 182nd group of foreign workers. On June 15, 1942 he was granted a three-month leave to study French and was sent by a relief agency to the town of Le Chambon-sur-Lignon. After registering with the local police, René was brought to the Maison des Roches, a youth home financed by the FESE (Fonds Europeen de secours aux étudiants). Soon after his arrival the French police raided the home and arrested several of its Jewish residents. René evaded capture by hiding in a nearby villa. Subsequently, he was moved to another hiding place in Bronac. After securing false papers, René was guided to the Swiss border by members of the resistance. On September 9, 1942 he crossed into Switzerland, where he was helped by members of the FESE. After the liberation René was reunited with his mother, who had lived out the war hiding in Brussels. (His father had died before the war.) In November 1949 René married Aya Levin in Switzerland. The couple subsequently moved to Israel with René's mother.