Basia Berkowicz rides in a carriage with her mother and another relative in Otwock, Poland. 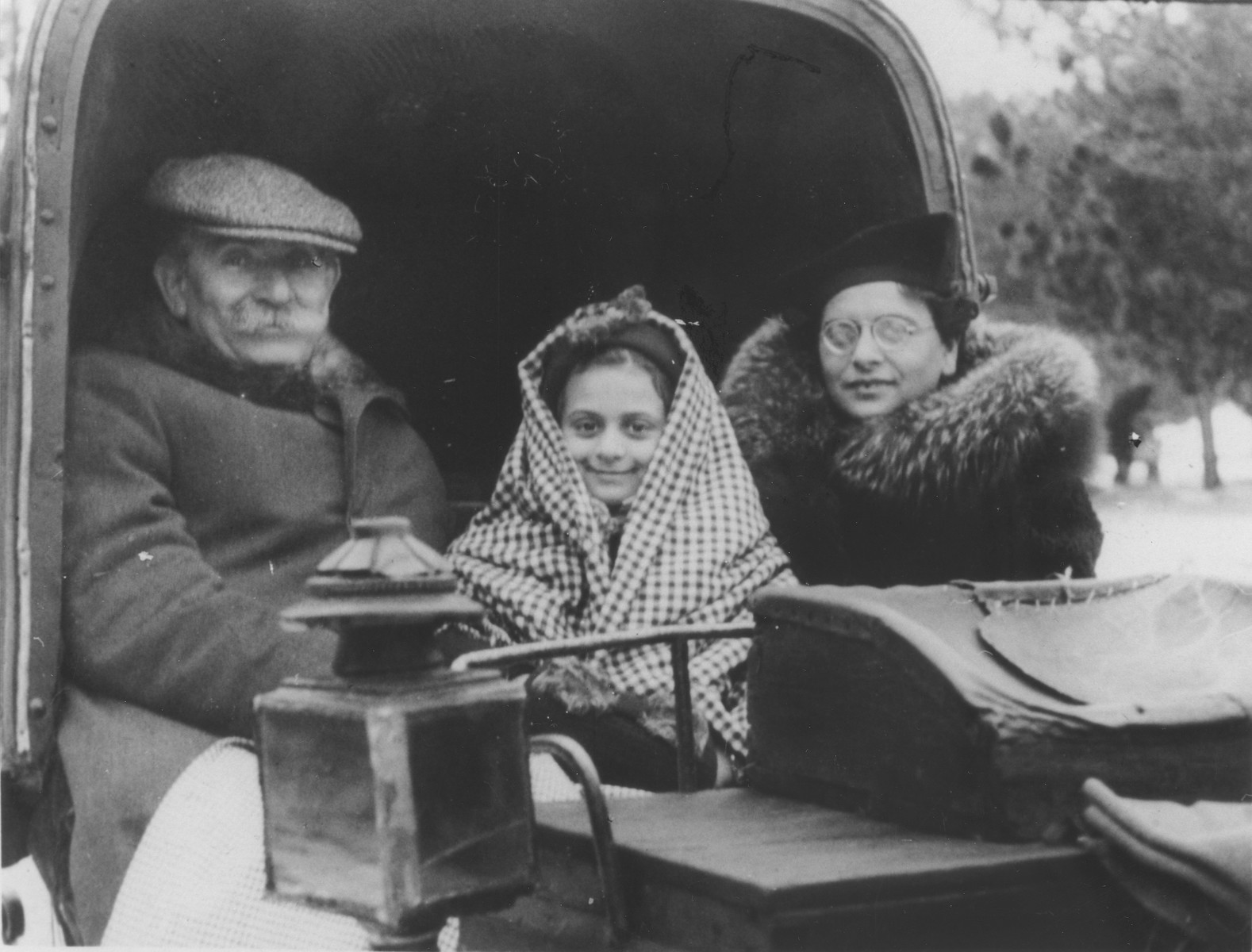 Basia Berkowicz rides in a carriage with her mother and another relative in Otwock, Poland.

Pictured from left to right are: Natan Taca, Basia Berkowicz and Bina Berkowicz.