Group portrait of members of the Maccabi Jewish sports club on a bicycle trip in Salonika. 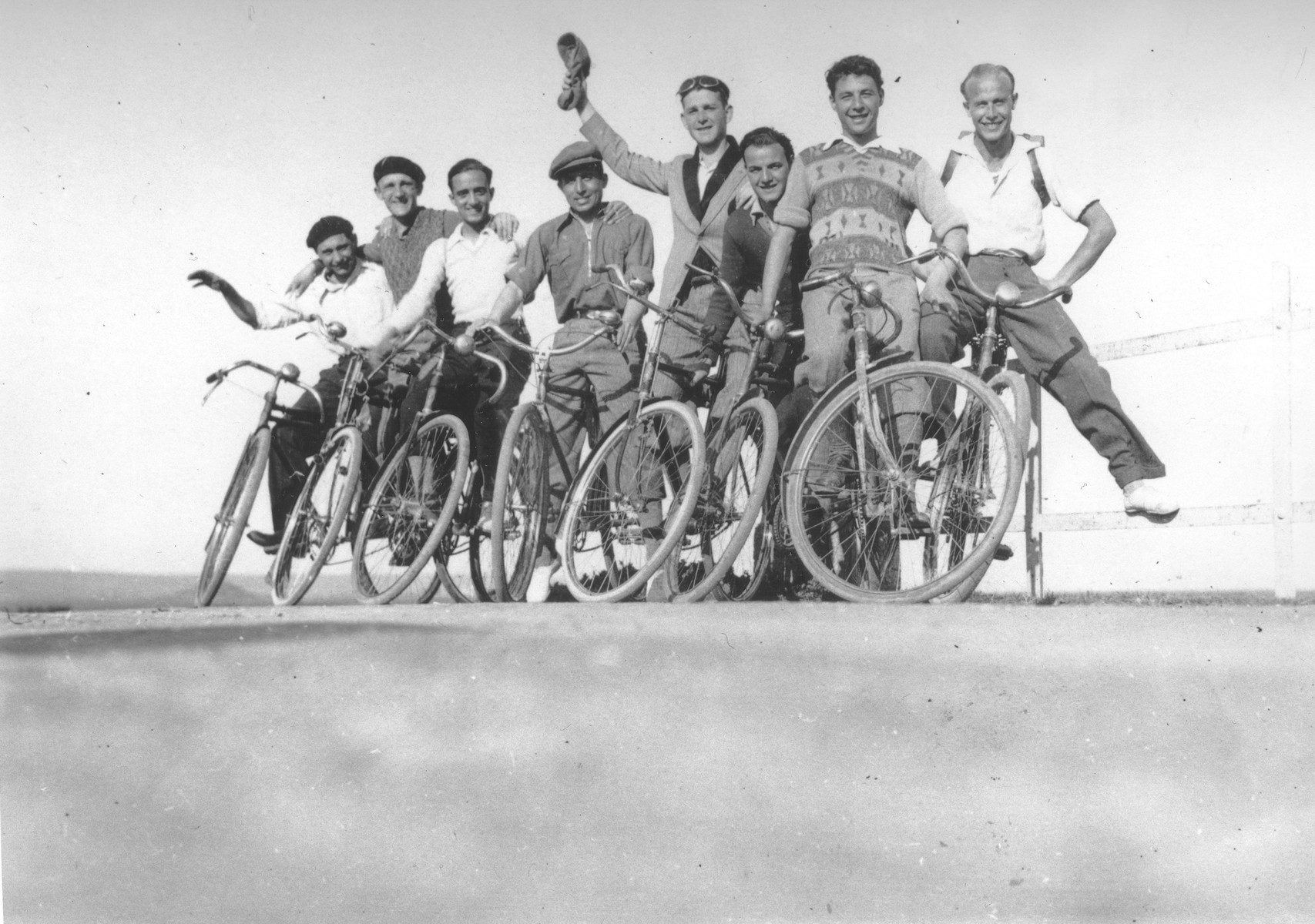 Group portrait of members of the Maccabi Jewish sports club on a bicycle trip in Salonika.

Among those pictured is Samuel Rouben.