Group portrait of members of the Teheran children's transport during a stopover in Karachi while en route to Palestine. 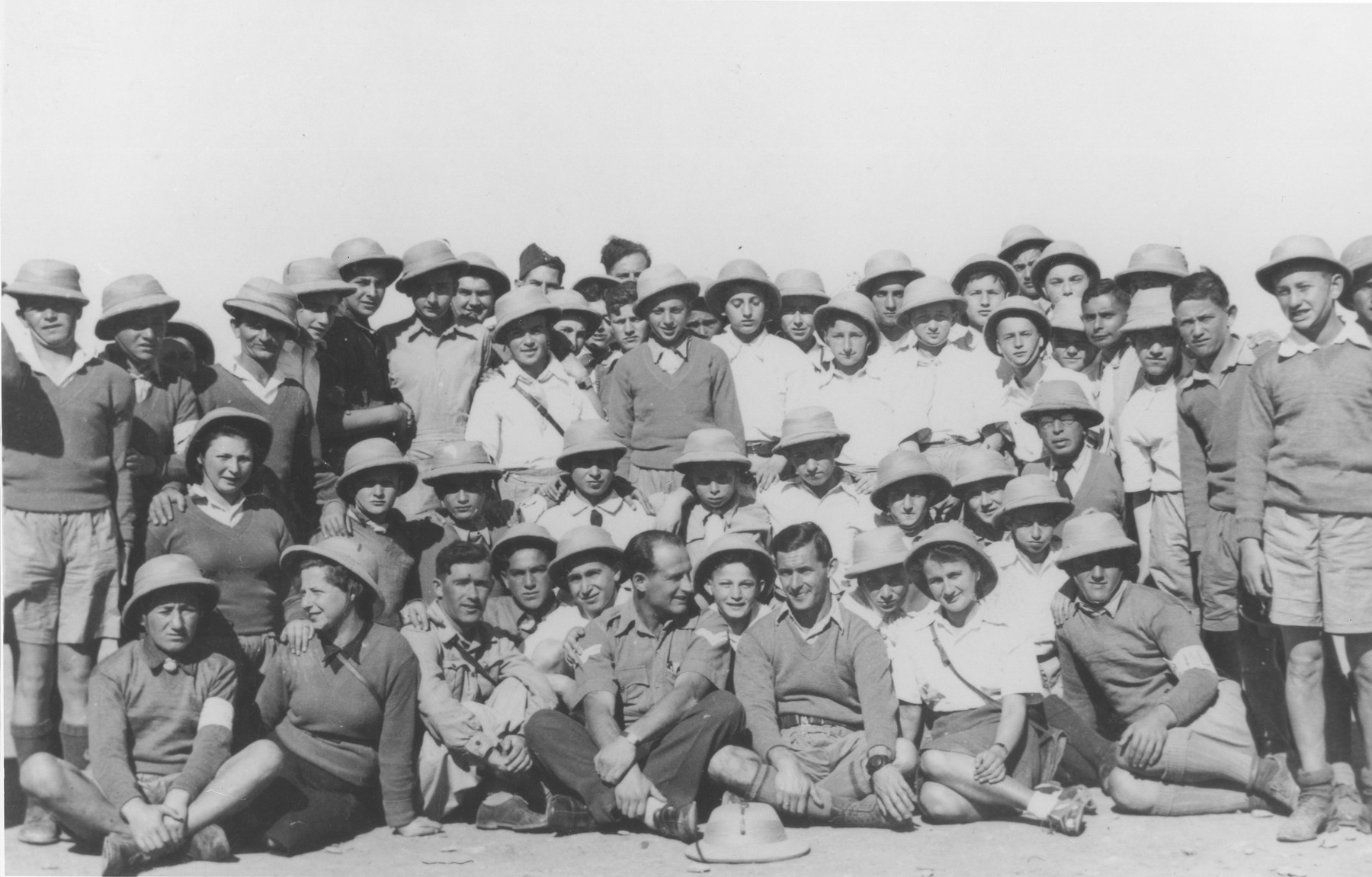 Group portrait of members of the Teheran children's transport during a stopover in Karachi while en route to Palestine.

https://www.ushmm.org/wlc/en/article.php?ModuleId=10007498.
Biography
Aaron Rubinstein is the son of Benjamin and Chaja Rubinstein. He was born in Sokolow Podlaski, Poland on February 28, 1928. Aaron had four siblings: Rivka, Lea, Shlomo and Joseph. In 1935 his family moved to Ostrow Mazowiecka, where they lived until the outbreak of World War II. About one month later, the Rubinstein family fled to the Soviet-occupied sector of Poland. In 1941 they were all deported to Siberia. A year later the Rubinsteins succeeded in placing Aaron with a group of one thousand Jewish children, who were being taken from the Soviet Union to Teheran in the company of a unit of Polish soldiers and other refugees. After they reached Iran, the British government granted the children immigration permits for Palestine. The "Teheran Children," as they came to be known, traveled via Karachi and Suez, finally arriving in Palestine on February 18, 1943. Aaron's parents survived the war in the Soviet interior and returned to Poland. After living for a time in Lodz and Ostrow Mazowiecka, they immigrated to Israel in 1949.