Group portrait of the employees of a business where Cecil Gelbart worked as a chemist. 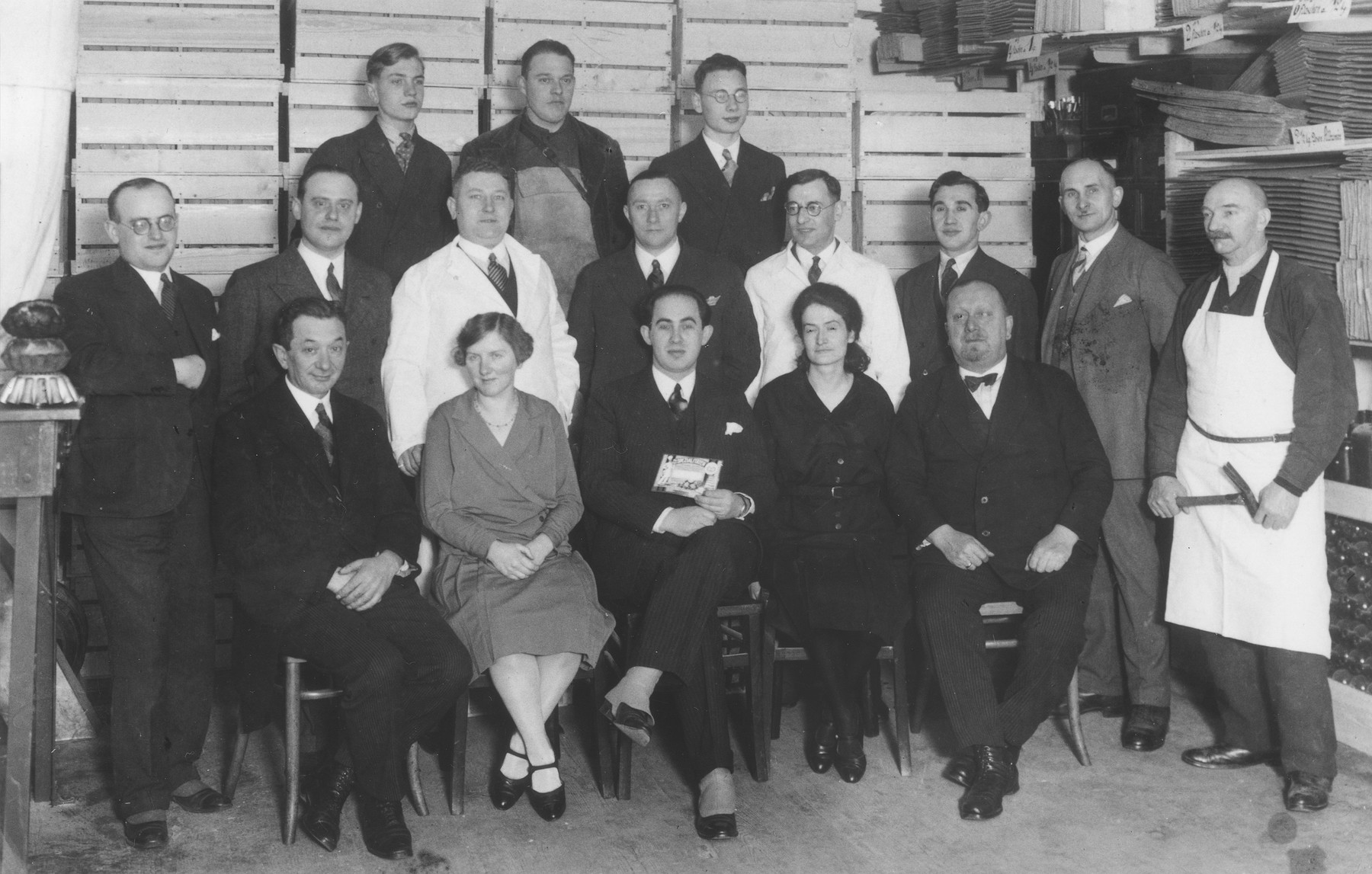 Group portrait of the employees of a business where Cecil Gelbart worked as a chemist.

Cecil Gelbart is standing in the middle row, fourth from the right.