Postcard written from Coenraad Rood to his wife Elisabeth shortly from the deportation train from the Westerbork camp. 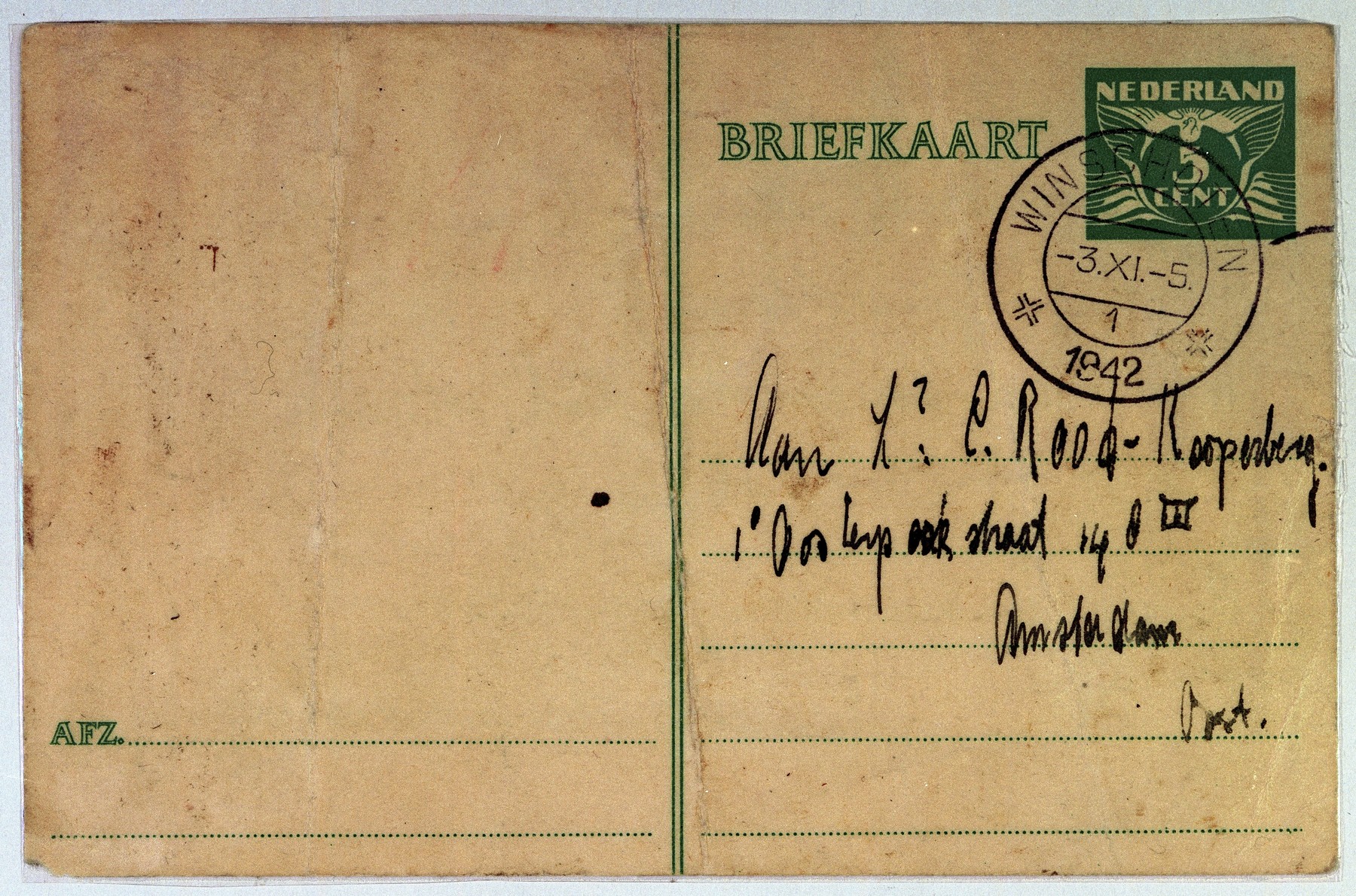 Postcard written from Coenraad Rood to his wife Elisabeth shortly from the deportation train from the Westerbork camp.

He writes, "My love! I kept going despite trying everything. I cannot wait for you. Keep up your strength; be healthy and strong, I’ll see you soon. I’ll come back. Regards to all, kiss mother, Jo, and Lien for me. I kiss you a hundred thousand times."

https://encyclopedia.ushmm.org/content/en/article/westerbork.
Biography
Coenraad Rood was born on August 12, 1917 in Amsterdam Holland to a Jewish family that traced its roots in the Netherlands back to the 17th century. After graduating from public school, Coenraad trained as a pastry maker, but after completing his training at the age of 13, he decided for health reasons to change professions and to study tailoring. After finishing his tailoring apprenticeship in 1937, he spent a year working as a nurse in a Jewish home for the permanently disabled. There he met and became engaged to Elisabeth Kooperberg, a nurse. At her urging, he resumed tailoring, and in 1939 opened a tailor shop in Amsterdam. In September he began to work as a tailor for the military, which fulfilled his Dutch military service. In May 1940, Germany invaded the Netherlands. In April 1942 he was arrested and imprisoned in Staphorst-Rouveen labor camp. He was incarcerated there for six months from April 25, 1942 to October 2, 1942 and put to work digging a canal and harvesting potatoes. He then was deported to Westerbork concentration camp. In all he spent the next three years in 11 different German labor camps. Of the 81 members of his extended family deported by the Nazis, Coenraad was one of seven survivors. His wife Elisabeth survived in hiding, and they were reunited after the war.