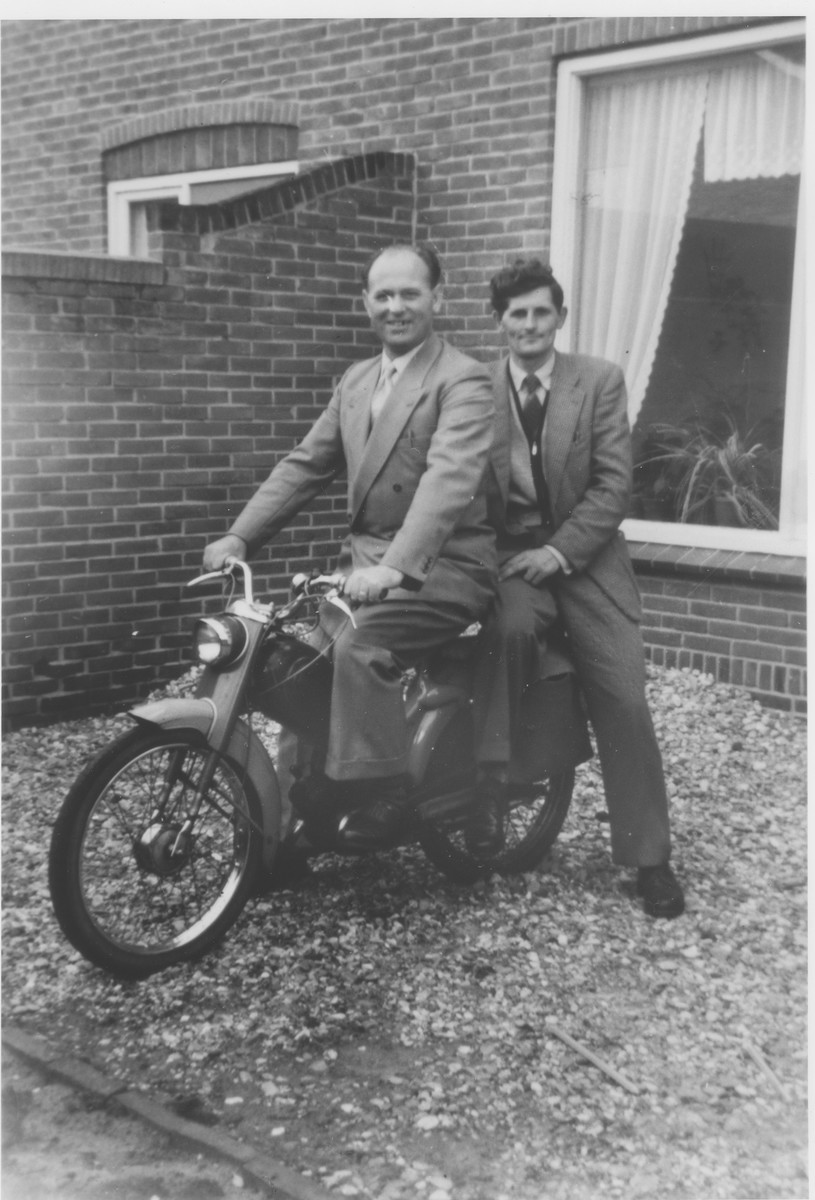 Pictured are Jan van den Berg (right), a Jehovah's Witness who was persecuted during the German occupation of the Netherlands, and Koos Lammers (left).

Biography
Jan van den Berg was born August 20, 1923 in Dordrecht, Holland. He was the second oldest of seven children and at the age of twelve went to work on his father's tugboat. The family was loosely affiliated with the Dutch reformed church. In 1942 Jan's mother was approached by members of the Jehovah's Witnesses and became interested in their teachings. She, in turn, urged Jan to meet with them. Immediately, he was drawn to their religious beliefs and delved into their literature. Though Jan knew that the Witnesses were banned and persecuted in Holland, he chose to become one of their bible educators and participated in clandestine meetings of the movement. During the first week in June 1944, while proselytizing in the countryside near Dordrecht, Jan was arrested by the police and a member of the NSB (Dutch Nazi party). They were tipped off by the local mayor, who had stopped Jan a few hours earlier and warned him to desist. Jan was interrogated by the police, who severely beat him when he refused to name the leader of the Witnesses. The following day, with his legs bound to sticks, he was transported to the prison in Rotterdam. There he was interrogated and beaten again when he refused to renounce his faith and voiced his opposition to Hitler. From Rotterdam van den Berg was sent to the Vught concentration camp, where he remained from June 7 to September 6, 1944. Forty other Jehovah's Witnesses were imprisoned with him, including Witness leader Arthur Winkler.