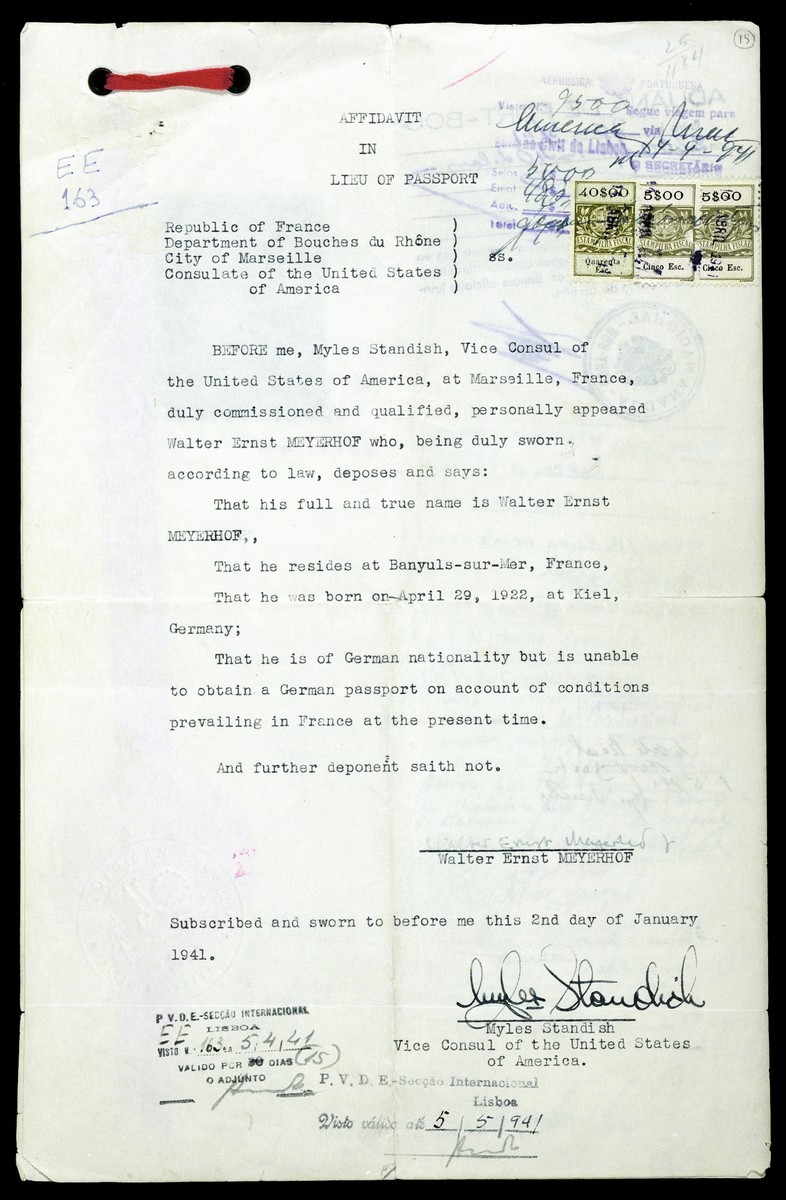 Biography
Walter Ernst Meyerhof is the son of Professor Otto Fritz Meyerhof, a noted biochemist and physiologist, and Hedwig (Schallenberg) Meyerhof. He was born April 29, 1922 in Kiel, Germany. He had two older siblings, Gottfried (Geoffrey, b. 1916) and Bettina (b.1918). The son of wealthy Jewish merchants, Otto Meyerhof was born in Hanover and grew up in Berlin. He became a professor of physiological chemistry at the University of Kiel in 1913, and in 1923, was awarded the Nobel Prize in physiology and medicine for "his discovery of the fixed relationship between the consumption of oxygen and the metabolism of lactic acid in the muscle." Though their children had been baptized as Lutherans, Otto and Hedwig were forced to leave Germany in 1938. They moved to France, where Otto became director of research at the Institut de Biologie Physicochimique. Walter left Germany for England in 1936 to continue his education, and then joined his parents in Paris in 1939 to study at the Ecole de Phisigne et Chimie. Bettina had already moved to the U.S., where she was studying medicine at The Johns Hopkins University. After the start of World War II, Walter was briefly interned as an enemy alien. Following the German invasion of France in May 1940, he and his parents fled to southern France. Walter, however, was again arrested and held first in Chambaran for one month and then in Le Cheylard from June to August 1940. He escaped with a forged demobilization document and rejoined his parents in Marseilles. By coincidence the Meyerhofs ended up in the same hotel in Marseilles as Varian Fry, the American diplomat charged with rescuing refugee scholars and artists for the Emergency Rescue Committee (ECR). Though Otto Meyerhof was not on the ECR list, Fry was more than willing to help the Nobel laureate, and in September 1940, Otto and Hedwig arrived in America. Otto became a research professor at the University of Pennsylvania's medical school. Walter, who did not have the appropriate papers, was unable to accompany his parents, but six months later, Fry helped him to secure the necessary exit visa and get to Lisbon. In April 1941 Walter sailed aboard the SS Conte Real to the United States, where he finished his education at the University of Pennsylvania.