A priest conducts mass among the ruins of the Franciscan convent on Zakroczymska Street in Warsaw where Jewish children were hidden during the German occupation. 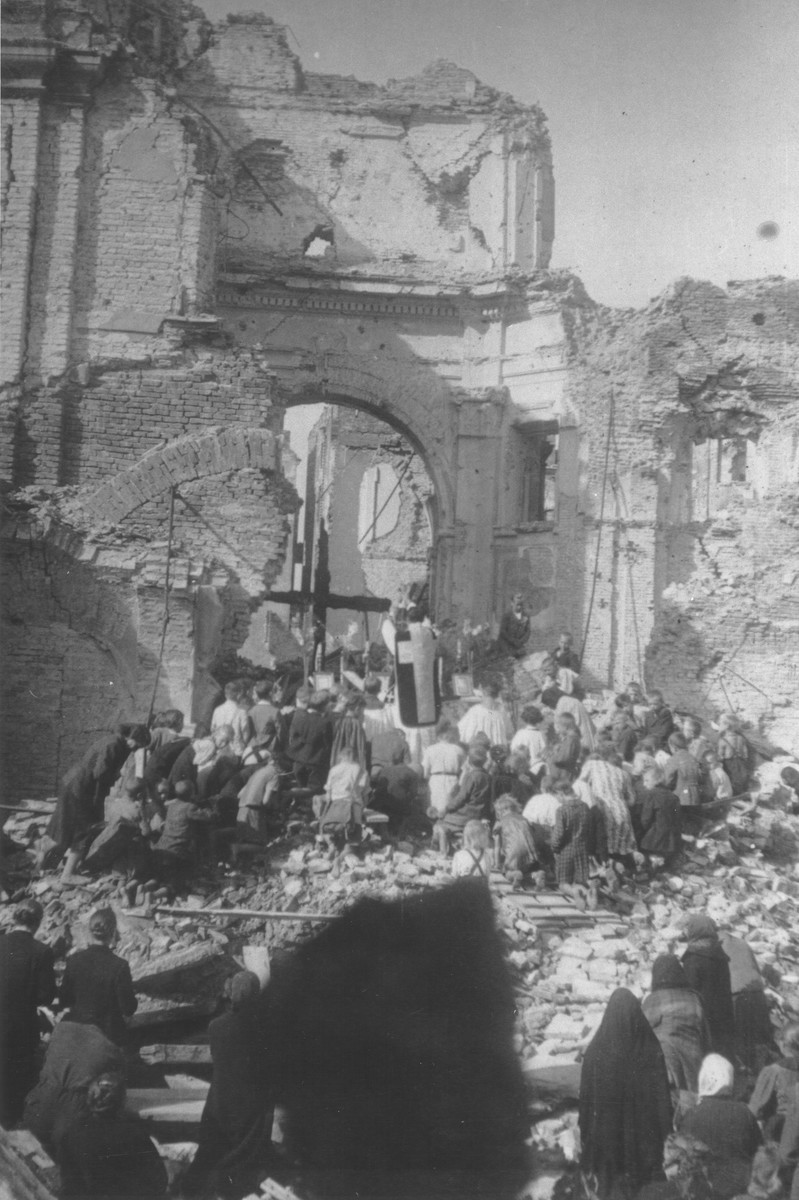 A priest conducts mass among the ruins of the Franciscan convent on Zakroczymska Street in Warsaw where Jewish children were hidden during the German occupation.

The inscription on the back of the photograph reads, "There are more than 1,000 dead buried beneath the rubble."