The Jacobsohn family relaxes outside on lawn chairs. 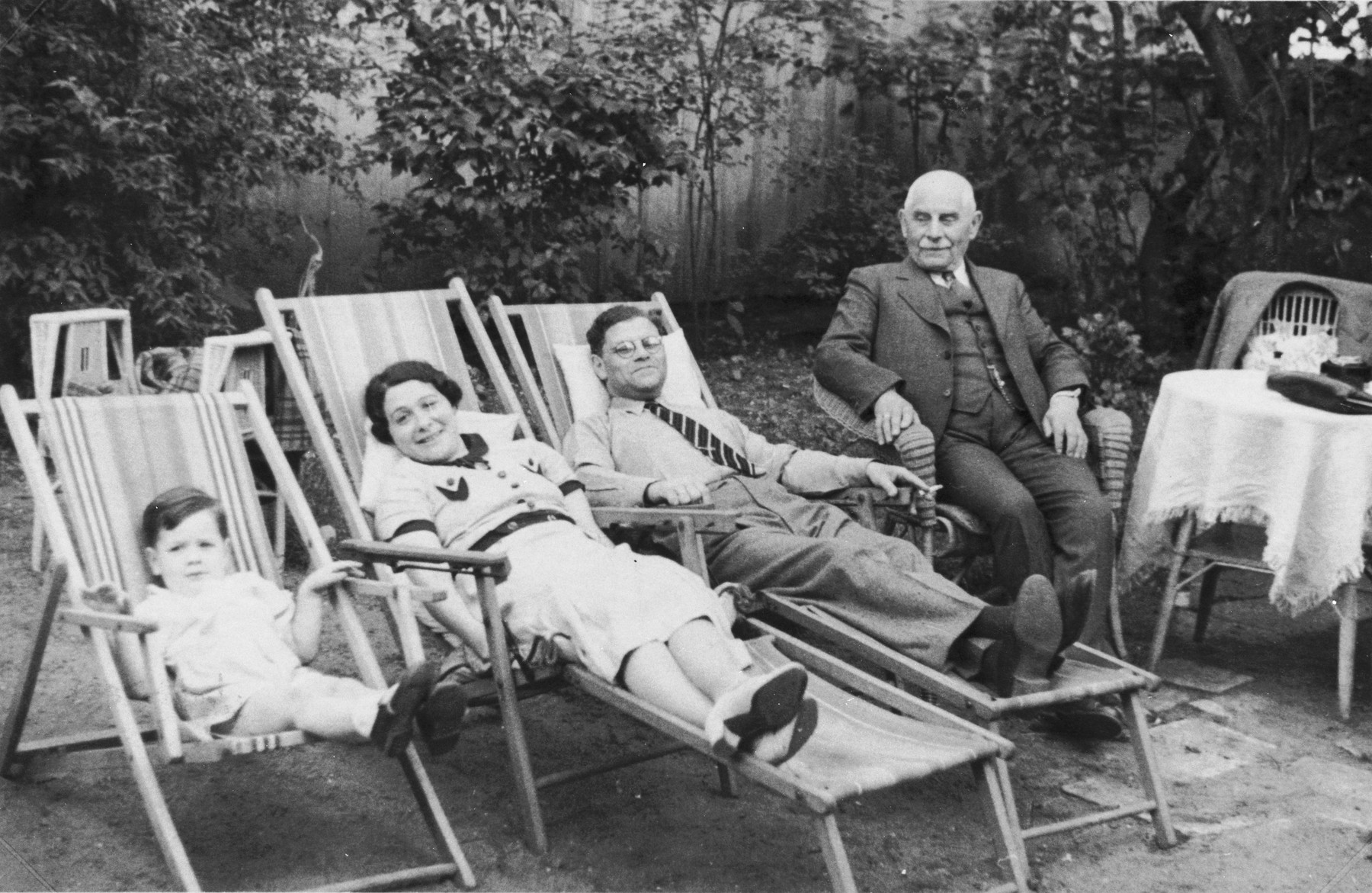 The Jacobsohn family relaxes outside on lawn chairs.

Pictured from left to right are: Rudolf, Margaret and Erich Jacobsohn and Erich's father, George Jacobsohn.