Class portrait of female students at a school in Zagreb attended by both Jews and non-Jews. 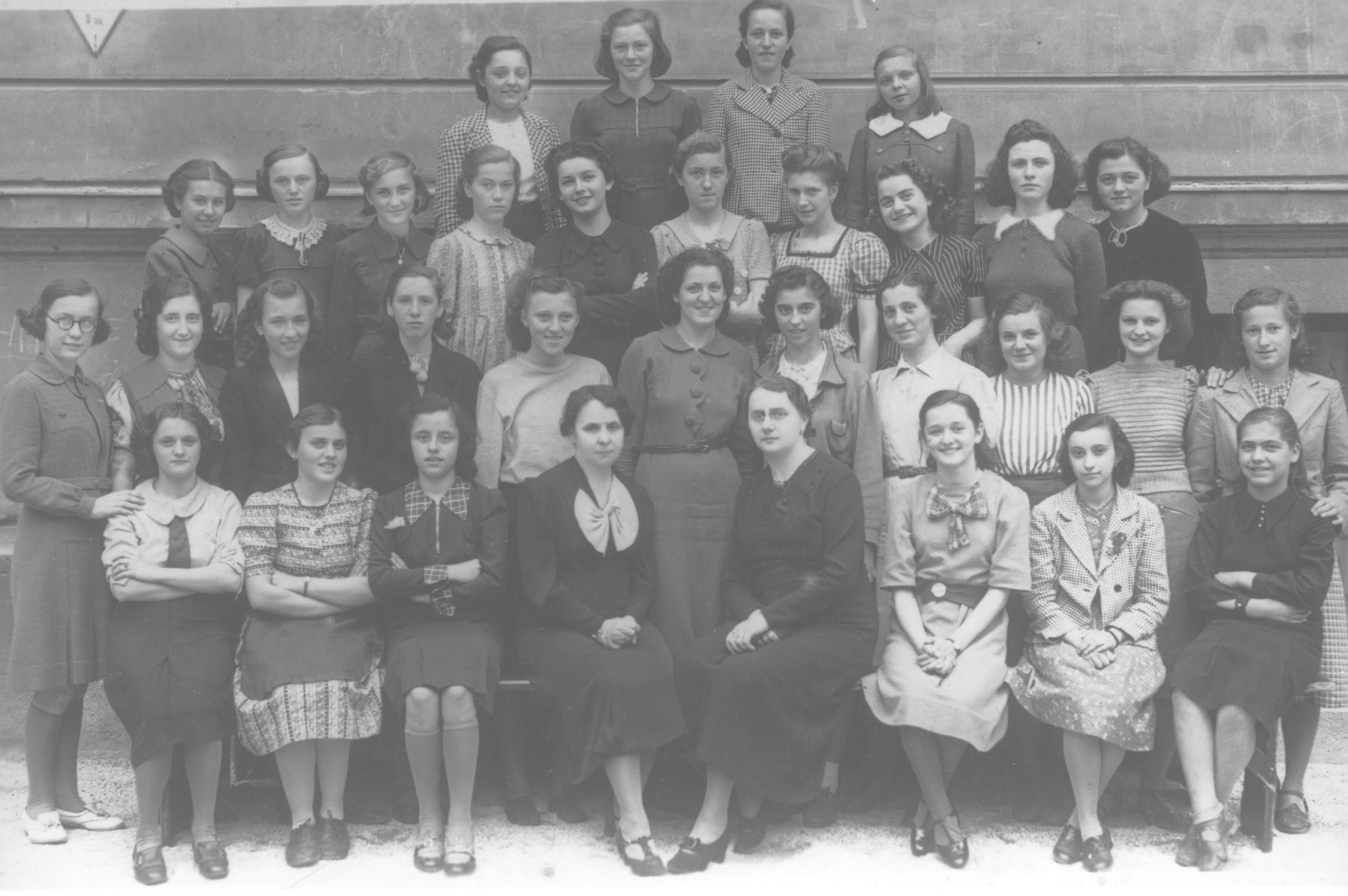 Class portrait of female students at a school in Zagreb attended by both Jews and non-Jews.

Among those pictured is Florica Kabilio (second row from the top at the far right).