Group portrait of members of a Jewish boxing team at a displaced persons camp in Germany [probably Hofgeismar]. 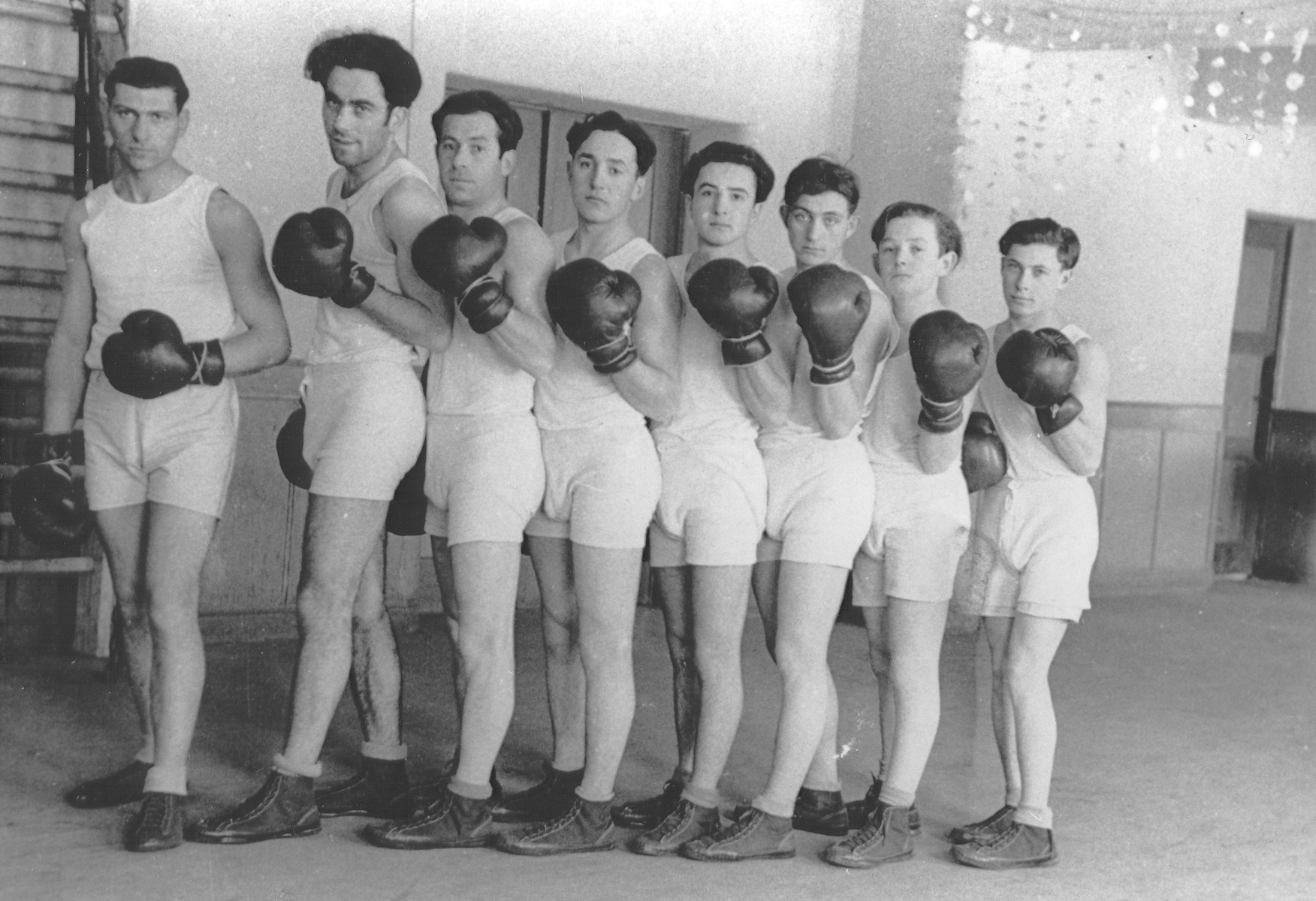 Group portrait of members of a Jewish boxing team at a displaced persons camp in Germany [probably Hofgeismar].

Biography
Hynda Halpren is the daughter of Majzesz Szczukowski (later Morris Kofsky). Majzesz was the son of Mendel and Hynda Szczukowski. He was born April 4, 1920 in Lodz, where his father worked as a shoemaker and butcher. Majzesz had eight siblings: Kyla, Frida, Abba,Toba, Herschel, Itcha, Morris and Esther. In November 1939, Majzesz married Hela Crackower in Bialystok. Following the outbreak of World War II, Majzesz fled to the Soviet sector of Poland. From 1939 to 1941 he was imprisoned in a Siberian labor camp. Subsequently, he was transferred to another camp in Zomin. When the war ended, Majzesz returned to Lodz, but soon moved on to Germany. For three years he lived in the Hofgeismar displaced persons camp near Kassel. In 1948 Majzesz immigrated to Canada. His parents and wife both perished during the war, as did five of his siblings. Only Itcha, Morris and Esther survived.