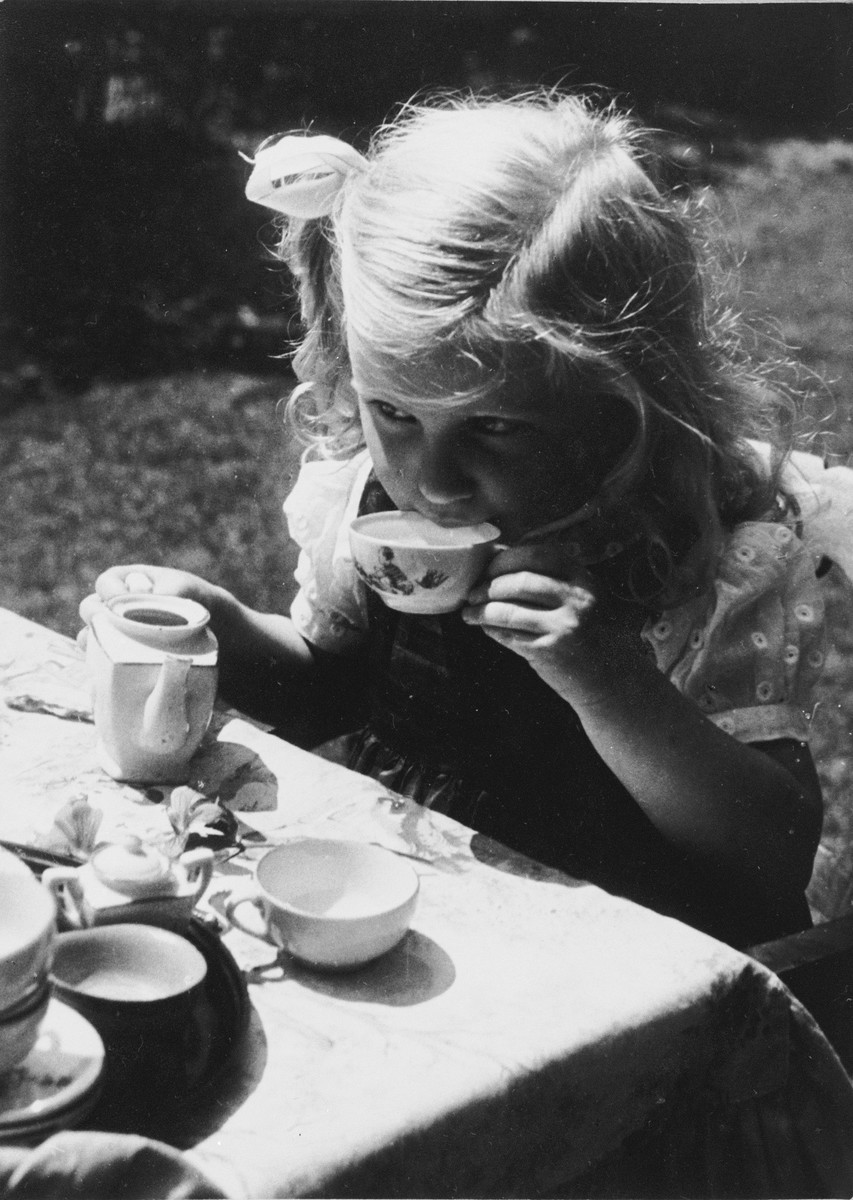 Biography
Siny Natkiel (now Thuis-Natkiel) is the daughter of Herman Natkiel (b. 2/18/16) and Alida Doof (b. 10/21/18). She was born on May 5, 1941 in Utrecht where her father worked as a salesman. Her family was not religiously observant, and following the Nazi takeover of the Netherlands, Herman refused to wear the Jewish star and forbade his wife to wear one. Herman intended to join the Dutch resistance, and left for Belgium in the hope of going to England. Unfortunately he was picked up en route and sent to an internment camp in France as a political prisoner. In the meantime, Alida received word that she was to report to the railroad station for transport to Westerbork. She immediately decided to place Siny in a Kindjeshaven, a home for out of wedlock children. The home, run by Geertruida (Truitje) van Live and her companion Jet van Berlikom, was under the protection of the SS commandant. This allowed them to hide Siny as well as other Jewish children. A local doctor, Dr. Hans Mayer, and his wife Nel, a nurse, volunteered to oversee the health care of the children in the home. They eventually adopted Siny. The young couple had no children of their own, and Siny remained with them from 1942 until the autumn of 1945 when the Natkiels returned to claim her. The Mayers often had German officers living with them, and they told them that Nel had given birth to Siny prior to their marriage. Herman and Alida's return was difficult for Hans and Nel, who had hoped to keep Siny, and traumatic for Siny who, being only one year old when she went into hiding, had no knowledge of her real parents. There was enormous grief in the Natkiel home. Though Alida had survived, hidden by the Beimer family in Friesland, all twelve of her siblings perished during the Holocaust. After the war, Herman and Alida had three more children, Froukje (b. 1/10/48), Berry (b. 3/14/50), and Lydia (b. 9/7/57). Siny continued seeing the Mayers and visited them frequently during her school vacations.