Portrait of Mois Shami, son of Shabetai Shami. He was a manufacturer. He lived at Dr. Raisa 138 in Bitola. 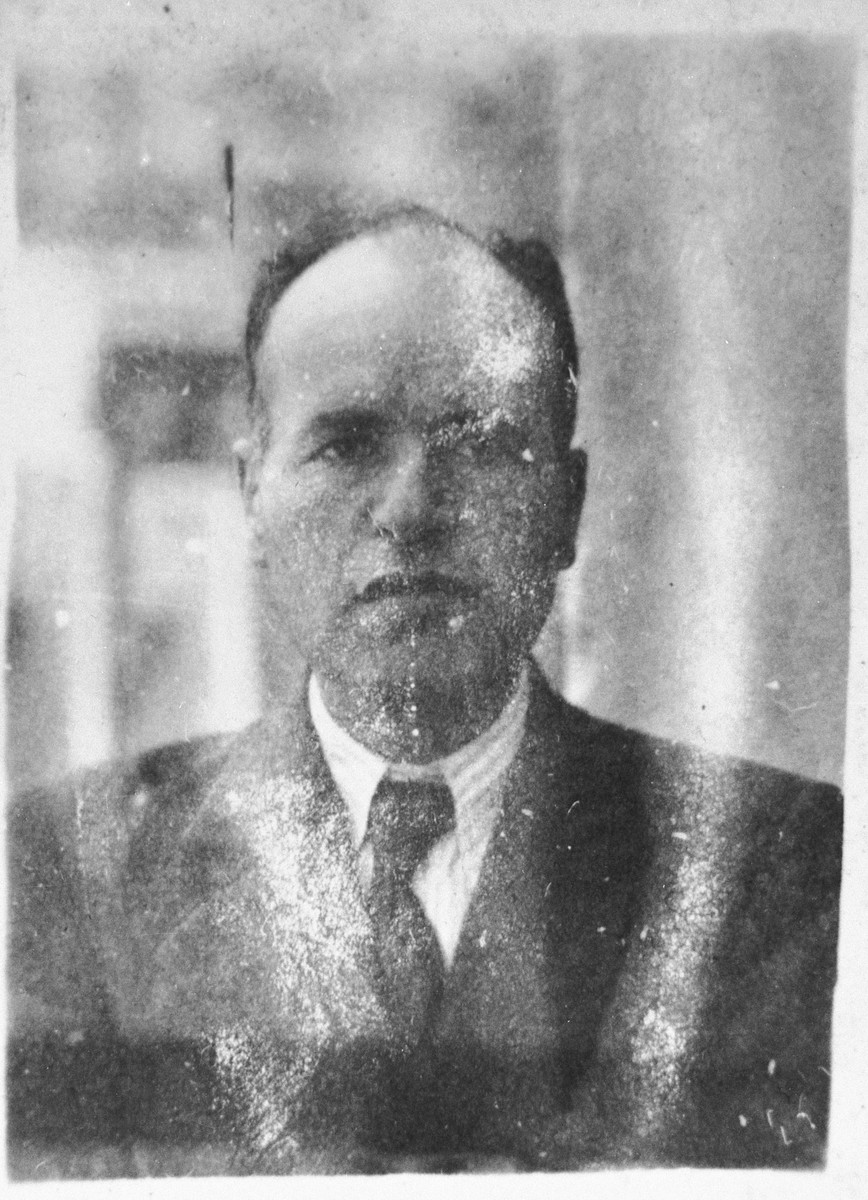 Portrait of Mois Shami, son of Shabetai Shami. He was a manufacturer. He lived at Dr. Raisa 138 in Bitola.

Event History
Individual and family portraits of members of the Jewish community of Bitola, Macedonia, used by Bulgarian occupation authorities to register the Jewish population prior to its deportation in March 1943.
The Jews of Bulgarian-occupied Thrace and Macedonia were deported in March 1943. Between March 4 and March 9, the 4,219 Jews from Thrace were rounded-up and concentrated in the two towns of Gorna Dzumaya and Dupnitsa. Two weeks later, between March 19 and March 21, they were transported in two trains to the port of Lom on the Danube. From Lom they were loaded onto four Bulgarian ships and taken to Vienna, where they were once again put on trains bound for Treblinka. On March 11, over 7,000 Macedonian Jews from Skopje, Bitola, and Stip were also rounded-up and assembled at the Tobacco Monopoly in Skopje, whose several buildings had been hastily converted into a transit camp. The Macedonian Jews were kept there between eleven and eighteen days, before being deported by train in three transports between March 22 and 29, to Treblinka. None of those deported from the Tobacco Monopoly survived.

[Source: Matkovski, Aleksandar. "The Destruction of Macedonian Jewry in 1943." Yad Vashem Studies 3 (1959): 203-58.]
Yakov Aroesti was responsible for identifying the people in the Bitola photographs. Aroesti was born in Bitola, and before World War II he worked as a functionary of the Jewish Community of Bitola. He personally knew many individuals in the community. After surviving the war, he worked for the Historical Archives of Bitola. As an employee of the Archives, Aroesti had access to documents and photographs created during the Bulgarian occupation of Macedonia, dealing with the treatment of Jews and their eventual deportation in March 1943. One of the projects Aroesti worked on was to identify the persons in a collection of more than 1,400 photographs, most of which had been taken in 1942 to comply with an order by the Bulgarian police for all Jews of Bitola to register themselves and their families. Aroesti wrote the name, address, occupation, and relationship of each person on the verso of each photograph. He was engaged on a project, "The Jews of Bitola 1860-1960," until his death in 1960. Some years after his death, all the files in the Bitola archives were transferred to the State Archives of the Republic of Macedonia, in Skopje.

When, in 1997, the USHMM acquired this collection of photographs, the versos were recorded on two reels of 35mm film. In 2001, Isaac Nehama, a USHMM volunteer, working to transliterate the data on the versos from Cyrillic to Latin characters, had the contents of the two microfilm reels digitized.
https://encyclopedia.ushmm.org/content/en/article/jewish-community-of-monastir-a-community-in-flux. https://encyclopedia.ushmm.org/content/en/article/the-holocaust-in-macedonia-deportation-of-monastir-jewry.