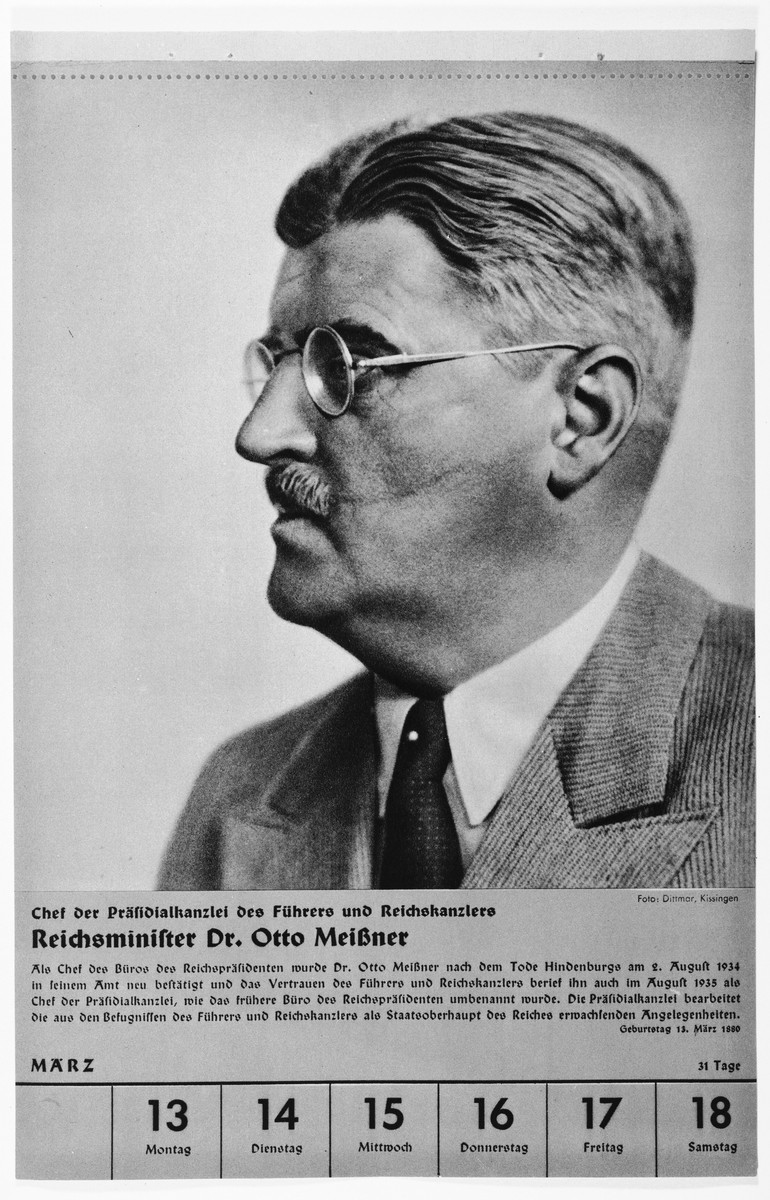 Biography
Otto Meissner (1880-1953) was Head of Hitler's Chancellery from 1934 to 1945. Born on March 13, 1880 in Bischweiler, Alsace, Meissner attended secondary school in Strasbourg before studying law. He joined the civil service as part of the German State railways in 1908 and served in an infantry unit in 1915. Soon after his military service, Meissner joined the military administration in the Ukraine under the Skoropadsky regime and also spent time as the German charge d'affaires to the Ukraine. By 1918 he joined the Foreign Office. Acting as Reich Chancellery from 1920 to 1945, Meissner served under Ebert, von Hindenburg, and Hitler. His relationship with von Hindenberg proved influential in helping Hitler secure the Chancellery. Hitler rewarded Meissner by keeping him on as State Secretary at the Presidential Chancellery and in 1937 he was named Minister of State. Following the war, Meissner was acquitted of war crimes by an American military tribunal and three de-Nazification courts. His memoirs were published in 1950. Meissner died on April 28, 1953 in Munich.