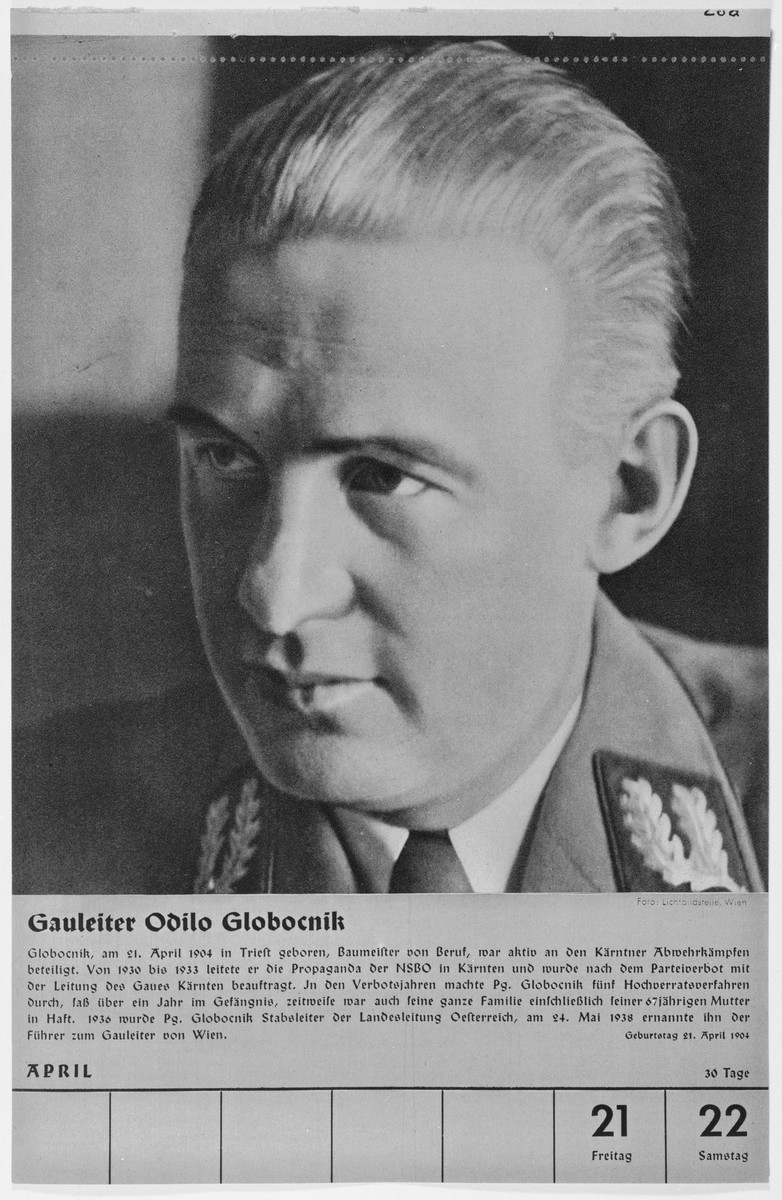 Biography
Odilo Globocnik (1904-1945), SS-Obergruppenfuehrer who was in charge of Operation Reinhard. The son of a German-speaking Slovene family, and a builder by profession, Globocnik joined the Nazi Party in Austria in 1930 and the SS in 1933. That year he became deputy district leader of the party in Austria. Following a year-long imprisonment for illegal political activity, he re-emerged as the main liaison between Hitler and the Austrian National Socialists. In May 1939 after the German annexation of Austria, Globocnik was appointed Gauleiter of Vienna. Though he was dismissed eight months later for illegal speculation in foreign exchange, he was pardoned by Himmler and appointed SS and Police Leader for the Lublin district in November 1939. In May 1942 Himmler put him in charge of Operation Reinhard, the plan for the extermination of Polish Jewry. In this capacity he established the four death camps of Belzec, Majdanek, Sobibor, and Treblinka and ran them with brutal efficiency until they were liquidated in November 1943. After quarrels with high party members and the SS leadership, possibly over stolen Polish art treasures, Globocnik was transferred to Trieste, where he assumed the post of Higher SS and Police Leader of the Adriatic Coast. At the end of the war he fled to Austria, but was eventually tracked down. He was either killed or committed suicide in June 1945.