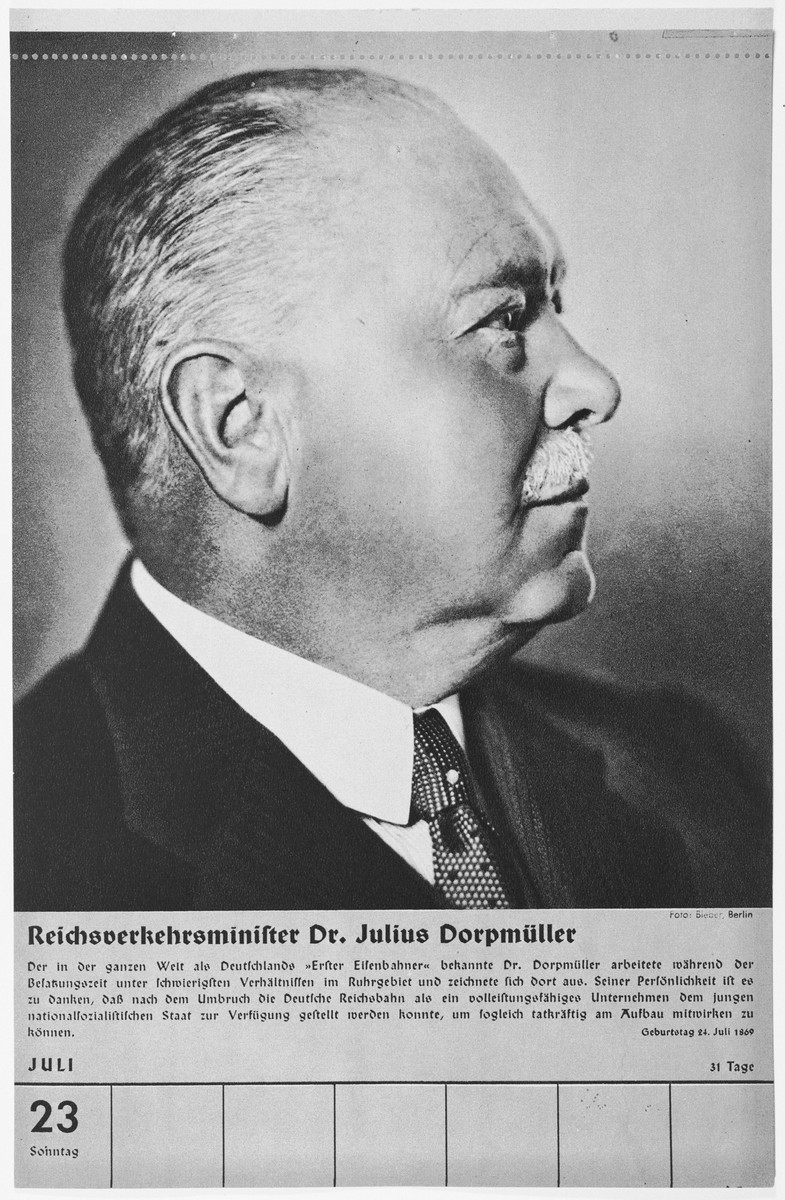 Biography
Julius Dorpmuller (1869-1945) acted as Reich Minister of Transport from 1937 to 1945. Born in Elberfeld on July 24, 1869, Dorpmuller studied engineering at Aachen Technical College and eventually worked with the Prussian railway service from 1893 to 1908. During World War I he spent time working with the railway systems in China. However, in 1917 when China declared war on Germany, he fled back to Germany by way of Russia. Finally returning to Germany, he was named President of the national railroad office in Oppeln in 1922 and appointed as Director General of German State Railways in 1926. Hitler thought very highly of his engineering expertise and named him Chairman of the Autobahn Management Committee. The Nazi Party frequently recognized and awarded Dorpmuller for his work and by 1937 he was nominated Reichsverkehrminister (Reich Minister of Transport). He held his office as Reichsverkehrminister until the end of the war when the Allies asked him to rebuild the German rail system. However, he died on June 5, 1945 in Malente, Schleswig-Holstein.