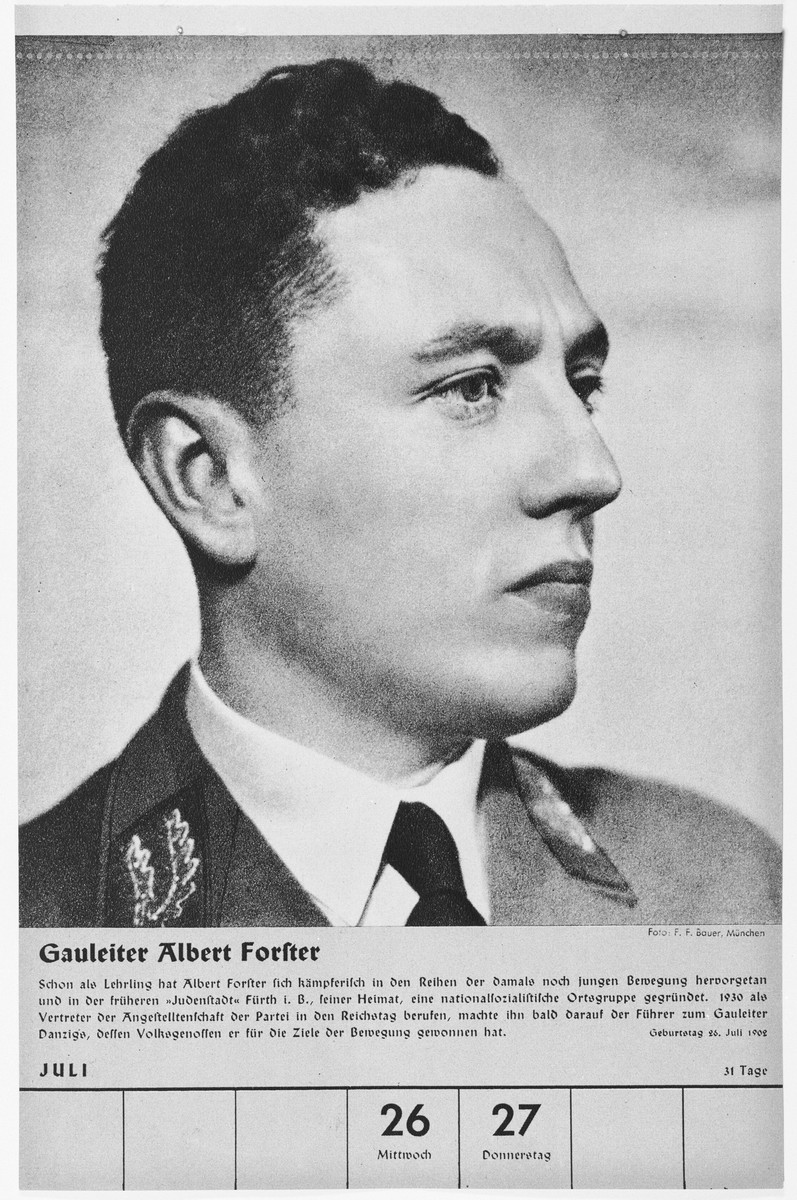 Biography
Albert Forster (1902-1954) was an SS Lieutenant General and acted as Reich Governor of the Free State of Danzig. Born in Furth on July 26, 1902, Forster joined the Furth chapter of the Nazi Party and SA in the twenties. Although he was a bank employee by trade, Forster became a leader in the Nazi Party and SA by the late twenties and was named Gauleiter of Danzig in October of 1930. He was elected a member of the Reichstag for the electoral district of Franconia in that same year. He was also the leader of the shop assistants' group that had recently joined the German Labor Front. Forster slowly gained political control of government policy in Danzig Free State. Directing clandestine and open preparations for the seizure of Danzig by the Germans, Forster was made Reich Regent there just before World War II. Soon Forster became an SS Lieutenant General with a reputation of atrocities against the Polish people. After the war the Poles sentenced him to death, but upon his extradition to Danzig his penalty was commuted to a life sentence.