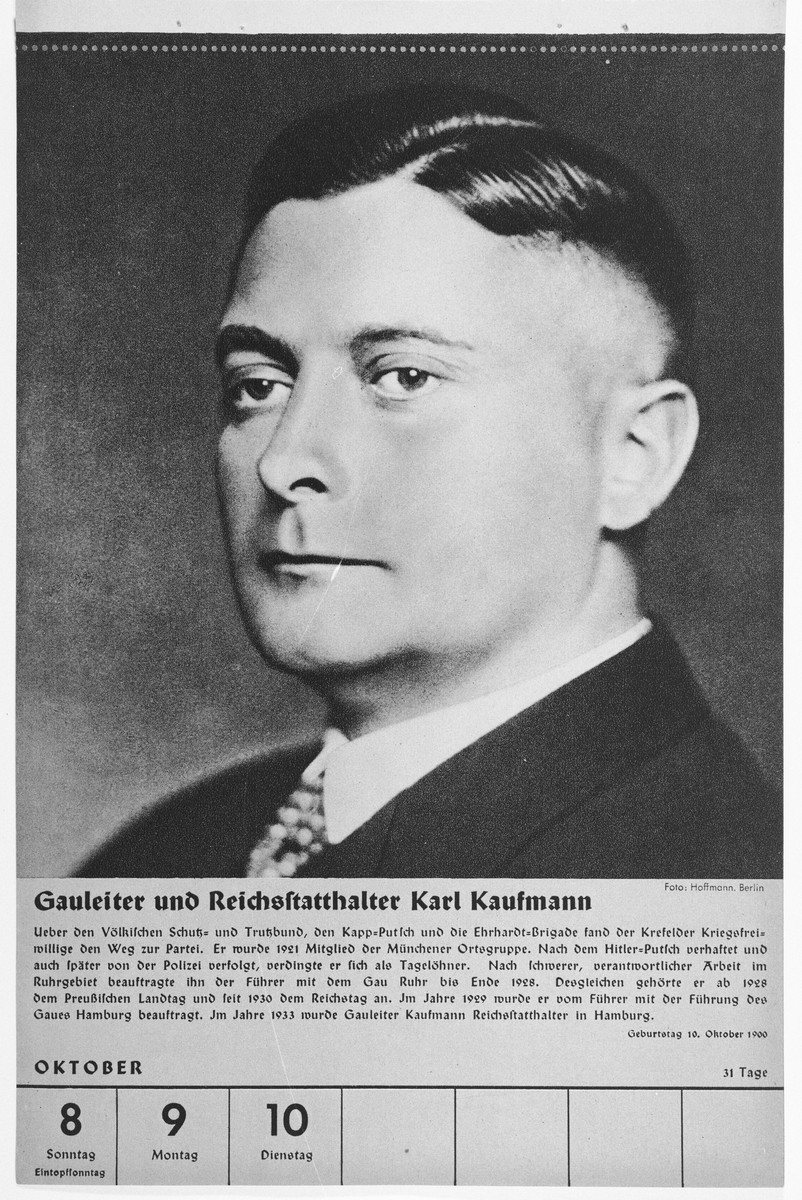 Biography
Karl Kaufmann (1900-1969) was Gauleiter of Hamburg and a well-known Nazi functionary during the Second World War. Kaufmann was born into a Roman Catholic family in Krefeld in October of 1900. He followed his military service in the First World War by joining the Erhardt Freikorps Brigade in Upper Silesia and the Ruhr in 1920. As a co-founder of the NSDAP in the Ruhr in 1921, Kaufmann was appointed Gauleiter of the Rhineland district from 1924 to 1928. In the next two years Kaufmann spent time as a NSDAP member of the Prussian legislature and was elected as a member of the Reichstag in 1930. Following accusations of embezzlement, blackmail, and displaying a fictional Iron Cross, Kaufmann was dismissed from all Party positions that same year. However, by 1933 he was reinstated as district leader and named Reichsstatthalter of Hamburg until the end of the war. During his time in Hamburg, Kaufmann was promoted to SS-Obergruppenfuhrer, Reich Commissioner for Overseas Shipping, and was an active participant in the atrocities at Fuhlsbuettel concentration camp. He remained in Hamburg after the war posing as a businessman until 1948 when he was sentenced to 14 months in prison. His Nazi affiliations landed him in jail two more times until he was released for the last time in March of 1953. Kaufmann died in Hamburg on December 4, 1969.