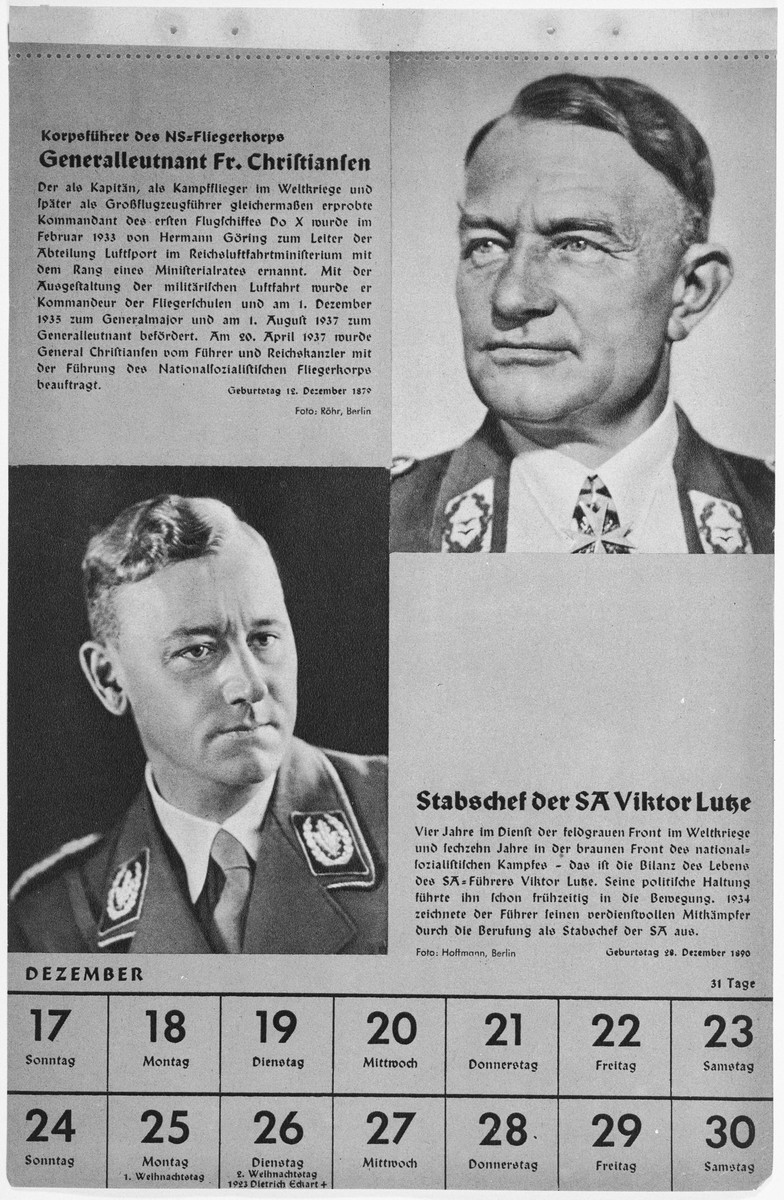 Biography
Victor Lutze (1890-1943) acted as Chief of Staff of the SA following the Blood Purge of 1934. Born in Bevergen in December of 1890, Lutze joined the army in 1912 and served as an officer during the First World War. He entered the NSDAP in 1922 and fought in the Ruhr a year later. Acting as deputy Gauleiter in the Ruhr region and an SA leader by 1924, Lutze was SA-Oberfuhrer in 1928. Lutze represented the electoral district of South Hanover-Braunschweig made when he joined the Reichstag as a Nazi member in 1930. In 1933, having been named Police President and Oberpraesident of Hanover, Lutze was selected as a member of the Russian State Council. After Ernest Roehm was ousted during the Blood Purge of 1934, Lutze, closely linked to Roehm's removal, was named Chief of Staff of the SA. Although he would hold his post with the SA until his automobile death on May 2, 1943, Lutze never regained the same influence or importance the SA held before the purge.