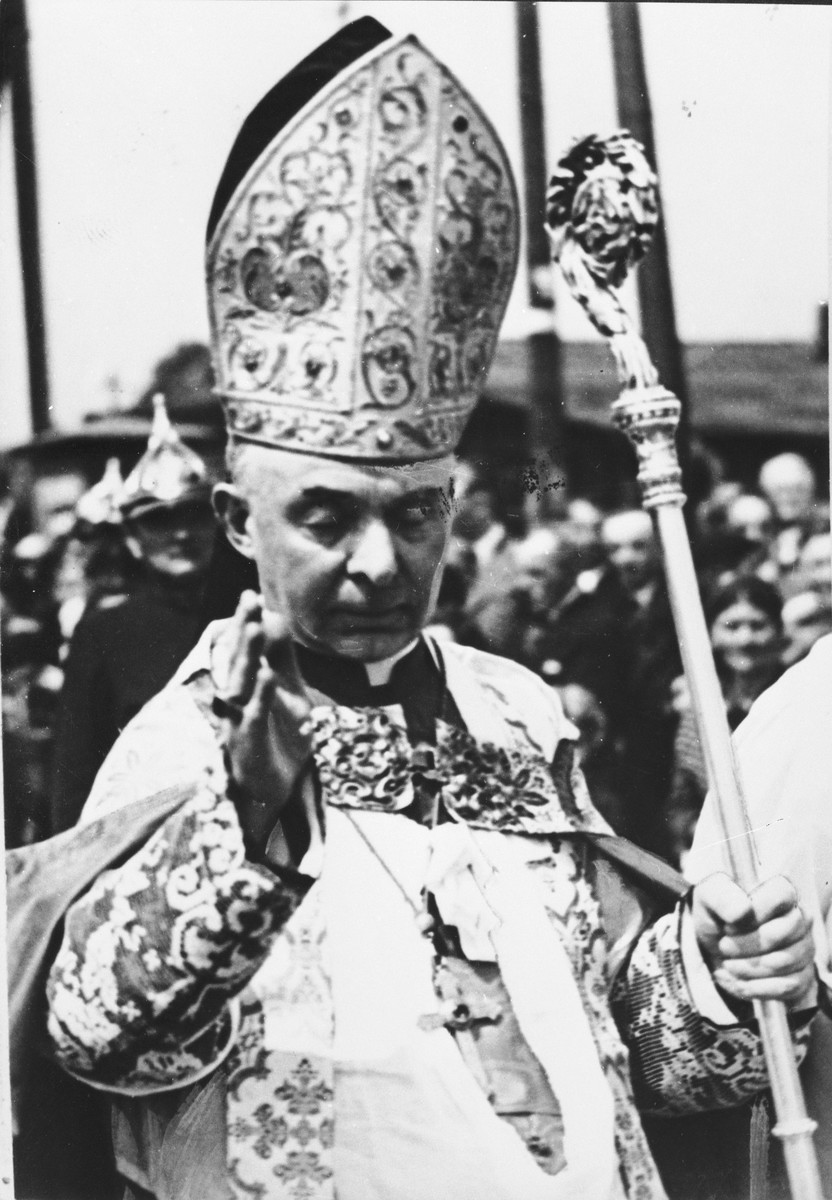 Biography
Monsignor Angelo Rotta (1872-1965), papal nuncio (ambassador) in Budapest, who in 1944 spearheaded diplomatic protests against the Nazi persecution of Jews in Hungary and issued Vatican protective passes that saved the lives of thousands. In May 1944 at the start of the deportation of Jews from the provinces of Hungary, Rotta appealed to the authorities "not to continue this war against the Jews beyond the limits prescribed by the laws of nature and the commandments of God." This note was the first official protest by a Vatican representative against the deportation of Jews. Rotta also exerted pressure on Cardinal Seredi, the Catholic primate of Hungary, to issue a pastoral letter denouncing the deportations, which he finally did only on June 29, 1944,after all but the Jews of Budapest had been sent to concentration camps. After the installment of the fascist Szalasi government in October 1944, Rotta obtained permission to issue Vatican protective passes to Jewish converts to Catholicism. Eventually, he was to issue more than 15,000 such passes , instructing his staff not to closely examine the credentials of the recipients. Rotta also encouraged other church leaders in Budapest to help their Jewish brothers. Attempts were made to reach Jews who had been interned in transit camps in the city and give them baptismal certificates. Those who were released were then hidden in convents and monasteries. The papal nuncio also issued hundreds of pre-signed safe conduct certificates that were handed out to Jews in deportation assembly centers or on death marches. He is known to have personally distributed these documents to Jews in the presence of their SS captors. For those who received Vatican protective passes, Rotta set up several safe houses around the capital. His efforts resulted in the rescue of thousands of Budapest Jews. In 1997 Rotta was posthumously recognized by Yad Vashem as one of the Righteous Among the Nations.