Turkish diplomat Selahatin Ulkumen poses with his son, Memet, and daughter-in-law at their wedding. 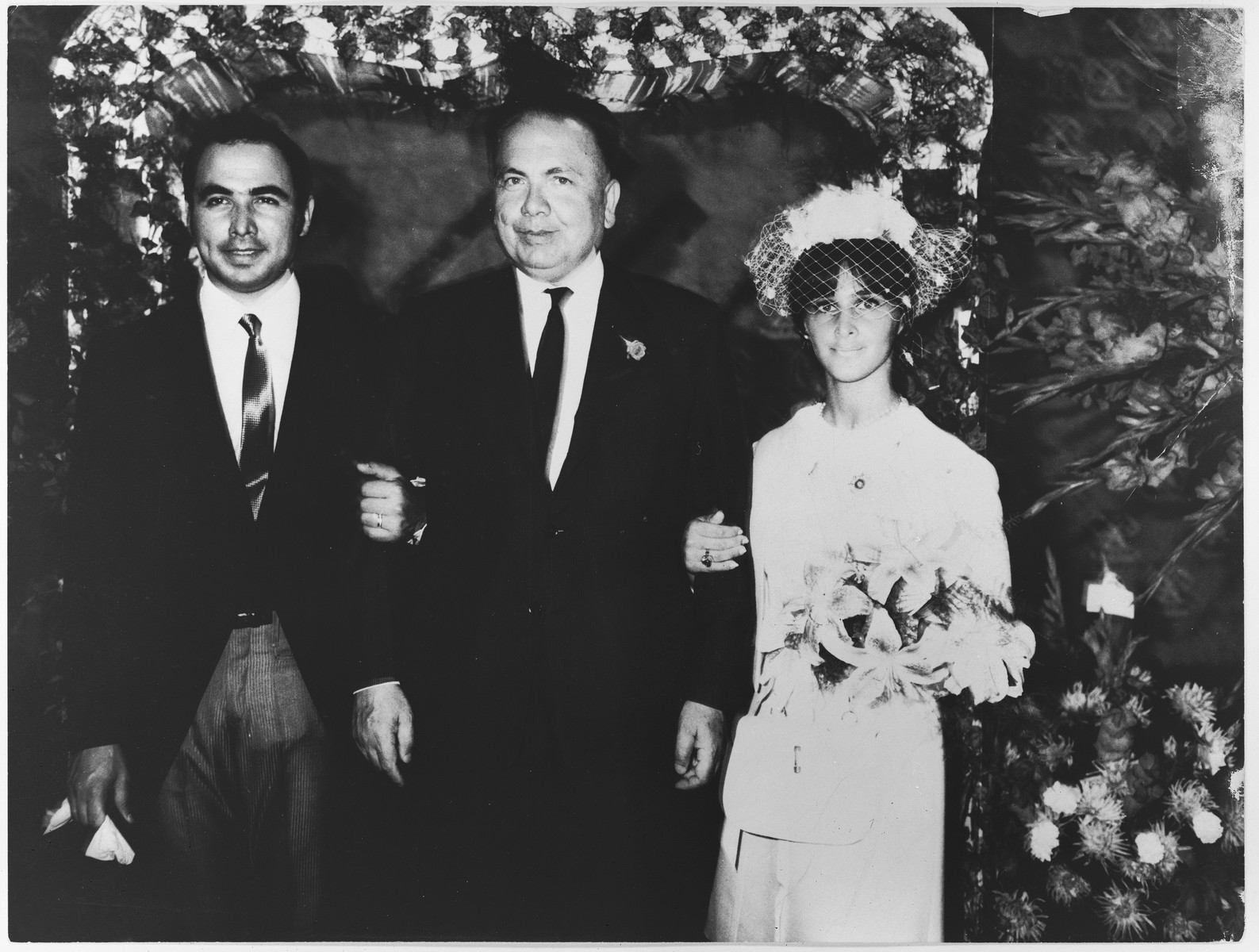 Turkish diplomat Selahatin Ulkumen poses with his son, Memet, and daughter-in-law at their wedding.

Biography
Selahattin Ulkumen (1914-2002), Turkish consul-general on the island of Rhodes during the German occupation, who in 1944 saved 42 Jews from deportation. Soon after Italy withdrew from the war in September 1943, the German army occupied the island of Rhodes and moved to close the Turkish consulate, the last remaining Turkish consulate in Axis-controlled territory. When Turkey protested, German planes bombed the building, seriously injuring Ulkumen's wife, Mihrinisa, who later died. On July 13, 1944 Generalleutnant Ulrich Kleemann, commander of the 999th division established Jewish assembly centers in four cities, and on July 19 all Jews were instructed to appear at Gestapo headquarters. Knowing that they were destined for Nazi concentration camps, Ulkumen approached Kleeman and demanded that he release 42 Turkish citizens who either held Turkish passports or were married to those who did. He fabricated the existence of a Turkish law that the spouses of Turkish citizens were considered to be citizens themselves to buttress his demand. In the end, all those on Ulkumen's list were released, while the rest of the Island's population of 1,700 Jews were deported to Auschwitz. Among those he saved was Albert Franko, who already had been placed on a transport to Auschwitz from Piraeus. When it was determined that Franko's wife was a Turkish citizen, Ulkumen had him taken off the train and returned to Rhodes. In August 1944, when Turkey broke diplomatic relations with Nazi Germany, Ulkumen was interned on the Greek mainland. He was released only on May 8, 1945. After returning to Turkey, Ulkumen continued his diplomatic career. In June 1990 he was recognized by Yad Vashem as one of the Righteous Among the Nations.